2019–20 Data Show Relative Stability in the Year before COVID

Over the past several years, the academic job market for historians has shown clear signs of reaching equilibrium. This stabilization was welcome news compared to the freefall of 2008–10, but the continuation of historically low levels of academic hiring has made the AHA’s annual jobs report rather somber reading. Job ads placed with the AHA Career Center in 2019–20 confirmed the trend toward a new normal. When H-Net advertisements are included, the postsecondary faculty job market for historians grew a modest 0.9 percent last year, fueled by a 7 percent rise in tenure-track positions. 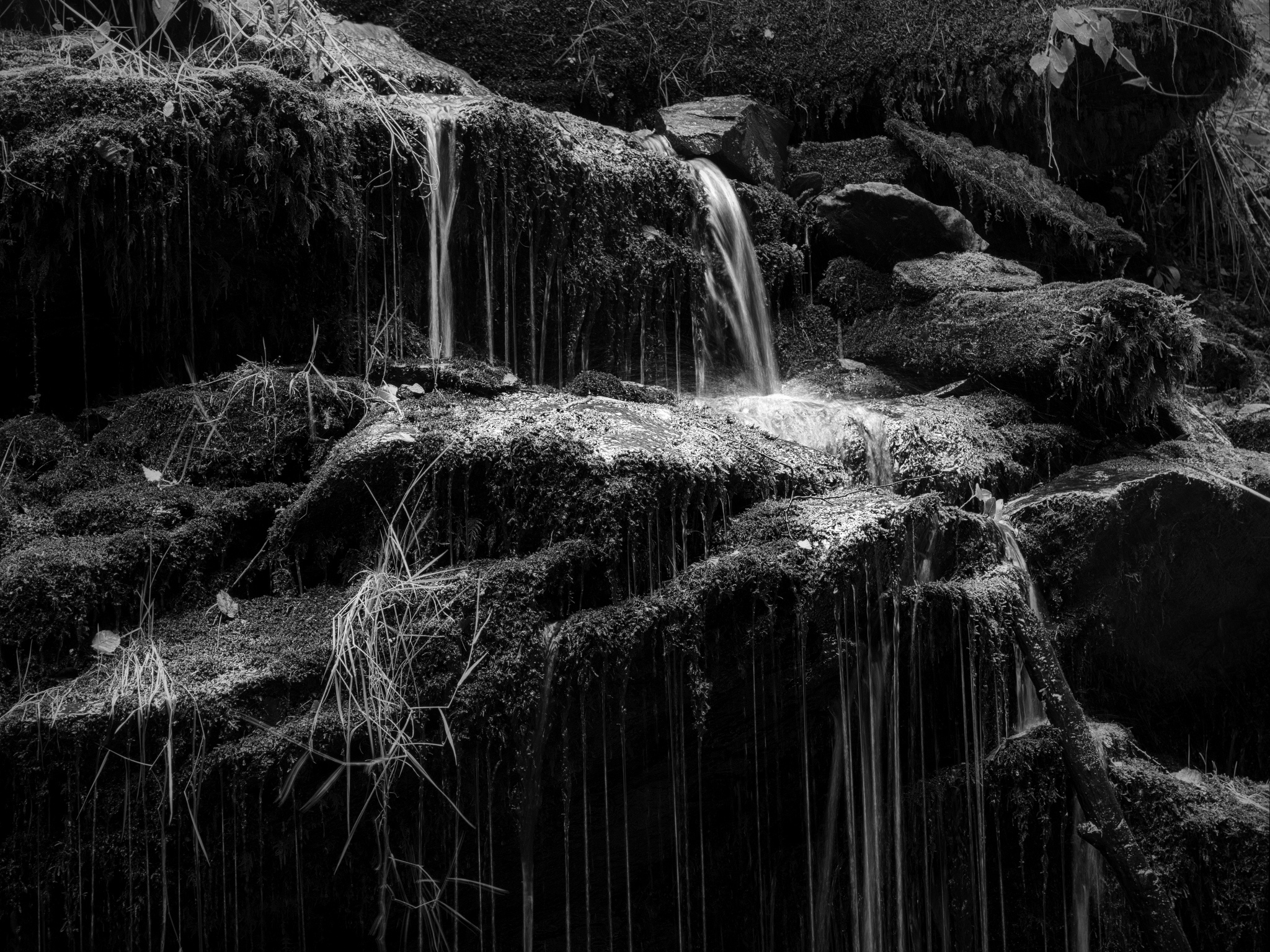 The continued trickle of academic jobs in 2019–20 has made the AHA's annual jobs report rather somber reading. spodzone/Flickr/CC BY-NC-ND 2.0

This is welcome news, but the economic shock of the pandemic has made it all too easy to imagine that what could have been interpreted as a hopeful sign might instead mark a false floor. Thanks to COVID-19, faculty hiring this fall collapsed in both humanities and STEM fields. The long-term effects of the pandemic remain unknown, but in the short term, higher education has been rocked by news of program closures, enrollment declines, and faculty layoffs. The specter of these trends cannot but inform how we read this year’s report, which documents a new normal that might already be a thing of the past.

Last year, the AHA Career Center hosted 512 advertisements for approximately 538 full-time positions, exactly the same number as in 2018–19—a statistical coincidence that reinforces the perception, explored in last year’s jobs report, that academic hiring in the discipline was finally stabilizing. The composition of these positions likewise resembled last year’s report. The number of tenured and tenure-track openings were unchanged, as were the number of positions outside the professoriate. Full-time contingent faculty positions fell from 92 to 72, but those losses were offset by an increase in the number of postdocs advertised, which rose from 79 to 99 (Fig. 1).

Together, the AHA Career Center and H-Net advertised 697 faculty positions open to historians, 534 of them on the tenure track. Two-thirds of these tenure-track positions were located in history departments, with the remainder spread across religious studies, women’s and gender studies, African American studies, and other interdisciplinary fields. The two job boards hosted ads for an additional 124 positions open to historians beyond the professoriate and several hundred postdoctoral positions, many of which encouraged applicants from across (and in a few cases beyond) the humanities and social sciences. In total, the 2019–20 advertising year saw approximately 1,095 positions either specifically designated for historians or for which history PhDs were eligible, advertised on H-Net or the AHA Career Center.

The pandemic has made it all too easy to imagine that what could have been interpreted as a hopeful sign might instead mark a false floor.

The academic job market is also now very much an international one. Just shy of one in five full-time faculty positions and roughly one in four postdocs were advertised by institutions located outside the United States, including foreign satellite campuses of US-based institutions. While some historians view such positions as welcome opportunities to live and research abroad, the large percentage of academic jobs that require international mobility further restrict the options available to many PhDs.

As usual, applicant pools for tenure-track positions were large and talented. As one respondent to our annual survey of job advertisers noted, “Competition is fierce, and it is difficult to select only a few candidates from a very qualified applicant pool. Overall, the situation is dire, with historians—in a range of fields—finding few options and opportunities to pursue their research and teaching interests.” Our survey backs up this perception. We collected application data for 80 assistant professor searches: they had a median of 82 and a mean of 108 applicants. These figures are slightly higher than last year’s, though perhaps lower than conventional wisdom would suggest. Huge pools are not uncommon, but the range of applicants is large; this year’s pools ranged from a modest 14 all the way to 419. Our survey attracted fewer responses about other types of academic hires, but among those who provided data, non-tenure-track positions (primarily lecturer and visiting assistant professor jobs) and postdocs attracted fewer than half as many applicants as tenure-track positions do, on average.

The AHA asks advertisers to identify the primary field of job listings, whether for faculty positions, postdocs, or positions outside the academy. This year’s breakdown by field followed familiar patterns. The number of US history positions held steady, continuing to make up approximately a quarter of all job listings, while hiring for European history positions continued its long-term decline. As recently as 2015, European positions made up 15 percent of all job postings; last year, they fell to just 7 percent—a total of just 38 jobs. The decreasing number of openings in European history has been well documented, while the smaller decrease in advertisements for Asian, African, and Middle Eastern history positions since 2015 has attracted less attention. Some of these declines might be more apparent than real: this report relies on self-reporting for data on field, and the boundaries between geographically defined jobs, thematic positions, world/global history, and the “multiple” and “open” field choices—both of them growing in popularity—are sometimes unclear.

For the first time in over a decade, fewer than 1,000 individuals earned history PhDs.

Across fields, new PhDs continued to face narrow windows for finding tenure-track positions. Of the 58 assistant professor hires about which we have relevant data, 32 were awarded to PhDs no more than one academic year beyond completing their degree. The supermajority of those (22) had graduated less than a year before being hired or did not yet have their PhD in hand. These numbers conform to recent patterns in academic hiring for assistant professor positions, which have favored very recent PhD recipients. Over the past three academic hiring cycles, 53 percent of the 162 assistant professor hires about which we have data were no more than one year out from finishing their degree. Past this point, job candidates became steadily less likely to be hired as assistant professors (Fig. 2).

The reasons for this remain somewhat unclear: It might stem from biases toward new PhDs on the part of hiring committees. It might also reflect the smaller numbers of applicants who are still pursuing tenure-track positions several years after completing their degrees. While the academic job market clearly favors new PhDs, it is worth noting that the number of assistant professors hired more than five years after completing their PhD has continued to slowly grow over the past several decades. In the late 1990s, just 5 percent of new assistant professors were more than five years from receiving their doctorate; that figure is now at 14 percent over the past three cycles.

As has been the case for the past several years, the number of history PhDs awarded declined last year. According to the Survey of Earned Doctorates (SED), 986 individuals were awarded history PhDs in 2019, a 1.7 percent decline from 2018, and the first time in over a decade that fewer than 1,000 individuals earned history PhDs. PhDs awarded in the discipline have now dropped by 16.9 percent since 2014, the recent peak year for new PhDs. SED data indicate that the number of PhDs awarded in European history and American history has decreased by 36 and 26 percent, respectively, since 2014. The number of PhDs awarded in African history has also dropped substantially. In contrast, the numbers in Asian, Latin American, and Middle Eastern history and history of science have been more stable. Changing scholarly interests could account for some of these shifts, but it is also possible that students and admissions committees might be reacting to hiring trends in academic fields (Fig. 3).

The annual jobs report is one of the AHA’s most heavily used resources because it provides current, historically contextualized information about professional opportunities within the academy, the place where most history PhDs hope to build careers and the traditional foundation of the discipline. But the world from which the jobs report grew has changed. Though still capable of capturing trends, the primary purpose for which it was always intended, it is often read as though it were cataloging absolute numbers. Its signature graphic—the dual-line graph of AHA job ads and new PhDs—visually reinforces outmoded assumptions that the career paths of history PhDs ought to be restricted to academia and reduces the experiences of members of our community to a horse race between two diverging lines. The likelihood of further structural changes in academic job markets and shifts in the size and composition of the discipline within doctoral programs magnify the need for a new approach.

Beginning next year, the AHA jobs report will be split into two data-driven pieces.

Beginning next year, the AHA jobs report will be split into two data-driven pieces designed to increase our coverage of trends inside graduate programs and the academic job market. In the fall, we’ll release a detailed account of the 2020–21 hiring cycle, a change in publication timeline that will get vital information about the academic hiring environment into the hands of interested readers in advance of the 2021–22 hiring cycle. In the winter, we’ll report on trends in graduate education in the discipline, a new companion to our reporting on undergraduate majors and enrollments. This report will make fuller use of federal and AHA data to not only track the numbers of new MA and PhD recipients in the discipline, but also better attend to shifts in fields, program size, demographics, and the career paths available to new PhDs. During what look likely to be more troubled times ahead for the discipline, the humanities, and higher education, we will need rich data about faculty hiring and the internal processes and characteristics of graduate programs in order to advocate for the future of our community of historians.

Dylan Ruediger is the coordinator of Career Diversity for Historians and institutional research at the AHA. He tweets @dylan_ruediger.