Today’s What We’re Reading features the recovery of lost voices, Bill Gates and Big History, spaceships, and much more!

ArchNet and the Aga Khan Museum provide syllabi on Islamic architecture and links to resources for conservation and preservation.

Online exhibitions about the history of slavery in the Atlantic world.

So Bill Gates Has This Idea for a History Class …

The New York Times reports on the history of a Big History course taught in some American, Dutch, and Australian high schools.

Historian Will Thomas offers a thoughtful and informed commentary on the continuing debate over the new Advanced Placement US History framework.

Efforts to improve communication between the scientific community and the general public have increased understanding, but also controversy.

Third Rock from the Sun

NASA announced the recipients for Commercial Crew Program contracts on Tuesday, with SpaceX and Boeing both winning contracts for their proposed “space taxis.” The promotional videos to each are linked below and detail the capabilities necessary for a 21st-century crew capsule. 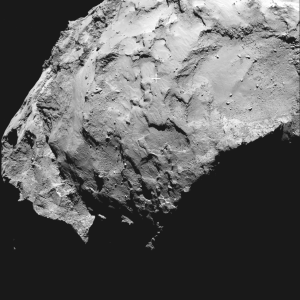 Elsewhere in the Solar System

The European Space Agency’s spacecraft Rosetta is preparing for a November landing on its target, Comet Churyumov–Gerasimenko.

NASA’s latest orbiter mission to Mars, MAVEN, is almost ready to add to the wealth of Martian knowledge.