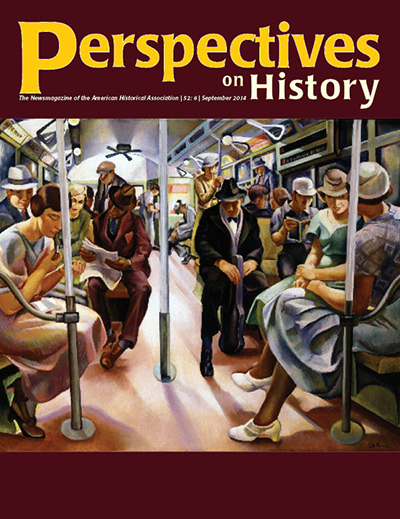 As we started preparations for the 2015 annual meeting in New York City, we were struck by this painting by Lily Furedi. Image used courtesy of the Smithsonian American Art Museum, which provided the following information: "Lily Furedi's Subway was painted as part of the Public Works of Art Project-the first federal government program to support the arts nationally. Artists from across the United States who participated in the program, which lasted only six months, from mid-December 1933 to June 1934, were encouraged to depict 'the American Scene.' The Smithsonian American Art Museum has an unparalleled collection of vibrant artworks created for the program, which are a lasting visual record of America at a specific moment in time. Lily Furedi's Subway was part of the museum's touring exhibition 1934: A New Deal for Artists, organized to celebrate the 75th anniversary of the Public Works of Art Project. The painting is currently on view at the museum as part of an installation of artworks from the 1930s titled Experience America."