Mixtapes contained tiny archives. In the heyday of the portable cassette—which overlapped with King Vinyl before the great extinction-by-compact-disc of the 1980s—they allowed DJs and freestyle rappers to circulate their work to a micropublic. Unlike Grateful Dead concert bootlegs (which also united a public), mixtapes put individual virtuosity at the center of their aesthetic. As cassettes saturated suburban bedrooms and tape decks became fixtures in cars, young music fans created mixtapes for their own pleasure and to exchange with peers. Today, hip-hop artists still drop mixtapes (making new tracks or remixes available for download), and cassettes are fixtures in many prisons. But the “tape” part of mixtape is now a throwback. Which is one reason we as historians can appreciate them. 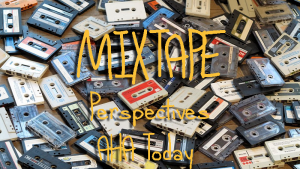 This summer, the editors of AHA Today and Perspectives on History teamed up to create a mixtape. We’ve come up with a set of tracks to keep road-trip spirits high, rock a house party till the cops show up, and definitely win the affections of a school crush. Just kidding—these are stories from AHA publications over the past year that inspired us, made us stop and think, and generally provided evidence that “historian” is a great thing to be. Were this a true mixtape, our selection and organization would have to stand on their own, reflecting our own idiosyncrasies and personalities. Since this isn’t quite the case, here’s a roadmap: Side A, “Being a Historian,” focuses on careers, while Side B, “Doing History,” shows the importance of our research in public conversations. We see this tiny archive as a gift from us to you. Now play it loud.

Side A: Being a Historian

Facing Slavery’s Legacy at Georgetown: What Can Historians Contribute?—Adam Rothman
Facing “pressure from the present,” historians help the university reckon with its past.

My First Year beyond the Professoriate: “Challenge and Opportunity” for a New Special Collections Curator—Thai Jones
What do John Jay and Lenny Bruce have in common? One new historian found out.

My First Year on the Tenure Track—Marsha Barrett
In a small city in Mississippi, everything came as a surprise—often pleasantly.

Beyond First-Day Jitters: Teaching While Introverted, Shy, or Both—Erika Vause
It’s not only the effortlessly outgoing who can lead a class.

From History to Logistics: How My Degree in History Helps My STEM Career—Jonathan Lewis
One of the most popular entries in our What to Do with a BA in History series.

Teaching Environmental History in US and World History Survey Courses—Allison Frickert-Murashige
As part of the NEH’s Bridging Cultures initiative, a historian discovers her inner “science nerd.”

Quantitative Literacy for Historians: Who’s Afraid of Numbers?—Nicholas Mulder and Madeline Woker
From the AHA Career Diversity initiative: why you will use math in real life.

The Question of Career—Karen Marguerite Wilson-Ama’Echefu
Where does a historian-storyteller begin the narrative of her career?

View from the Exhibit Hall: A Publisher’s Guide to Dos and Don’ts at the AHA Annual Meeting—Amy Lee
Got your elevator pitch ready? Good, but there’s more to meeting with an editor.

The Privatization of Animal Life and the Future of Circus Elephants in America—Susan Nance
The history of animals in entertainment suggests an uncertain future for retired elephants.

A Typology of Colonialism—Nancy Shoemaker
Settler colonialism: is that all there is?

Distance, Empathy, and the Challenge of Interpreting an Intimate Past—Eladio Bobadilla
An AHA grad student summer blogger encounters unexpected turns in his research on Latino immigrants.

Can the South Asian Academic Speak from Abroad? Colonialism and Anticolonialism in Modi’s America—Priya Satia
According to some, working outside the subcontinent disqualifies one from criticizing India.

Inspiration and Perspiration: A Sculptor Reflects on His Historical Method—Rob Firmin
The author works in archives to “write” in bronze and light.