Change over Time Written in the Historic Architecture of Barbados

Typical historical research is not sweaty business. In fact, as I began this, I was shivering in the reading room of the Barbados National Archives—an airy, light-filled space inside a 19th-century leper hospital with gorgeous pine floors stained the color of Barbadian mahogany. In contrast to days spent in the archives, fieldwork can come with heat, humidity, and lots of dirt depending on the site. Visiting a manicured historical site that has to conform to visitor expectations about accessibility, for example, is generally less hot, humid, or dirty, whereas pulling off the road to climb around a derelict building can evoke one’s inner Indiana Jones. 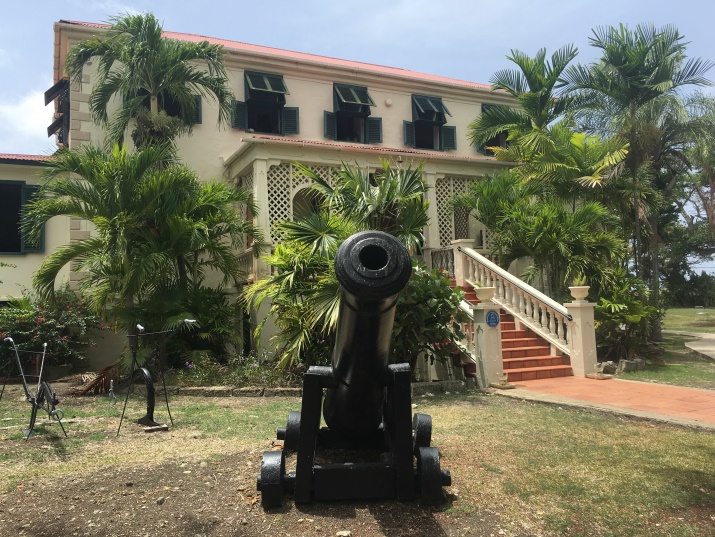 My dissertation compares plantations in Virginia, South Carolina, and Barbados, and I came to Barbados this summer looking for historic structures on the island. Because of several major hurricanes and the widespread loss of records, it is unclear what dates to the 18th century; in 1945, Thomas Waterman wrote that apart from several 17th-century houses, nothing remained from before the 1830 hurricane, but because he was focused on the buildings’ “style” he missed other indications of age. Besides plantation houses, I was hoping to find as much historic architecture as possible in order to better understand the building techniques used on the island throughout the 17th, 18th, and 19th centuries, in part to create a timeline of building practices and materials that would allow me to date different structures. This meant looking at different types of buildings in all kinds of conditions. Fortunately, there is a basic similarity in how historians can approach any building, and that is to identify markers of change over time (even without a precise timeline for those changes). 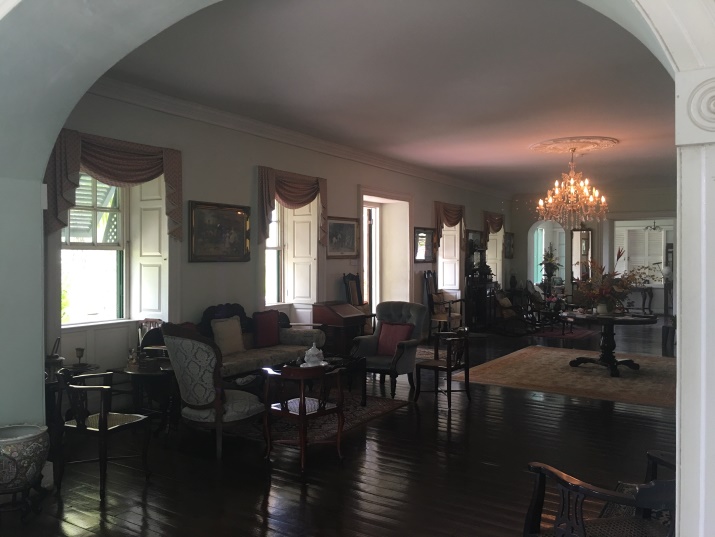 On a sunny Friday morning, I headed to Sunbury Plantation House in St. Philip, which was supposedly built in the 17th century by an Irishman named Matthew Chapman. While the building’s plan doesn’t necessarily negate this, I’m wary of such statements for two reasons. First, it’s important to distinguish between the establishment of a property through a deed or charter and the actual point when the plantation was occupied and/or the house was constructed. Second, being the “first” or the “oldest” imparts both architectural significance and tourist cachet—who wants to visit the second oldest when they could visit the “oldest”? The significance attached to the earliest known date obscures the fact that buildings change in meaningful and observable ways that are nonetheless important—time and history march on, regardless of what we want to believe. 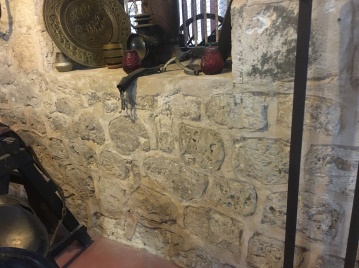 I was initially skeptical of what I would find at Sunbury because I knew that the house had suffered a devastating fire during the 1990s and that the woodwork had been replaced. Also, without being able to see behind the paint and plaster, I knew that I wouldn’t be able to find the tool marks for which I’d been searching—gaining a better understanding of which tools were used helps establish a timeline of building practices. For example, circular saws did not become common in the United States until after 1810, so the regular, rounded marks of the circular saw on a wooden board signify that it was cut sometime after then. 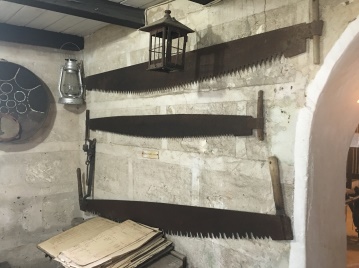 Cut coral stone beneath the sunporch addition at Sunbury. Photo by Erin Holmes

From the outside, Sunbury appears to be a giant block surrounded by a shady, latticed verandah. A parapet—a section of the exterior wall raised above the actual roofline—conceals the edge of the M-shaped metal roof. Usually the roof will offer some clues about the building’s framing, but I’ve learned not to trust them in Barbados—they’re the first thing to blow away during a hurricane. Past the enclosed verandah is the main room of the house where one is greeted by wax models of the (still living) owners surrounded by antique mahogany furniture. At one end of the room, three narrow doorways lead to “the planter’s office” and at the other, a single large, arched doorway. A similar archway forms the main connection between the two large rooms on the first floor. From the outside, it becomes clear that the planter’s office was a later addition, as was the enclosed sunporch on the opposite end. Evidence in the basement supports the likelihood that these were later additions: The core block of the house has a foundation of coral rubble stone commonly found in buildings from the 17th century, while the portion beneath the sunporch is built from the regular cut blocks of coral that came later.

The second main first floor room, the dining room, runs the entire length of the house with a large staircase at one end. Four of the doors/windows on the rear align with ones on the front—one of them, however, is significantly larger and doesn’t match the front, suggesting that while the two main sections of the house were built simultaneously, there were later alterations. Building alterations can provide a variety of information about the later periods of occupation. At Sunbury, they may indicate a cultural change in ideas about the labor of plantation management (that it was separate from the household and therefore required a separate space) or that the household itself had changed (many Barbadian plantations became absentee operations in the 19th century and resident managers were put in place). 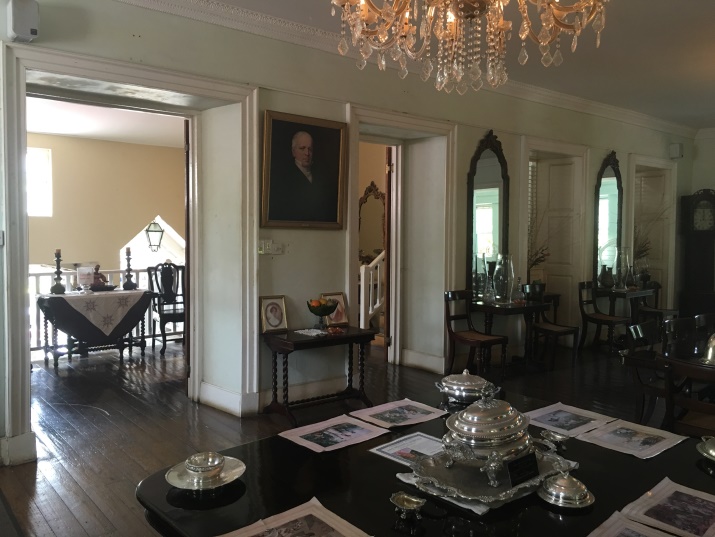 Dining room at Sunbury. Note that the closest door is much larger than the other three. Photo by Erin Holmes

In examining any house, historians can begin by looking for signs of change over time. What matches? How do the different pieces relate to one another? Can you identify different building materials? Buildings can sometimes be more like an entire sheaf of documents than a single one. Each alteration documents a change—a change in occupation, a change in use, a change in personal preference—that left a tangible legacy for future generations. The 17th-century core and the various changes to Sunbury, most of which appear to be from the end of the 19th century or beginning of the 20th century, reveal the house’s continued occupation and the lack of change in the way it operated. In my next blog post, I’m going to look at some landscapes in South Carolina that did change significantly with each generation, and discuss how to work with the documentary and archaeological remains of historic buildings.