America’s Quest to Change China: Reflections on the History of US-China Relations

The United States has held great ambitions for China for a very long time. Prior to the 1949 Communist revolution, the American public cherished the idea of China as a Christian, capitalist, and democratic nation.

Western religion would enlighten people who were perceived as backward and heathen; American business would lift the Chinese out of poverty; and liberal education would inspire progressive government. The long-standing missionary impulse to save the Chinese was reinforced when the United States allied with Chiang Kai-shek against Japan during the Second World War. Franklin Roosevelt envisioned that China would become a pro-American anchor for peace and stability in East Asia when the war ended. 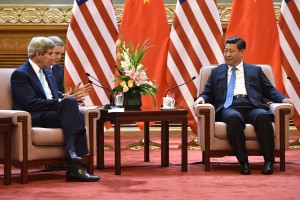 US secretary of state John Kerry meets with Chinese president Xi Jinping in July 2014. Credit: US Department of State. Flickr

History, as we know, took a very different course. Americans were shocked and dismayed when Mao Zedong’s Communists took power from Chiang’s Nationalists, who fled to the island of Taiwan. Accusations of incompetence and even treason were hurled at the Truman Administration over of the so-called “loss” of China. As the Cold War set in, Beijing’s new leaders branded Americans as imperialists and the new People’s Republic went to war with the United States in Korea. America’s dream for China had become a nightmare.

But hopes for a China that would share Western interests and values sprang back to life with Nixon’s famous trip to Beijing in 1972. After diplomatic relations were established in 1979, America’s liberal prophecy, dormant for decades, was resurrected as US corporations rushed to set up joint ventures and universities created training programs for young Chinese in science, law, and international relations.

Every president from Nixon to Obama has agreed that a prosperous and peaceful China is a better alternative than a poor and angry China. Each administration has accepted the premise that economic success, a growing middle class, and participation in the international community would move China in the direction of market capitalism. It was assumed that cooperation and engagement would pave the way to Western-style freedoms. The trauma of the 1989 Tiananmen Square Massacre disrupted this narrative, but it was resumed full force as China’s economy started to boom in the early 1990s.

Now, however, America’s optimism about China’s future is fraying again. President Xi Jinping’s determination to ensure the survival of the Communist Party—which is threatened by massive corruption and social unrest—has led to censorship of the Internet, a crackdown on human rights, and prohibitions against teaching “Western values.” There are, of course, many Chinese who want economic and political reform. They favor an independent legal system, adequate protection of human and labor rights, genuine freedom of expression, and predictable means to address grievances. Yet the party appears to be moving toward Maoist-style authoritarianism instead.

In the United States, there is a growing sense of disappointment, disillusion, and alarm over China’s current direction. Anti-China rhetoric over trade and jobs has escalated; alarm over Beijing’s recently announced foreign NGO management law is spreading; and fear of a military clash in the South China Sea is mounting. The long-standing consensus on engagement with China is being questioned and a growing number of observers are asking if Washington’s China policy failed. There is an unspoken worry that the United States is on the verge of “losing” China for a second time.

At this critical juncture, we need to recognize some fundamental differences between the past and present. First and foremost, China is no longer a weak supplicant subject to well-meaning American paternalism. Second, there is no viable alternative to Communist Party rule in China for the foreseeable future. Third, the Chinese and US economies are interdependent and a trade war would seriously damage both. And fourth, despite major disagreements, our two nations share crucial interests beyond trade and investment, ranging from cyberspace and the environment to restraining Iran’s and North Korea’s nuclear ambitions.

Americans cannot lose what has never belonged to them, a truth that was not accepted in the wake of Mao’s victory almost 60 years ago. Washington should protest repression in China, but also needs to realize that China will pursue its national interests—and its quest for wealth and power—on its own terms. A convergence of values seems more unlikely than ever, but a new Cold War is an unacceptable alternative. 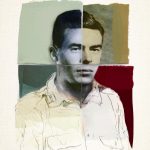 Terry Lautz is the author of John Birch: A Life(2016). He is a trustee and chair of the Harvard-Yenching Institute and former vice president of the Henry Luce Foundation.

Established by the AHA in 2002, the National History Center brings historians into conversations with policymakers and other leaders to stress the importance of historical perspectives in public decision-making. Today’s author, Terry Lautz, recently presented in the NHC’s Washington History Seminar program on “John Birch, China, and the Cold War.”