Kibibi V. Mack-Shelton is a tenured professor of history at Claflin University. She lives in Orangeburg, South Carolina, and has been a member since 1984. 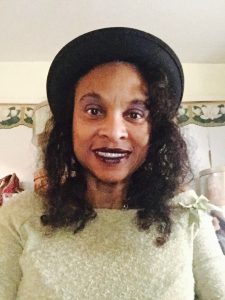 When did you first develop an interest in history?
Personally, I always did quite well academically in history but always saw it as boring, irrelevant, and dry, largely due to the professors who taught me in undergrad. However, at Northwestern University, where I initially pursued a PhD in linguistics, I took a course in sociolinguistics with a professor whose focus was on the languages of Sierra Leone, including Krio English. He provided such a rich historical background to the development of this language until I was more interested in learning about the people’s history rather than their language. It was at this time, I met with a committee of faculty in the history department and they agreed to allow me to transfer over into the history doctoral program, after approval from my CIC Fellowship committee. It was there at Northwestern working with Dr. Ivor Wilks, George Frederickson, John Hunwick, John Rowe, and Sterling Stuckey where I developed a love of both African history and African American history. It was the best decision that I made academically during that time.

My taking courses with Betsey Fox-Genovese on women’s history led to my particular interests in this field of study. However, it was taking an African history class later with Akbar Muhammad at SUNY-Binghamton that led me to want to teach history. His style of teaching history made me visualize it as if I was right there in the middle of the history itself. I could taste the French bread he described in Cairo, Egypt; smell the dustiness from the rain falling on the ground; and see the mannerisms of the people he described. I found the history he talked about to be interesting, relevant, and exciting. It was the first time I felt I was living the history that he spoke about. I knew right then that I wanted to not only teach history but I wanted to do it in the storytelling fashion exactly how Akbar Muhammad did. I also wanted to make my students visually see the history as it unfolded, smell the bread in the marketplace, and understand the relevance of the subject today as Muhammad had done for me. So, my developing an interest in history was twofold: first, my interest in the subject of history began at Northwestern and secondly, my passion to teach history was born at SUNY-B. Thus, I ended up receiving a master’s degree in African history from Northwestern and went on to Binghamton University to receive the PhD in history focused on African American women’s history.

What projects are you currently working on?
I am currently working on an electronic textbook, An Introduction to African American History, for a lower-level African American history course. I was trained to do this via a Gates Grant that my current university was given where I was selected to write an introductory book for one of the college’s First-Year Learning Communities. It was this project that inspired me to focus on writing my own e-textbook for African American history since I now have the skills to do so. It is really a fun project, so far, though quite tedious.

Previously, I was working on a book focused on motherhood/parenting and the rearing of Black daughters from the slave era up to the early 1970s; this study was in search of any West African cultural survivals/continuities, departures, or new transitions that emerged in this process and offers inquiry, answers, and resolutions to current crisis/issues found within this black female community today. To complete this project, I am seeking external funding for research.

Have your interests evolved since graduation? If so, how?
Yes, my interests have evolved and are continuing to evolve. Initially, my focus was only on women in mid-country South Carolina during the progressive and Jim Crow eras; today, I am interested in examining slavery and antebellum women and families in other parts of South Carolina besides Charleston. There is a dearth of research on slavery in middle South Carolina since the focus has largely been on Charleston; I would love to tap into the resources and oral histories to expand the study in South Carolina to discover new information.

Is there an article, book, movie, blog etc. that you could recommend to fellow AHA members?
For history: Black Boy by Richard Wright; The Autobiography of Malcolm X as told to Alex Haley; and Down These Mean Streets by Piri Thomas.

For fiction, the short story: “The Wife of His Youth” by Charles Waddell Chestnutt.

For fantasy: The Twilight Saga—books and films!! Yep! I am a twi-fan!!

These readings provided me with an insight into the African American experience that changed my way of seeing history and viewing this community.

What do you value most about the history profession?
What I value most is the research that historians do; I find it simply amazing how scholars continue to come up with telling new stories initially overlooked or offering unique insight into an old story already told. I value our historical creativity.

Why have you continued to be a member of the AHA?
It is the one major historical organization that covers every aspect of history, globally; The AHA subjects are definitely “all inclusive.”

Other than history, what are you passionate about?
Three things: Family, Pickleball, Traveling

[1] Relaxing with my family—husband, daughters, sister, and those grandkids!!!

[2] Watching tennis but playing “pickleball” and playing it whenever I can! It is fun, relaxing, and keeps me in shape and healthy; this is “not me” in the video but I am good like them!! LOL. https://www.youtube.com/watch?v=40xoj2hiUPw

[3] Traveling with my husband, my sister, and family!!