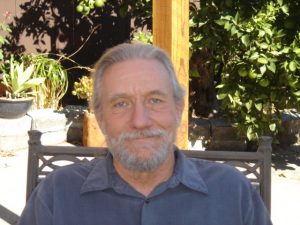 When did you first develop an interest in history?
I developed a strong interest in history as an undergraduate during the late 1960s. I enjoyed reading history as an adolescent, mostly for the fascinating stories of other places and times, but the world was changing very rapidly in the 1960s and studying history in college helped me gain a sense of my place in the world in terms of my race, class, and gender and it showed me that what currently existed had not always existed and that it could be changed through individual and collective action. While that thought was and is empowering and represented a formidable ideological break for a young American male who thought that human nature was fairly fixed, I found Marx’s dictum (paraphrasing here) that people make their own history but not always as they choose a sobering reminder of the possibilities and limits of my own political/historical thinking and choices. For me, studying history is studying the possibilities of other ways of living and being. While I do not want to live in the past, knowing that it is different from the present opens up all sorts of possibilities for the future. Relatedly, and with another tip of the hat to Marx, I try to show my students that it is our own labor power that creates the world we live in as well as the one we want to create.

What projects are you currently working on?
I have two research projects in the works. They reflect my quite divergent research interests. I am currently researching and writing a book on the 18th-century Anglo-German cartographer Herman Moll. The working title is Herman Moll and the Entangled Cartography of the British Empire.

My other research project is in 20th-century labor history. I am gathering materials for a book on unemployed protest around the world during the 1920s and 1930s. It will be a global history of the contentious politics of unemployed workers between World War I and World War II.

Have your interests evolved since graduation? If so, how?
My research interests have expanded since graduation. My initial research field was early modern and modern European labor and social history and I studied unemployed protest in the Ruhr region of Germany from 1918–33. I published articles on that topic and related subjects in the journals Contemporary European History, Labour History Review, and Environment, Space, Place as well as a book chapter in an edited volume published by Oxford University Press. I continue to work in these areas.

After attending a Summer Institute on “Popular Cartography” at the Newberry Library in Chicago in 2004, I developed (or rediscovered) a passion for reading and interpreting maps. Armed with what I learned at the Newberry and reading major works in the history of cartography, I began to publish on early modern maps and mapmakers. An article I wrote on Herman Moll’s cartography and European views of Muslim South Asia recently appeared in the Journal of World History and book chapters on Moll and other aspects of early-modern cartography appeared in edited volumes published by AMS Press, Springer, and Lexington Books, and other edited works. I am now working with graduate students on cartographic projects in a popular course I developed on the history of cartography.

Is there an article, book, movie, blog etc. that you could recommend to fellow AHA members?
I heartily recommend that AHA members watch The Forgotten Space, a 2010 film by Allan Sekula and Noël Burch. A “film essay” (Burch’s term) shot and edited in the style of Sekula’s “critical realism,” it is a historical and contemporary examination of the imaginary and material geographies of the advanced capitalist world and the role of the oceans and port cities in mediating them. I wrote a lengthy review of the film for Environment, Space, Place 6, no. 1 (Spring 2014): 158–71 in which I pointed out that the film does something unusual: it appeals to the intelligence and critical discernment of movie audiences and turns them into active and critical viewers rather than passive and compliant consumers of images.

What do you value most about the history profession?
What I value most about the history profession is its encouragement of a long-term perspective, its questioning of the everyday assumptions that shape students’ (and most Americans’) “presentist” thinking and attitudes, and its usefulness as a method for thinking about the future. All of these involve issues of temporality, a dimension of life that historians always take into consideration in their studies. Even though it deals with the past, history, by showing us that the past is different from the present, opens up the future as a place that will be different from the present. It is up to us to help choose what the continuities and discontinuities, and the possibilities, will be while being sensitive to Marx’s caveat that I mentioned above.

Why have you continued to be a member of the AHA?
As the largest organization of professional historians in the US, the AHA supports all types and genres of historical writing and research and advocates for the historical profession at the national level. Its print and e-publications and its website publicize recent trends in historical research and are tremendous resources for historians. I support the AHA in its encouragement of members to engage civic culture and public discourse as historians. I particularly appreciate the fact that the AHA’s contract with every conference hotel states that the “hotel warrants and represents that it has had no unfair labor practice charge or complaint pending or threatened against it.” This is a socially responsible provision. It also ensures that, if there is a labor action, the AHA can cancel its contract with a conference hotel with no financial penalty.

Do you have a favorite AHA annual meeting anecdote you would like to share?
I organized a panel on “Ideologies of Space” for the AHA annual meeting in San Diego in 2010. The AHA held some of the panels at the Manchester Grand Hyatt hotel. The hotel was under boycott by the local labor council and local LGBT groups who were pressuring the hotel owner to institute humane workloads for housekeepers and job security for all employees, and to support marriage equality and equal rights for the LGBT community. Many of us who were scheduled to present at the Hyatt hotel asked that our panels be moved to another hotel since we supported the boycott. The AHA contended that no labor action was planned or underway at the Hyatt. It was a tough call but, after contacting local labor organizers and after a long discussion via e-mail with other panelists, in the absence of a formal labor dispute and organizing drive (none of us would have crossed an active picket line and agreed not to cross it if one were erected outside the Manchester Hyatt), we decided to go forward with the panels while resolving not to provide any economic support to the Hyatt and to encourage people in the audience not to patronize the Hyatt’s amenities and restaurants. Many of us distributed boycott flyers in the hotel lobby and at the panel sessions and we opened our panel with a discussion of the issues that animated the boycott. Since we were stuck presenting inside the Hyatt, we took the boycott message into the hotel and raised the issues it represented with conference attendees and hotel guests. Many of the hotel guests and some of the conference attendees were unaware of the boycott and we ultimately felt it was a worthwhile “consciousness raising” endeavor (to use a term straight out of the 1960s).

Other than history, what are you passionate about?
Well, besides my children and spouse, I am most passionate about social and environmental justice struggles around race, class, and gender as well as anti-war/anti-imperial struggles. History informs my activism and my sense of social justice and the possibilities for human emancipation in the future. I also love to travel. Being a historian has helped feed my travel bug. I have visited five continents and lived abroad for many years.