“Do everything!” That was the exhortation from Nell Painter that closed the Future of the African American Past conference, jointly sponsored by the National Museum of African American History and Culture (NMAAHC) and the American Historical Association, with support from HISTORYTM and the National Endowment for the Humanities. And, if the breadth and the depth of the preceding conversation was any indication, the current generation of scholars and curators seem up to Painter’s challenge. Over three days, the papers and related discussions throughout the conference testified to the boundless capacity of black folk. Dismissed in the past as limited in appeal and constrained by its subjective character, African American historical inquiry now appears fully grown as an endeavor—inexhaustible in its resourcefulness, insistent as to its relevance. In that sense, the conference was a fitting herald for the NMAAHC, nearing completion across the National Museum of American History on 14th Street in Washington, DC. This institution, after all, will serve as monumental affirmation of the permanence of the African American saga, and the need to employ that saga as both language and lens for fully apprehending the American past. 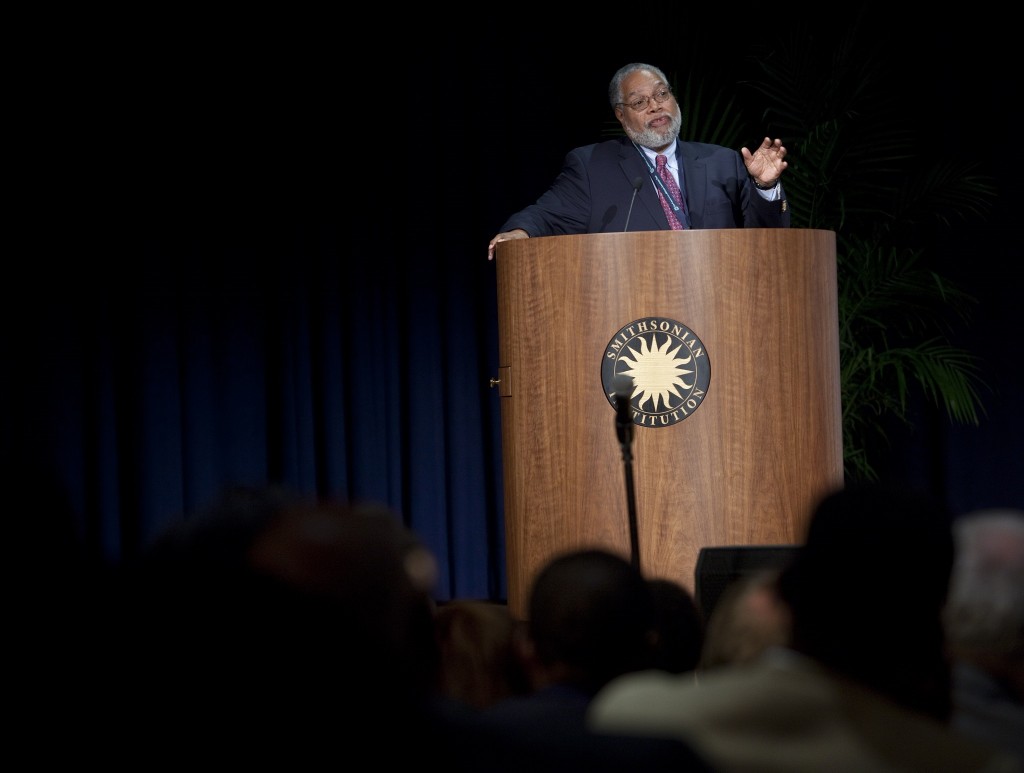 Seen in light of the 1983 conference on the Study and Teaching of Afro-American History held at Purdue University, the more recent gathering appears still more compelling as a measure of the development of this scholarly field over a generation. Topics proposed earlier as necessary to advance African American historical knowledge—slavery, emancipation, migration and urbanization, study of social movements, culture and media, women and gender—now comprise robust subfields, with scores of specialists at work within them. Thomas Holt’s prior postulate that the social conditions of labor defined periodization and determined social change within African American history was implicit in many panels at the recent gathering, and rather explicit in a Saturday afternoon session on Capitalism and Black America.[1] Here, though, William Julius Wilson’s trenchant assessment of the contemporary gap between the service-oriented job market and the skill set of black men lacking college degrees pressed the question: can we continue to understand black life as pivoting on experiences related to labor, when work has disappeared for so many African Americans?

Also at the Purdue conference, Nathan Huggins had offered an intriguing meditation on the role of myth and symbol in animating African American historical imagination, specifically, and American historical imagination, generally (given the necessity for each to invent tradition in order to justify embattled claims to community). The power of myth and symbol, initially, was shunted aside during the DC conference’s opening session, “The Long Struggle for Civil Rights and Freedom.” Over three days of conversation, though, the necessity to imagine, as well as recover, African American history proved more and more critical. Panelists acknowledged the transformative impact of audacious historical imagination in arenas as diverse as trans-Christian spiritualism and its relationship to 20th-century black well-being; the rewriting of the parable of the plantation within tales of southern heritage; and the impact of capital accumulation upon the viability of black being, body, and soul. 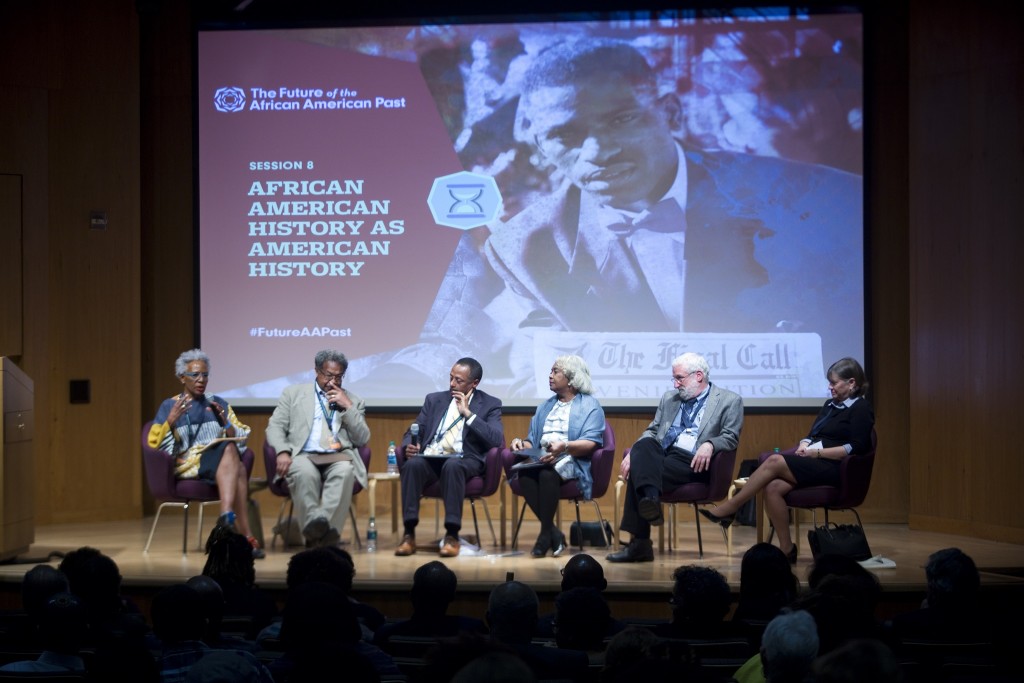 A cornerstone concern of recent research has been to foreground the diversity of African American identity and motive—to approach black people as richly constituted through difference, friction, and contradiction—rather than to make idealized appeals to lockstep unity. During the recent conference, a number of panelists closely examined individual lives and supported this shift toward a more intersectional study of black identity and experience. Black history may be entering a miniaturist phase, where the granular texture of lives reconstructed, one by one, may secure the field’s turn away from the conceit of essentialism.[2] Writing African American history in accord with the premise that “black lives matter” may require this biographical turn that recovers significant political dimensions within those lives even as it more fully considers them.[3]

If anything at all was missing from the recent conference, it may have been a framing sense of intention for the scholarship to go along with the well-earned congratulations. What is it that African American history is now supposed to do, besides reaching for and resetting the bar of its own excellence? At Purdue, under more embattled conditions for the field, the need to invoke a sense of mission was palpable, with many commentators returning writing and researching in accord with the peculiar challenges and crises confounding the well-being of black people in that moment. John Hope Franklin, in what served as a valedictory for that gathering, observed that African American historiography was and is necessarily generational, since each successive cycle of scholars bear responsibility for “providing its contemporaries with the materials vital to the present and to planning strategies for coping with the future.”[4] 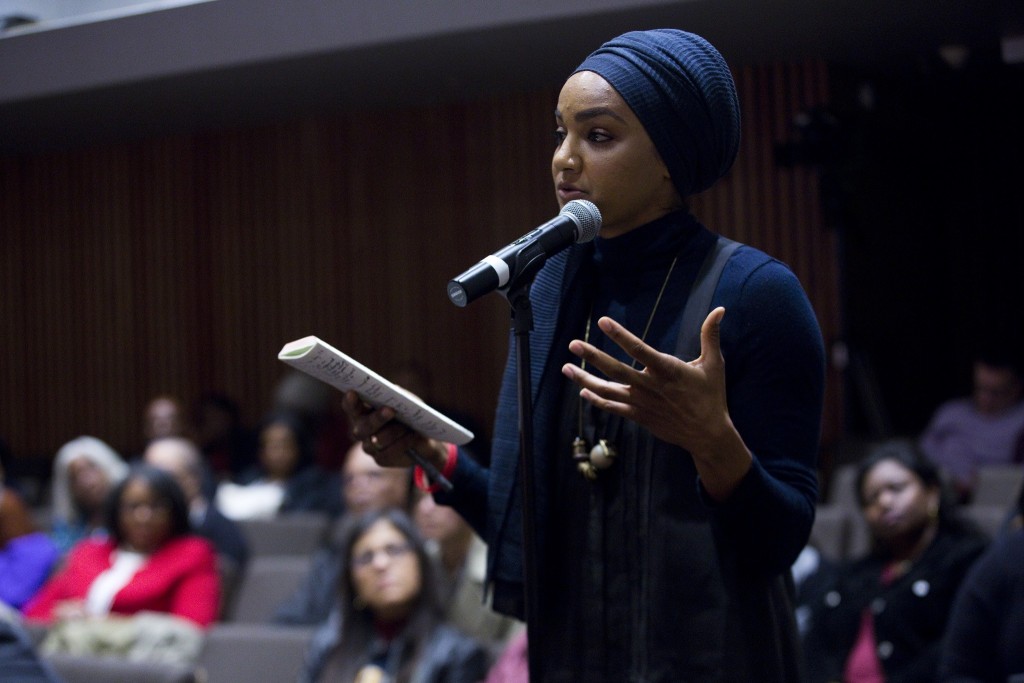 An attendee asks a question at the final session of the conference. (Photo by Leah L. Jones For the National Museum of African American History and Culture)

What would we say are the “materials” needed today, and what strategies will be required for our futures? One answer emerged on the final day of the conference. During the session on “History, Preservation and Public Reckoning in Museums,” David Blight recalled James Baldwin’s definition of the value of history. Baldwin, Blight reminded us, observed that history’s true value rested in its capacity to assure those who consulted it that no matter the depth of challenge, affliction, or despair, one could find someone earlier who had confronted similar circumstances. In other words, history could alleviate the pain of feeling alone. The significance of this to black folk is palpable, as well as undeniable. It likely explains why historical imagination and memory can validate the very premise of African American humanity, akin to the affirmation so many seek through formal religion.

We might simply take this as further cause for credit, given how effectively the storehouse of the black past has enabled and invented an exemplary tradition in which to root and orient a sense of being. Yet I would caution more modesty, and acknowledgement of the work remaining to salve still-present wounds. Away from celebratory gatherings such as ours, black people often find themselves quite alone—passed over for jobs; suspended from schools; incarcerated within prisons; grieving the loss of children, siblings, or friends due to violence from rivals or the state. The essential literature of their tradition—works by Frederick Douglass, Linda Brent, Solomon Northrup, W.E.B. Du Bois, Ida B. Wells, Malcolm X—remind us that loneliness, just as much as community, has informed black historical identity and experience.

Therefore we ought not to forget that our most vital function, as historians of the African American experience, may be to help alleviate the pain of loneliness for many and to continue the work of repatriating African Americans back within their invented, cacophonous, and sustaining heritage. Indeed, we may never find ourselves past this duty, so long as the larger nation does not adequately reckon with its role in initiating this pain, nor acknowledge how, through the force of enduring structure and everyday encounter, it extends this pain through to the present, toward a linked, though not yet shared, future.

Adam Green is associate professor of history and the College at the University of Chicago. He is author of Selling the Race: Culture, Community and Black Chicago, 1940–1955 (2006) and co-editor of Time Longer than Rope: A Century of African American Activism (2004).

[3] Current scholarship and social movements both stress the centrality of the concept of intersectionality, as proposed first by Kimberly Crenshaw. See Crenshaw, “Mapping the Margins: Intersectionality, Identity Politics and Violence against Women of Color,” Stanford Law Review 43, no 6 (July 1991): 1241–99.