Adapt and Overcome: What to Do When Your Archival Research Hits a Dead End

At the close of the Civil War in 1865, Dr. Robert Kells—then the superintendent of the Mississippi State Lunatic Asylum—warned state officials that widespread loss of property (including enslaved people), wounded pride, and the vices “contracted by so many of our best men . . . in the army” would unleash a wave of insanity in the state. I read Kells’s predictions during my first trip to the state archives as a new graduate student at the University of Southern Mississippi. 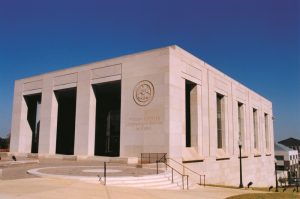 I was optimistic that his report would be the first of many records that would allow me to investigate how Mississippians dealt with the mental traumas caused by the Civil War. The superintendent’s predictions seemed to support my initial assumption that contemporary medical professionals recognized that four years of combat, social upheaval, and eventual defeat would inevitably contribute to the spread of post-traumatic stress syndrome-like mental disorders once soldiers made their way home and among civilians who endured war-torn Mississippi.

Time and the limitations of existing sources quickly undermined my early confidence. The information contained in the asylum’s intake log proved frustratingly sparse, offering me little more than patients’ names, ages, and counties of origin. I hoped that the asylum’s annual reports from 1865 through 1878 would allow me to identify cases of combat-related mental trauma at the hospital, but these, too, were regrettably unhelpful, offering little insight into the experiences of patients at the asylum. If I was going to use these sources, I would have to think creatively about what they could tell me about postwar Mississippi.

The source that inspired me to pursue new questions was a file at the Mississippi Department of Archives and History containing the findings of a sexual misconduct investigation at the asylum in 1871. While these papers did not mention veterans with mental trauma, they did offer insight into how everyday people struggled to make sense of the Civil War’s outcome. I began to wonder how this scandal and other events at the asylum reflected the political fluidity and complexity of Reconstruction. Eventually I realized that these sources afforded me an opportunity to analyze the well-trod history of Reconstruction through the unique perspective of this asylum in Mississippi.

They also introduced me to Dr. William M. Compton, the asylum’s embattled superintendent, whose evolution from a local Klan leader into an advocate of African American rights revealed how Reconstruction unfolded at the personal level. The fate of Reconstruction lay not only in civil rights legislation, but in the reformation of everyday people like Compton. So when Compton was investigated for sexual misconduct in 1871 and the mistreatment of patients in 1873, it is no surprise that his evolving views on race were also put on trial. These sources convinced me that Reconstruction’s battles were fought not only in legislatures and at the ballot box, but in unexpected places like the asylum, as well.

By using the asylum as a lens to analyze Reconstruction politics in Mississippi, I was able to bring some clarity and complexity to the conflicts of the time. What I uncovered was an endlessly shifting political environment where one’s past allegiances were less important than current loyalties. This was a world where a former Klansman might find himself protecting Freedmen from a lynch mob, or where conservative Democrats could ally themselves with radical Republicans despite the incompatibility of their political and cultural agendas.

A new historian learns quickly that the time and money needed to conduct archival research are extremely limited—a fact that adds a sense of urgency when sources aren’t cooperating with your argument or your research schedule. Under ideal circumstances, developing a research project is a matter of finding archival sources, using them to create an argument, and weaving them into an analytical historical narrative. In reality, most circumstances are less than ideal. Rather than scrapping the work they’ve already done and starting over, new historians should see them as opportunities to reformulate their original research questions. These skills can only be learned through succeeding and failing in the archive.

In my case, I had already conducted a significant amount of research into the historiography of Civil War veterans and mental health. Simply scrapping my findings and theories because my sources were not cooperating was out of the question. I knew I had to be creative while working on a topic with a limited source base and make do with what I had on hand. After talking to my advisors about my findings and observing how other historians used challenging sources in their own works, I realized that I had to stop trying to force the asylum records into the history I wanted to tell. While this sounds obvious now, it’s a common rookie mistake. There comes a point when every historian must learn how to let go of an idea they love in order to construct a creative and insightful analysis of the past.

What can a sex scandal involving a mental health professional cowering beneath a bed, his opium-addicted wife, and two young nurses tell us about Reconstruction history? It turns out that it can tell us a great deal if you read the sources creatively—a skill that can only be learned through experiences in the archive.