An Escape from Slavery, Now a Movie, Has Long Intrigued Historians

The New York Times offers a glimpse at the new cinematic adaption of 12 Years a Slave. 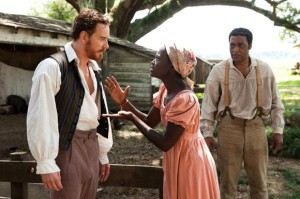 British Historian Says We Should “Look beyond Europe and America”

Times Higher Education (UK) covers a conversation closely tied to the pages of Perspectives on History. Nicholas Guyatt, coauthor (with Luke Clossey) of an article and survey on the research focus of US, UK, and Canadian historians, took part in a panel in London that discussed these findings. Read the article in Perspectives, and a roundtable response on Perspectives’ website.

Greater Greater Washington looks at the history of disguising power-converting substations as single-family homes. And also links us to a fantastic collection of historical photos of the construction of the DC area’s subway system.

Robert Benmosche, AIG’s CEO, tells the Wall Street Journal that anger over AIG’s bonuses, after they’d been bailed out, “was intended to stir public anger, to get everybody out there with their pitchforks and their hangman nooses, and all that—sort of like what we did in the Deep South [decades ago]. And I think it was just as bad and just as wrong.” Ezra Klein isn’t buying it, and has some other examples of CEOs comparing themselves to victims of Nazi Germany.

Stephen Mihm, for Bloomberg, reveals how the recent fight over food stamps has its seeds in a much earlier fight started by President Ronald Regan.

The History of the Trapper Keeper

Where Nobleman and Knave Meet

The Economist’s Graphic Detail blog gets lost in “Kindred Britain,” a digital humanities project that charts family connections in British cultural history across time and space.

“Funded under the Child Care Access Means Parents in School (CCAMPIS) program, awards can be used for child care services for all age groups: infants, toddlers, and preschoolers, as well as before and after-school care for school-age children. Students eligible to receive services for their children through CCAMPIS must be eligible for Pell grants, which are awarded based on financial need. In addition to using a sliding fee scale for the services, some grantees require students to attend parent workshops and take part in academic counseling to maximize their prospects for success in completing their higher education studies.”

The Chronicle covers “a growing number of projects designed to connect academics to policy makers and the public.”

What Does it Really Mean to Serve “Underserved” Audiences?

Museum 2.0 revisits a popular post from its archives about what it really takes to get everyone in the door, and what’s at stake if you don’t.