Today’s What We’re Reading features the “Case for Reparations” and ensuing conversation, Jon Stewart historicizes the Department of Veterans Affairs controversy, a restoration puzzle, and much more! 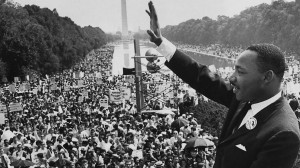 The Case for Reparations

Social media is abuzz over a recent article written by Ta-Nehisi Coates in the Atlantic argues that ‘Reparations—by which I mean the full acceptance of our collective biography and its consequences—is the price we must pay to see ourselves squarely.’ The article has already garnered the most page views of any Atlantic story, ever.

In Conversation with Ta-Nehisi Coates

Coates recently visited the Buzzfeed offices and discussed the making of his story, as well as the reactions.

The Case for Repair

A historian responds to the landmark Atlantic article.

Jon Stewart looks at the shameful history of the long-established bipartisan tradition of mistreatment of American veterans (abridged for his segment by skipping over the entire 19th century).

World War II Led to a Revolution in Cartography

BBC Made a Meal of Jane Austen Errors, Says Historian

Death Comes to Pemberley, a BBC miniseries, draws ire from food historians regarding flaws in its depictions of eating etiquette in Georgian times.

A Mysterious Map of Louisiana

Tracing the idea of mapping big data to Census Office maps made during the Civil War.

Photographs, videos, and audio recordings, as well as timelines and a chronology.

How Soviet Kitchens Became Hotbeds of Dissent and Culture

At NPR: The emergence of “kitchen culture” and its legacy.

A New York Times video about the broken artifacts of Yungang Grottoes, a Chinese Buddhist temple. Ancient shards are put back together like pieces of a puzzle.

From the OAH President: “Professors—I Need Your Help!”

The Differences between Digital History and Digital Humanities

In anticipation of the Roy Rosenzweig Center for History and New Media’s 20th anniversary celebrations, its current director reflects on what sets digital history apart.