Today’s What We’re Reading features a visual history of data storage, documenting the stories of the men who finished last in the Tour de France, 10 crazy jobs that will exist in the future, and much more!

The Origins of Michael Jackson’s Moonwalk

From Player Pianos to the Cloud: The History of Data Storage

Mashable documents the history of data storage in one visual, from the punch card in 1940, to the floppy disk, to our current medium, the cloud, which holds an estimated 1 exabyte of data.

The Art of Losing

A history of the men who finish last in the Tour de France has been written, reports the London Review of Books.

Hundreds of copies of E.T., the “worst video game ever made and blamed for contributing to the downfall of the video game industry in the 1980s” unearthed! Reuters reports, “Atari is believed to have been saddled with most of the 5 million E.T. game cartridges produced. According to New York Times reports at the time, the game manufacturer buried the games in the New Mexico desert in the middle of the night.”

A photographer documents the ruins of Riverside Hospital, opened in 1885 to quarantine smallpox patients.

Jon Methven at the Atlantic: “The main difference in train robbery, now as opposed to 200 years ago, is that no one robs trains anymore, which has resulted in citizens taking public transportation for granted.”

The National Gallery of Art in Washington, DC, presents this video of an interview with Darryl Atwell, a collector of African American art.

Plans to reopen the museum in 2014 do not include displaying the most valuable items, from Ur and the tombs of Nimrud.

A Journey through Jewish Worlds

“The founder of Iceland’s Phallological Museum, famous for his quest to add a human penis to the collection, feels deceived by the documentary The Final Member,” the Daily Beast reports.’”

The Metropolitan Museum of Art provides the full text of some of its books and other publications on its website, including The Age of Caravaggio, The Age of Napoleon, and Al-Andalus. 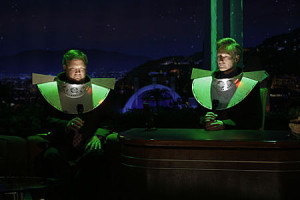 10 Crazy Jobs That Will Exist in the Future

Jobs include a nostalgist (interior decorators who design spaces to reflect different decades), a telesurgeon (specializes in performing surgeries in patients in far off locations), and a healthcare navigator (to inform patients about healthcare choices).

17 Totally Fetch Facts You Might Not Know About Mean Girls

In honor of the 10th anniversary of the movie Mean Girls (now a cult phenomenon), Buzzfeed has a list of the most unexpected facts you may not know about the movie.