The Gift of Mentorship 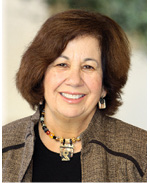 In the summer of 1976 at Florida State University, the question “Will you come to my office hours?” changed my life. A community college transfer, I knocked on Jean Gould Bryant’s door with a feeling of dread. What had I done wrong? She quickly put me at ease. After that eventful meeting, I began to consider graduate school, and over a period of 18 months, Bryant expanded my intellectual horizons as she prepared me for the rigors of her alma mater, Stanford. Coincidentally, I enrolled in courses on “race relations” taught by a young African American sociologist trained at UCLA. Leonor Boulin Johnson also took an interest in me, lending me books I never knew existed, books in Chicano studies. And, as the saying goes, the rest is history.

Unlike graduate school, where an adviser’s influence can be sustained throughout a career, bonds between faculty and undergraduates are usually more fleeting, but perhaps they are equally rewarding. Encouraging undergraduates as they find their way renews my hope for the future. At large public universities, such mentorship commonly falls in the category of hidden labor, one that eludes the metrics of assessment. Still, one cannot underestimate its value for all parties involved.

The ideal of creating a small liberal arts environment within a large research setting has animated honors colleges throughout the country. However, to give that level of attention in a typical state-school classroom requires concerted commitment by both instructors and students. We tend to know those undergraduates who want to know us. Faculty members, for example, can encourage office visits, provide constructive critiques on assignments, and plan field trips and potlucks, well-intentioned efforts that will fall short without student investment. Online classes pose particular challenges, especially those open to a wider audience beyond the campus. Granted, I have not taught online, so I have relied on the experiences of several trusted colleagues (not a representative sample, by any means) to inform my thinking on digital mentorship.

To break through anonymity and distance, one English professor announces time slots when he will be available in the chat room and offers to call individual students, especially those who fail to meet expectations, after they receive his copious comments on their papers. Asking undergraduates in residence to drop by during office hours remains a time-tested tradition. Historian Kyle Longley at Arizona State was struck by the quality of the online work of Sabrina Thomas, a staff member in athletics who had enrolled in his class for “intellectual stimulation,” and he reached out to her. Thomas would go on to become one of Longley’s most memorable students, and this spring, she will complete her dissertation under his supervision. In relating her mentor’s early influence, Thomas explains, “I . . . had never thought about another degree . . . [and] never thought I’d be accepted.”1

Distance need not be a barrier to engaged mentorship. As an example, an alumna of the University of Alaska Fairbanks sent me an e-mail inquiring about my position on digital instruction; she lived in a remote area, and received an online degree because of the unwavering online support she had received from a faculty member. These success stories surely stand out as exceptions, given that developing meaningful connections seems difficult enough within the confines of a physical classroom.

Of course, not every student wants a mentor, but creating multiple spaces of collaboration can facilitate such relationships. Two UC Irvine historians, Ana Elizabeth Rosas and Anita Casavantes Bradford, have launched an array of activities that not only heighten the visibility of the Department of Chicano/Latino Studies but also extend the reach of faculty engagement. As the department’s undergraduate director, Rosas has organized a monthly film series, an incipient field studies program, and regularly scheduled workshops. In her FUTUROS initiative, undergraduates attend a series of in-depth presentations that address successful strategies for applying to competitive graduate and professional programs, featuring alumni who speak about the applicability of their Chicano/Latino studies major to their careers. Dismayed by the small pool of seniors who qualified for her department’s honors program, Rosas has taken action, planning several resource sessions for majors interested in bolstering their GPA.

An assistant professor with boundless energy, Anita Casavantes Bradford has secured funding to launch a campus-wide first-generation faculty program in which colleagues, the first in their families to graduate from college, will serve as resources for first-generation undergraduates. She also serves as the faculty adviser for DREAMS@UCI, an organization that represents undocumented students. More than a figurehead, she regularly attends meetings, assists in programming, and holds events in her home. When Casavantes Bradford, a Latina Canadian, became a US citizen, she carried a photo collage of UCI DREAMers so they could symbolically join her in taking the oath of citizenship. 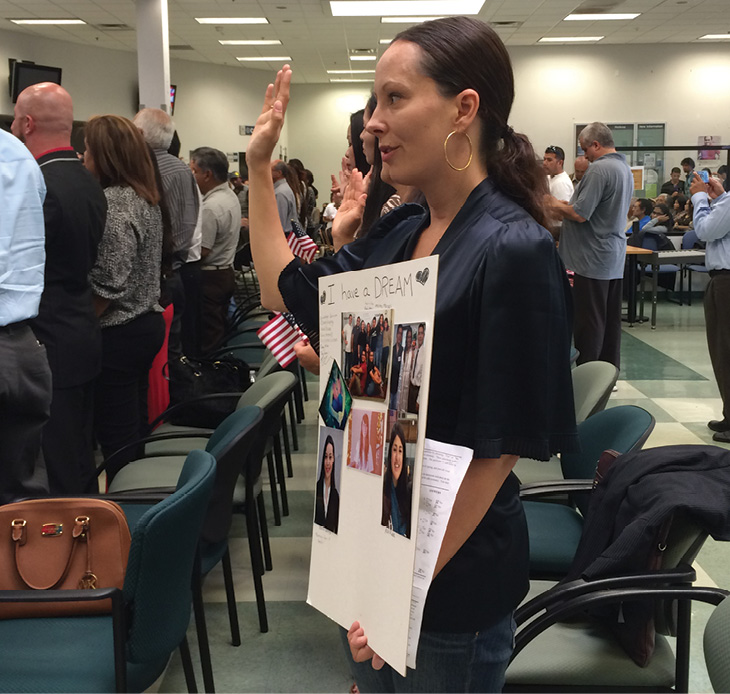 Historian Anita Casavantes Bradford taking the oath of US citizenship while holding photos of undocumented students she mentors. She is chair of the AHA Graduate and Early Career Committee.

How does one institutionalize mentorship? In describing union drives, César Chávez used the metaphor of a vaudeville performer spinning plates on sticks. “At a certain point, however, good as he is, he reaches his peak. He can’t spin another plate without having the first one fall.” He continued: “In organizing, before you reach your peak, you get another spinner to help you spin. Then you hope that he will take on another spinner and pretty soon you’ll have many.”2 Okay, easy enough. The first step is faculty involvement, but where do you go from there? Undergraduate research programs typically manage individual faculty-student mentorships, but how do you make this experience a collective one across disciplinary boundaries?

As the inaugural director of Mentorships for Undergraduate Researchers in Agriculture, Letters, and Science (MURALS) at the University of California, Davis, I helped match upper-division students of color with professors to collaborate (and not as copy gophers) on faculty research or on independent student projects. As an example, in the company of her mentor, Beatríz Henríquez presented her findings on Latino students and AIDS awareness at a conference in Costa Rica.3 I brought mentees together in quarterly seminars and events that culminated in an undergraduate conference and banquet attended by their mentors. I partnered with Gail Martínez, an academic professional in what was then called Advising Services, and we laid the groundwork for a program that has now entered its 27th year and is open to all first-generation undergraduates with a GPA of 3.0 or higher.4 When I left Davis in 1992, the program had grown substantially from three mentorships to over 60 and continued to expand until 2008, when the budget crisis necessitated a smaller-scale initiative. Designed as a tool to diversify the PhD pipeline, MURALS was not aimed solely at high-achieving minority students (the eligible GPA began at 2.5) during my tenure; we argued that productive, hands-on research would improve a mentee’s overall academic performance as well as stimulate interest in graduate study. Martínez herself would go on to earn a doctorate in education, and her 2000 dissertation examined the program’s impact on its 400 alumni between 1988 and 1997, the years it served only students of color. Collecting data on 300 participants, she found that an astonishing 77 percent of her sample went on to pursue a professional or advanced degree (over half at the master’s level and one-fifth at the PhD).5 Eighty-five percent of those alumni who offered written comments remembered the program with considerable fondness—one former student wrote that it was “the highlight of my undergraduate experience.” Not surprisingly, many expressed appreciation of their mentor: “He was the perfect mentor. . . . He would show me a path, kindle a fire, and then point out what a great job I had done.” Others further emphasized the sense of community they felt with other students, forging “lifelong” friendships: “To know others like me were learning and struggling in the research process . . . was very reassuring.”6 My own mentees in MURALS have gone on to flourishing careers. Attorney Amagda Pérez serves as executive director of the California Rural Legal Assistance Foundation; a tenured professor, Julie Figueroa teaches ethnic studies at California State University, Sacramento, and Alicia Rodríquez-Estrada is a historian and former department chair at Los Angeles Trade-Tech Community College.

Gail Martínez’s study underscores the levels of effective mentorship (from instructor to advocate),7 and there is no “one size fits all” or surefire formula. Nor does it require a formalized relationship. Whether working with undergraduates on class assignments or capstone papers, we help them develop critical thinking and exposition skills that are transferable across the career spectrum, not just the academy. (And whether or not we should encourage the pursuit of a doctorate will be the subject of another column.) We are educators, not surrogate parents, older siblings, or therapists. That said, we do share a responsibility to “re-gift” the mentorship that was so pivotal to our own professional journeys.

5. Gail Ann Martínez, “Making a Difference: The Effects of an Undergraduate Research Mentorship Program on the Production of Minority Scholars” (PhD diss., University of California, Davis, 2000), 3, 6–8, 119, 172. Martínez became assistant vice provost in the Office of Undergraduate Education at UC Davis.