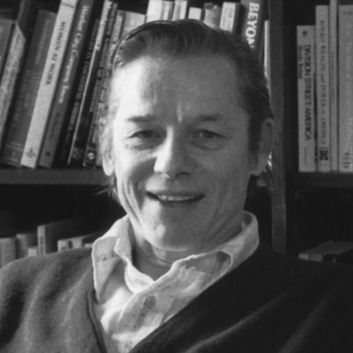 It is with deep regret that the colleagues, students, friends, and family of Otto H. Olsen mourn his sudden passing on December 4, 2014, in Gainesville, Florida. The son of Norwegian immigrants, Otto took pride not only in his heritage but also in the legacy of struggle for political and social justice that his parents bequeathed to him. During World War II, he served in the US Merchant Marine on the dangerous Murmansk Run that carried war supplies from the United States to the Soviet Union. He later earned a bachelor’s degree from Columbia University and a doctorate in US history from Johns Hopkins University, where he studied under C. Vann Woodward.

Otto taught at several universities, including University of North Carolina at Chapel Hill, Old Dominion University, George Mason University, Morgan State University, and the University of Wisconsin, before settling at Northern Illinois University, where he served as professor (and briefly as departmental chairman) in the department of history for 25 years until retiring in 1991. Throughout his academic career, Otto taught courses on the Civil War and Reconstruction that were extremely popular among undergraduates, as much for his wit and musicianship (he sang songs from the period and accompanied himself on the guitar) as for his wisdom. Colleagues also appreciated his wit, as well as his level-headed approach to the challenges of academic life and his encouragement and support for junior faculty members. To his doctoral students he was a model of a politically engaged intellectual, a master of the craft of historical research and writing, a patient and supportive mentor, and a friend.

Otto’s research and writing explored the 19th-century South, focusing especially on the struggles for freedom, justice, and equality that began before the Civil War and continued long after the end of Reconstruction. His definitive biography of Albion W. Tourgée, Carpetbagger’s Crusade (1965), examines the life and ­political struggles of an Ohio-born veteran of the Civil War who settled in North Carolina and became an influential Republican leader and foe of the Ku Klux Klan during Radical Reconstruction. Otto traced Tourgée’s life across the political landscape of the rise and fall of radicalism in North Carolina and the nation. Otto commented insightfully on Tourgée’s judicial work in revising the state’s legal code and suppressing the Klan and his political work in building and sustaining an electoral coalition of freedmen and poor whites, which alone, in his view, could have achieved the full promise of reconstruction and emancipation. With equal insight, Otto examined Tourgée’s literary work, particularly his novels A Fool’s Errand (1879) and Bricks without Straw (1880), which aimed to keep the spark of radicalism alive after the end of Reconstruction. Tourgée had a passion to right social wrongs that kept him active in progressive political movements for the rest of his life, and Carpetbagger’s Crusade properly reflected Otto’s sympathy for—and solidarity with—Tourgée in that respect.

Otto edited an influential collection of documents, titled The Thin Disguise (1967), on the monumental 1896 Supreme Court case of Plessy v. Ferguson, which sanctioned the odious principle of separate but equal ­accommodations in American jurisprudence. Tourgée served as lead attorney representing the New Orleans Citizens’ Committee and their plaintiff in the case, Homer A. Plessy. The Thin Disguise reproduced much of the invaluable political and social commentary that Plessy’s allies produced on the state of the nation at the close of the 19th century. Even in defeat, they helped establish the intellectual foundation for equality (such as Tourgée’s concept of color blindness) on which ­opponents of segregation could build in the 20th century. Otto also authored ­influential articles on the incidence of slave ownership in the antebellum South, on the Ku Klux Klan, and on carpetbaggers and scalawags in such journals as Civil War History and the North Carolina Historical Review. His edited collection Reconstruction and Redemption in the South (1980) provided a state-by-state overview of the experience of Reconstruction in the former Confederate States. In all his publications, Otto’s critical angle of vision ­unfailingly opened new ways of seeing familiar topics.

In retirement, Otto shifted his intellectual attention to exploring the civil rights movement and debunking the mythology of US innocence surrounding the origins of the Cold War with the Soviet Union. An activist at heart, he also remained involved in causes at all levels—local, national, and international—that aimed to improve the human condition.

He is survived by his wife, Corinne M. Olsen, a daughter and son-in-law, a son and daughter-in-law, two grandchildren, and a sister.