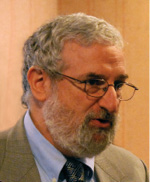 The Elementary and Secondary Education Act (ESEA) has begun its reauthorization journey through Congress. The first iteration does not include any funding for the enhancement of social studies education. The AHA has joined other members of the National Coalition for History in calling on the Senate Committee on Health, Education, Labor, and Pensions to reconsider this omission. We undertake this effort in collaboration with our colleagues in the civics education community, given our shared interest in nourishing the quality of social studies education in K–12 classrooms.

Known popularly as No Child Left Behind, the ESEA will have many twists and turns in the process of reauthorization and appropriations. Our allies who support professional development for social studies teachers have all agreed to wait until a later point in the process to ask our members to contact their representatives. The following letter from the AHA was written in February at a moment when specific input from interested parties was appropriate and (we hope) useful.

Everything has a history. And every American is a member of a community with a civic culture and civic institutions. In an era when party and ideological lines have become less permeable and less malleable, these two simple sentences should attract agreement from Republicans and Democrats, from liberals and conservatives. Yet since FY 2011 the United States has offered no federal funding specifically for history or civics education.


It has not always been thus. From 2002-2011, with bipartisan support, the “Teaching American History” (TAH) grant program in the Department of Education funded workshops and other curriculum development activities for secondary school social studies teachers across the nation. From small rural communities to inner cities, teachers collaborated with one another and with local institutions such as libraries, museums, colleges, and historical societies, to develop and consider new ways of helping their students learn about the evolution of American institutions, culture, and communities. For most teachers, participation was “extra,” as even if they were compensated for their time such compensation was generally an “honorarium” in the true sense of the word. Participants in TAH programs worked hard, and I watched many of them wrestle with new ideas and new ways of thinking about teaching the past.


At around the same time, Congress eliminated earmarks for civics education and “National History Day,” a nationally-recognized program which increases student participation in historical studies across the country. As a result, since FY 11 there has been no federal funding provided for history or civics education. We are not providing our teachers with the help they need, the professional development that is essential, to prepare our children to be productive citizens.


The reauthorization of the Elementary and Secondary Education Act (ESEA) provides an excellent opportunity to reconsider this shortsighted inclination to shortchange our children, our communities, and our civic culture. An informed citizenry includes individuals whose political views span a wide spectrum, but who are all qualified to participate – in the same way that we intend education to qualify students for productive roles in our economy. Our children should graduate high school with an appreciation for the value of historical thinking and the dynamics of the American past, as well as an understanding of our civic institutions and responsibilities.


Insert, in the section on Programs of National Significance:

Grants shall be made to support developing, implementing, evaluating, and disseminating for voluntary school use innovative, research-based approaches to civic learning and American history, which may include hands-on civic engagement activities, for low-income elementary school and secondary school students, that demonstrate innovation, scalability, accountability, and a focus on underserved populations.”


Senator Enzi chose his words carefully and wisely. These resources would go to schools whose students have fewer educational resources than their more affluent peers. The programs would be innovative, accountable, and scalable. The American Historical Association is confident that this would be money well spent.


The American Historical Association is the largest organization of professional historians in the world, representing historians employed in a wide variety of educational and cultural institutions, government, and private industry.