The American Historical Association is pleased to announce the expansion of the John E. O’Connor Film Award to recognize outstanding interpretations of history through the medium of film or video. Formerly awarded only to documentaries, beginning in 2015 the prize may be awarded in each of two categories: dramatic feature and documentary. Winning films will be screened at the AHA’s annual meeting if appropriate permissions can be obtained.

Films and videos (including web-based films) produced in 2013 or 2014 are eligible for the 2015 award and will be assessed according to the following criteria:

To ensure that AHA members play a meaningful part in the nomination process, we encourage members to nominate, endorse, and comment on films through the AHA’s Communities page at www.historians.org/oconnor-nominations. To be considered, nominated films are required to receive at least one additional endorsement from an AHA member, including those on the prize review committee. We hope the AHA Communities page will serve as an engaging forum for historians to discuss the merits of each nominated film.

For details about eligibility and the nomination process, visit www.historians.org/awards-and-grants/awards-and-prizes/john-e-oconnor-film-award.

The AHA established the O’Connor Film Award in 1992 in recognition of John E. O’Connor (New Jersey Inst. of Technology) for his exceptional role as a pioneer in both teaching and research on film and history. The honorific award was given annually from 1993 to 2012, when it was temporarily suspended to allow for an award review committee and the AHA’s Research Division to reconsider the prize framework and nomination procedures. The AHA wishes to thank the members of the review committee for their work in revising the prize: Robert Rosenstone (California Inst. of Technology), Heide Fehrenbach (Northern Illinois Univ.), and Vincent Brown (Harvard Univ.). 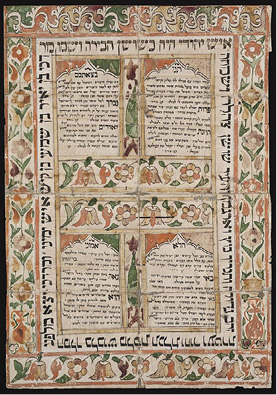 The Dorothy Rosenberg Prize for the History of the Jewish Diaspora recognizes the most distinguished work of scholarship on the history of the Jewish diaspora published in English in 2014. Entries must be postmarked or transmitted by May 15, 2015, to be eligible for the 2015 competition. Recipients will be announced at the January 2016 AHA annual meeting in Atlanta.

Nominate a book at: historians.org/awards-and-grants/awards-and-prizes/dorothy-rosenberg-prize.