Statement of Particulars: Women’s Experiences of Trauma in the First World War

The image of the “shell-shocked soldier” remains one of the most enduring of the First World War. His symptoms have become fundamental to understanding the war and the damage it inflicted on the human mind and spirit. Soldiers, however, were not the only war participants to suffer psychological trauma. Women—both on the battle front and the home front—exhibited symptoms of trauma directly related to their war experience, as evidenced by case notes, hospital records, pension files, and correspondence. It is their experiences that I wish to highlight in my AHA Today summer contest blog posts. 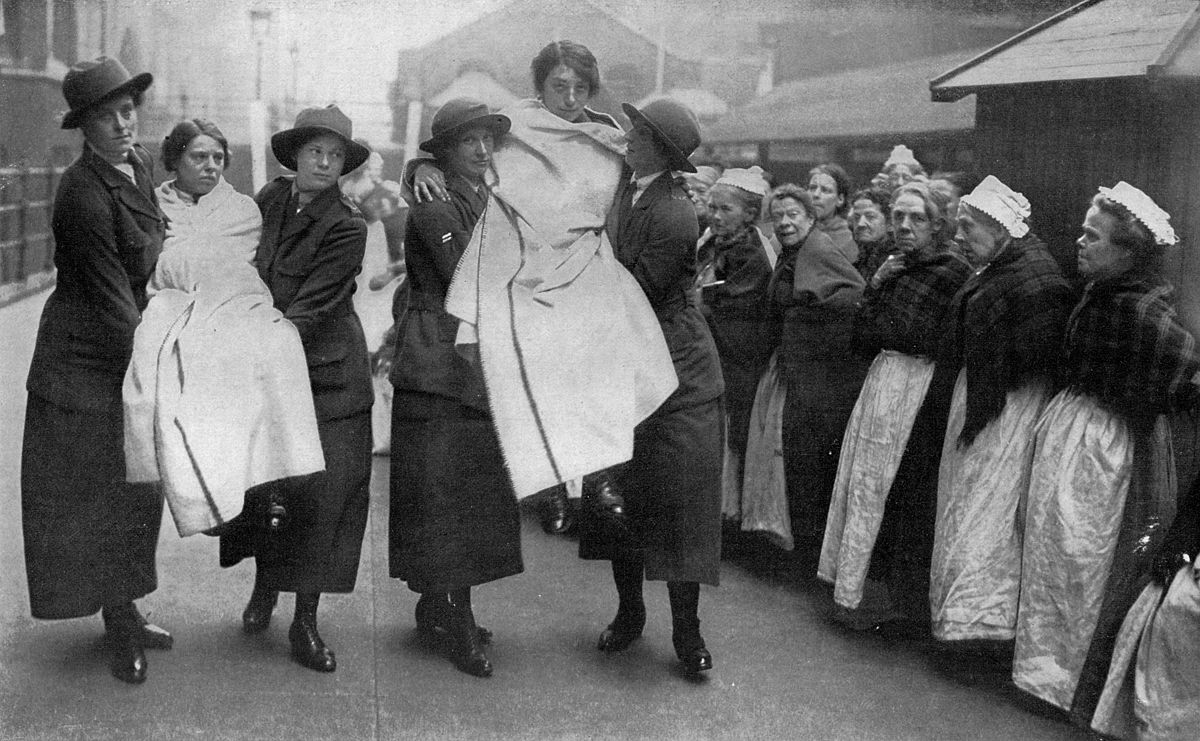 My dissertation focuses on British and Irish women who suffered psychological trauma as a result of their experiences in the First World War. I use a feminist critique of history of psychology and trauma to argue that cultural beliefs regarding gender difference led to the clinical assumption that women’s minds were less developed than men’s, which rendered them more prone to breakdown. Thus, wartime discussions of “shell shock” and the reality of male combatants’ physical and mental health only served to further marginalize women’s expressions of war trauma and compromised their treatment.

My blog series, “Statement of Particulars: Women’s Experiences of Trauma in the First World War,” will focus on sources that highlight the presence and prevalence of trauma among women and the treatment they received. The title itself is drawn from a form attached to patients’ case notes containing testimony regarding their behavior and personal history. The testimony was usually offered by the patient’s spouse, caretaker, or neighbor. Overall, case notes, regardless of whether they come from a public asylum or a private institute, are very similar. Details about the patient are scant—they include information about place of birth, marital status, and children, and evidence of a family history of insanity or alcoholism among other things. The “Statement of Particulars” provides a rare glimpse into a patient’s life and behavior through the lens of medical evidence.

For historians, even the smallest particulars can be revealing: the words that a patient repeats over and over that a doctor may pass over as “nonsense”; an incident that a spouse or nurse provides in their testimony; or routine details like the patients’ eating habits or mannerisms. From these details, the image of a human being emerges, and it becomes possible to analyze how the death of a loved one in battle, or the fear caused by an air raid, could affect a person. Within these case notes, it also becomes possible to analyze the gendered power relationship that existed between the doctor and patient, as well as between the patient and society.

For this series, my blog posts will focus on several specific cases that I have uncovered in the course of my research, including that of a Belgian refugee who was admitted to the Colney Hatch Asylum in London in 1915; a nurse who was admitted to St Luke’s Hospital in London after suffering a breakdown immediately after the Battle of Loos; and a letter from a Belfast Voluntary Aid Detachment nurse to her training college that clearly demonstrates the extraordinary difficulties that women faced in trying to relate their war experiences to a civilian audience. The posts will help illustrate the causes of trauma for women during the First World War, and demonstrate how cultural assumptions about gender, class, and ethnicity influenced the perception and treatment of trauma after the war. I hope that my posts on these sources will provide new insight on women’s war trauma during the First World War, and new ways to interrogate and read sources such as medical records.

A Massachusetts native, Bridget Keown received her BA from Smith College and her MA in imperial and commonwealth history from King’s College London. She is currently a PhD candidate in world history at Northeastern University. Her work focuses on British and Irish women and war trauma during the First World War.