Today’s What We’re Reading features a museum exhibit in a shopping mall, the National Park Service’s new LGBTQ initiative, the imposter syndrome, and much more!

A Washington Post piece on a museum exhibit in a shopping mall.

Book Review: Clouds of Glory: The Life and Legend of Robert E. Lee by Michael Korda

The Almost-Forgotten Jewish Artist Who Propagandized against Hitler

An Atlantic article about Arthur Szyk, a Polish artist whose illustrations appeared in Time and Esquire magazines during World War II, and the rabbi who collected Szyk’s work. 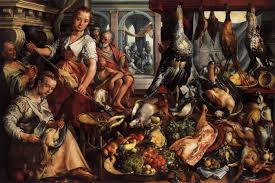 Research in the Restaurant: Inspiring Modern Chefs with Medieval Cuisine

“Inspiring modern commercial chefs with medieval recipes is part of a[n] ongoing research line at Durham University’s Institute of Medieval and Early Modern Studies, and the reach of this has expanded in the last three years with a partnership with Blackfriars Restaurant in Newcastle,” write Giles Gasper and Rachael Matthews for The Conversation.

Diaghilev and the Ballets Russes

A documentary about the history of the Ballets Russe, and Serge Diaghilev, its creator, who befriended Henri Matisse and employed Coco Chanel to make dance costumes for the ballet Blue Train.

A television series about the history of Maori architecture in New Zealand.

The Metropolitan Museum of Art’s Pinterest board, featuring a 10th-century Buddhist savioress, an 11th-century mandala, a 12th-century manuscript illustration, and more. 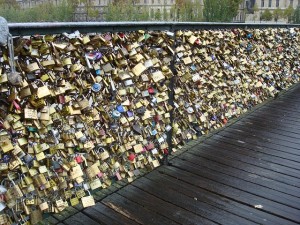 The National Park Service announces a new initiative on LGBTQ history and heritage.

A controversial move by the city’s new mayor has people questioning whether taking down thousands of locks would do more harm to the city’s heritage than the locks attached to bridges.

Historians and the Profession

Schoenbachler: “Bone-Deep within the Academic Culture Are Imperatives That Conspire against Engagement with the Public”

John Fea and others engage with Nicholas Kristof’s February New York Times column on the role of historians in public culture.

Kate Bahn, PhD candidate at the New School, discusses the common affliction among academics of feeling like an imposter and inadequate among colleagues.