Today’s What We’re Reading features historians’ reactions to the Hobby Lobby SCOTUS ruling, the birthplace of plastic surgery, changes afoot at the Mellon Foundation, a medieval workout plan, and much more! 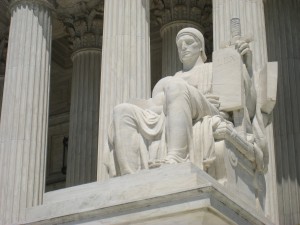 ‘A singularly intricate situation has developed in Washington”: Some Historical Background on Hobby Lobby

Lauren MacIvor Thompson guest authors for Nursing Clio and recalls the long legal story of the fight over reproductive rights.

For Independence day, a debate about the Declaration

If Only Thomas Jefferson Could Settle the Issue: A Period Is Questioned in the Declaration of Independence

The New York Times reports on Danielle Allen’s work on the punctuation of our founding document.

Allen offers a more extended explication of thoughts (and evidence), in a piece for the Institute for Advanced Study.

A Contrarian Take on the Mystery of the Missing Period

A piece by Joseph Adelman arguing that “twenty-first century readers, ascribe much more regularity and meaning to punctuation than did eighteenth-century readers, printers, or typesetters.”

The Rise and Fall (and Rise) of Salmon P. Chase

Rick Beard retraces the difficult and melodramatic relationship between Treasury Secretary Salmon P. Chase and President Abraham Lincoln in the heat of the Civil War.

The Amazing Story of a 4,000-Year-Old Necklace Found in a Dumpster

Two thieves who stole a necklace that was worn by kings in Ireland threw it in a dumpster, and detectives searched through the trash to find it.

The Birthplace of Plastic Surgery

At Mellon, Signs of Change

The grant maker is studying its strategy for saving the humanities.

How Race-Studies Scholars Can Respond to Their Haters

Stacy Patton offers some food for thought (as usual). 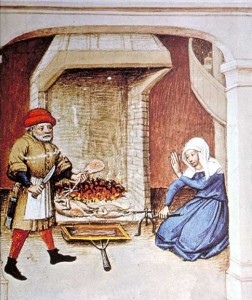 Author Megan Kate Nelson writes entertainingly about the similarities between two books—a historical biography and a vampire novel—that on the surface would appear to have nothing more in common than their title.

As Germany and France prepare to clash at the Maracana in Rio, Hegel and Marx square off against Foucault and Derrida in some decidedly highbrow World Cup humor.