Today’s What We’re Reading features the story of the classic white shirt, why STEM needs more gender studies, a database of the best commencement speeches ever recorded, and much more! 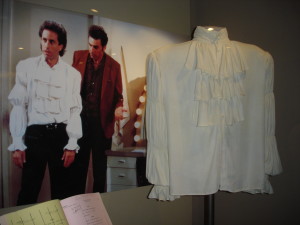 From the Victorian era to Seinfeld, this item of clothing used to and can represent many things, including power, class, and wealth.

This PBS documentary series discusses the history of religion in America.

A fascinating look at the development of Greater London from the first Roman road network to the 21st century.

Return of the Buddha: The Qingzhou Discoveries

Sixth-century sculptures of the Buddha were buried in the 12th century and discovered in 1996.

The Congressional-Executive Commission on China held hearings on the Tiananmen Square massacre and Jeffrey Wasserstrom, Chancellor’s Professor of History, University of California, Irvine, was part of it. Video and transcripts.

The FIRST Act Has Two Flaws That Could Limit Future Discoveries

David J. Skorton, president of Cornell University, has an op-ed in the Washington Post. The AHA has encouraged members to write their representatives in Congress to oppose this act.

My Syllabus, With Trigger Warnings

Harvard Goes All In for Online Courses

The Boston Globe recently featured HarvardX, a project made up of 30 online courses and nearly 1.3 million signups around the world, with particular attention paid to former AHA president and HarvardX teacher Laurel Thatcher Ulrich.

An Amherst professor talks about the value of engaging undergraduates in the research process.

Carol Colatrella discusses the many reasons why gender studies scholarship contributes to student development, and the potential for interdisciplinary scholarship.

Columbia University historian Matthew Connolly and a highly interdisciplinary team of researchers are using text mining to approach the problem of gaps in the National Archives.

A thoughtful piece about academic parenting from the Chronicle of Higher Education. 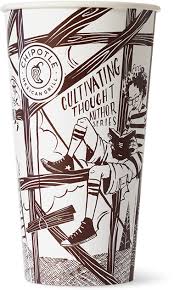 The Los Angeles Review of Cups

The Los Angeles Review of Books provides a wittily sarcastic set of reviews of the series of short works by major authors that are being printed on fast food chain Chipotle’s cups and bags.

The Largest Vocabulary in Hip Hop

Analysis of rap lyrics to discover number of unique words in a sample of 35,000. Most of the pack falls well below William Shakespeare’s 5,170, exceptions include Aesop Rock (7,392) and most of the Wu-Tang Clan (average 5,895).

The Best Commencement Speeches, Ever

NPR has built a searchable database of over 300 commencement speeches, dating back to 1774.