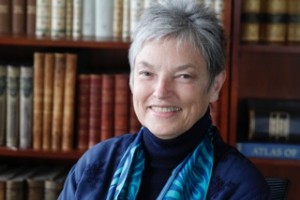 Patricia M. E. Lorcin is a professor of history at the University of Minnesota-Twin Cities. She lives in Minneapolis, Minnesota, and has been a member since 1999.

Fields of interest: France and its empire, Western imperialism, colonial North Africa in particular Algeria, Mediterranean studies, identity formation in the colonies, race and gender in the colonies, transnational networks of activism

As a child, visiting the Crimean War Memorial Cemetery in Istanbul and being told the history of the war by my grandparents. Florence Nightingale featured prominently in their story at the barracks, which were turned into a hospital so that she could minister to the wounded and dying soldiers, who were not far from the cemetery. Their telling was no doubt romanticized but it captured my imagination and stayed with me.

A monograph on the Cold War, art, politics and transnational activism during the period of French decolonization in North Africa.

Yes, they have. When I first graduated from Columbia my focus was on France and its empire at a time when interest in the French empire had not reached the degree of importance it has acquired today. I was originally interested in the social history of ideas in relation to identity formation. My emphasis was on the way social categories were formed in colonial society, first under military occupation and then civilian rule. My first monograph, Imperial Identities, developed these themes. Since then, although my methodological approach remained the social history of ideas, my interests shifted to the development of memory and nostalgia in the colonial context. The focus of my second monograph explored nostalgia with reference to women’s writing in the colonies of Algeria and Kenya. Since joining the faculty at the University of Minnesota, I have been involved in the development of Mediterranean Studies and my research interests today concern the development of transnational political and ideological networks and their impact. I have recently begun to explore various aspects of violence as social and political phenomena in the societies bordering the Mediterranean in the modern period.

In the same vein, my graduate teaching has developed from its original focus of France and its empire, to include courses on Western imperialism, colonialism and post-colonialism in general, and more recently to issues relating to violence across the Mediterranean.

The contact and intellectual exchanges with colleagues both nationally and internationally.

To keep abreast with developments in the profession.

No amusing anecdote, but it is always fun to bump into people that one has not seen for a long while and renew contact with them.

Painting and classical music. I paint in oils and have exhibited in Brussels, New York, Miami, Minneapolis, and Abidjan in the Ivory Coast. The cover of my second book, Historicizing Colonial Nostalgia, is one of my paintings.