Today’s What We’re Reading features a historically inspired recipe for molasses cookies, a new trove of free-use images from Getty Images, the problem with citations in digital humanities, and much more! 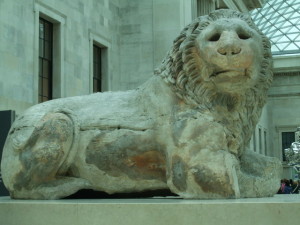 Historical museums and sites among most visited attractions in Britain.

Christian Greeks and Muslim Turks living in the Turkish-controlled island of Kontea worked together to restore the church of St. Charalambos, according to Liz Alderman of the New York Times. Last month it was been reopened for use as a church for the first time in 40 years.

The Right Dessert for a New Job

The new assistant director of the National History Center of the American Historical Association, Amanda Moniz, offers a recipe for Mrs. Lincoln’s soft molasses cookies. As our colleagues at the AHA can attest, they were delicious!

He Cried Out “Black Power,” Then Left for Africa

A traveling exhibition about female photojournalists arrives next in Charlotte, North Carolina, and then Michigan. Jodi Cobb, one of the featured photojournalists, spoke about her assignments, including one highlighting the issue of contemporary slavery. The website features images from the exhibit and a short synopsis.

In Stambouline, a blog about the Ottoman world, Ashley Dimmig wrote about Ottoman tents in February and Benjamin Anderson discussed Armenian monasteries in Turkey in January.

Getty Images, the world’s largest photo agency, made a large portion of its library free to use in an effort to combat widespread piracy.

The Problem of Citation in the Digital Humanities

A paper from a 2012 conference, recently published as part of an online conference proceedings, discusses the necessity of citing the online version of a work if that’s what you actually used.