The AHA staff returns to our headquarters today, a bit worn from the 2017 annual meeting in unexpectedly snowy Denver, but also energized from the yearly migration of friends, new and old, who bring excitement to our discipline. 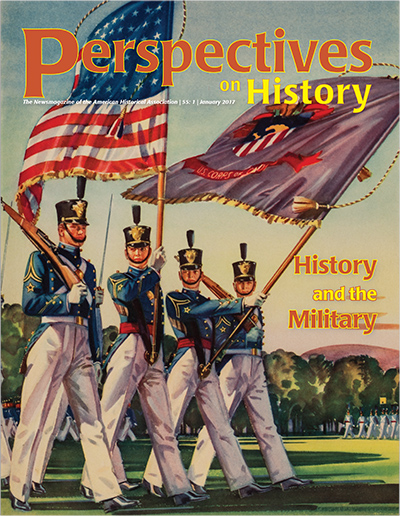 Dozens of historians able to stay until the last annual meeting time slot attended the roundtable “Are We Teaching Political History?” Antoinette Burton moderated, with Fredrik Logevall and Kenneth Osgood (authors of a controversial New York Times op-ed last summer), Marsha Barrett, and Leslie Reagan serving as panelists. The contentious presentations and discussion reflected debate about the op-ed last summer and an exchange on political history in this month’s Perspectives. In the magazine, Marc Stein (who was unable to attend the annual meeting session) first lays out a case for the health of political history, taking into account contemporary historians’ varying approaches to politics, including his own as a political historian who also specializes in the history of sexuality. Logevall and Osgood respond that political historians today pay too little attention to what many call high politics, ceding the study of elections, presidencies, and the like to political scientists while steering graduate students away from these topics. If the discussion at the annual meeting was any indication, the issue remains far from resolved.

In the annual meeting Exhibit Hall, Robert Townsend gave an informal presentation that explicated recent trends in academic hiring. In Perspectives, Townsend and AHA manager of academic affairs Emily Swafford present the Association’s annual report on the job market for history PhDs, analyzing the last hiring season’s data. The dominant trend of the post-recession years (in which the number of history PhDs conferred far outstrips the number of available entry-level, tenure-track academic jobs) has not reversed itself, but other signals indicate a more complex picture. There were fewer jobs advertised with the AHA in 2015–16 than the year before, but the number of history PhDs conferred in 2014–15 (the most recent year available) also dropped. There was also a greater number of nonacademic jobs and nonteaching jobs in higher education advertised with the AHA in 2015–16 than the previous year, perhaps indicating that employers are learning that history PhDs are well positioned to apply for jobs beyond the professoriate. A follow-up survey of advertisers, designed to assess the competition for jobs in each field, yielded surprising results. There’s much more drilling down possible, so be sure to see the full report.

Two features present perspectives on teaching and learning history from a current US Army officer and a Navy veteran. Both Ty Seidule, head of the history department at West Point, and Eladio Bobadilla, a graduate student at Duke University, argue that teaching critical thinking skills to current and former military personnel through the study of history isn’t the impossible task that many academics might believe. At West Point, Seidule says, future army officers study positive and negative aspects of US history, including a great deal of attention to race and gender. Cadets also learn regional history, following their language specialization, to enable them to make sound decisions during their deployment. Bobadilla focuses on what veterans can bring to history classrooms and the challenges they face. Stereotypes of military personnel can hamper teaching and learning, as when some professors assume veterans have rigid personalities or are unreceptive to critical analysis of history. Instead, veterans often return from war with a desire to attend college and questions about history—indeed, about how to contextualize all they have experienced and witnessed.

There’s much more in this month’s issue, including the initial results of our poll of history BAs, an announcement of Where Historians Work—the AHA’s new interactive database (available now at historians.org), details about an exciting Mellon Foundation grant to expand the AHA’s Career Diversity initiative, and an NEH program officer’s recollection of the decisions that led her from the tenure track to humanities administration. Oh, and we also find space to geek out over the graphic design history of Pan Am.

If you’re not already a member of the AHA, please join! We look forward to being colleagues in the promotion of history.