Chronicling “America’s African Instrument”: Laurent Dubois on the Cultural History of the Banjo

In The Banjo: America’s African Instrument (Harvard Univ. Press, 2016), Laurent Dubois weaves a narrative of how this instrument was created by enslaved Africans in the midst of bondage in the Caribbean and Americas. He documents its journey from 17th- and 18th-century plantations to 19th-century minstrel shows to the bluegrass of Appalachia to the folk revival of the mid-20th century. In the process, Dubois documents how the banjo came to symbolize community, slavery, resistance, and ultimately America itself. A historian of the Caribbean and a banjo player himself, Dubois relied on the work of academic historians as well as insights from musicians, collectors, and banjo makers to tell this story.

Why do you call the banjo the “first African instrument”? By “African,” I’m talking about a construct of the African continent that emerges in the 18th century and into the 19th century as a way to connect people from diverse African groups enslaved on the plantations of the Americas. The use of a drumhead over the resonator was a feature of lots of different stringed instruments throughout Africa; I argue that this is the key part of the instrument that literally and figuratively resonated with people. 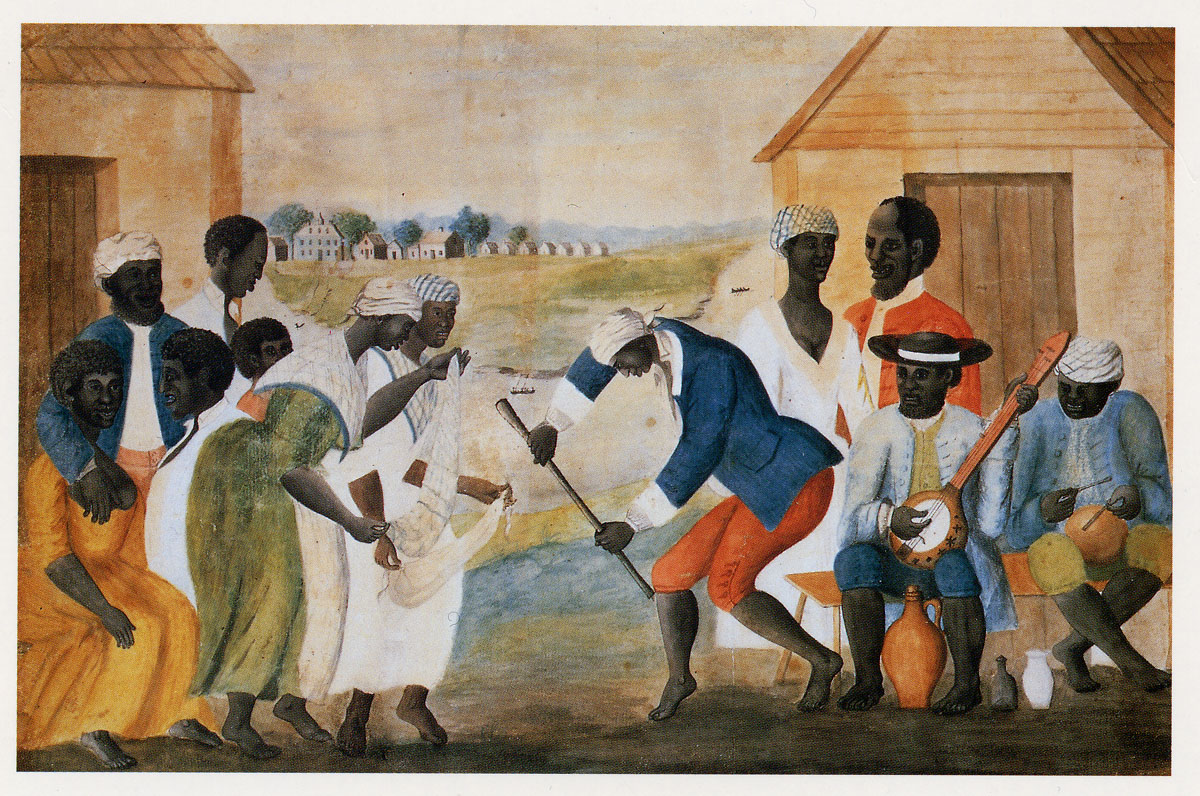 You talk about how the banjo is uniquely positioned to bring together disparate groups of people. What are some of the qualities that enable it to do this, and what is one historical example of it doing so? The banjo was made to cross boundaries, and having been created within a blending of cultures, it ultimately took its place in lots of different spaces in the Americas. The drumhead itself creates a sonic experience that attracts a lot of people: it’s not just something you hear; it’s something you feel. Another point people make about the banjo is its ability to condense rhythm and melody, which gives it flexibility.

Additionally, the banjo has been a symbol as much as a physical instrument from its beginnings. Within the American plantation context, it carried spiritual and cultural symbolism rooted in African religious traditions. By the 19th century, the banjo becomes emblematic of the institution of slavery itself, and by the late 19th century when it seems firmly anchored in Appalachia, it gets presented quite clearly as an instrument that is of the folk of America more broadly. To the present day, the banjo connects different musical traditions, but some of that history has been forgotten, and there have been attempts to either forget about the instrument’s African roots or break that identification with black culture.

You say in the introduction that to understand this history we need to leave behind the notion of progress in music. What do you mean by this and why is it crucial to the banjo’s history? The story of progress told about instruments was fundamentally tied to a hierarchical and racist vision of society. In the 19th century there was a concerted effort on the part of banjo makers and boosters of the banjo to present it as America’s instrument—a “respectable” instrument that whites could embrace—by unhinging it from its African roots. The way that was done was to argue that the thing that African Americans had played was not really the banjo but a proto-banjo—a primitive instrument made out of gourds at home—and that whites created the “real” instrument as it is today, which uses a rounded wooden body instead of a gourd, and has a more elaborate system that includes metal screws and rods to hold the drum head onto the resonator. 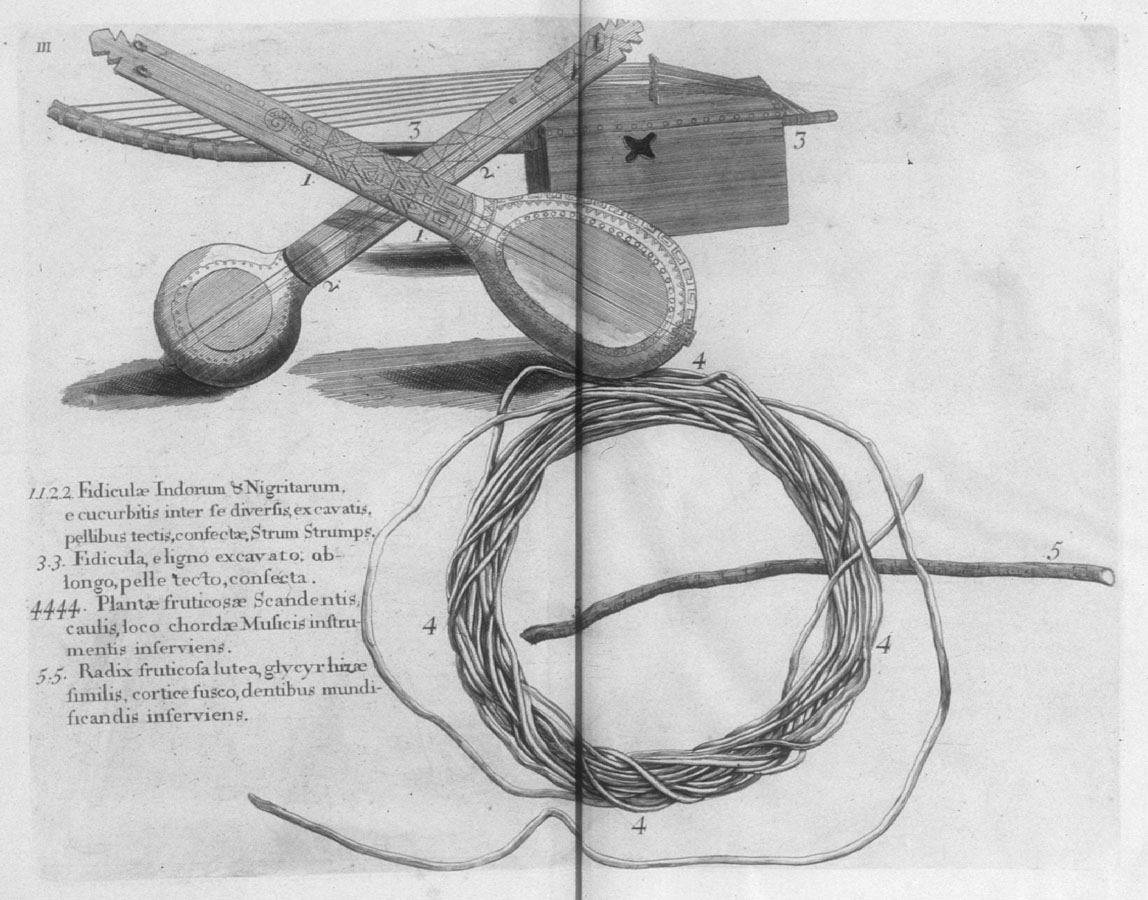 Hans Sloane, A voyage to the islands Madera, Barbados, Nieves, . . . and islands of America. (London, 1707), vol. 1. (Copy in the John Carter Brown Library at Brown University). Image from www.slaveryimages.org, compiled by Jerome Handler and Michael Tuite and sponsored by the Virginia Foundation for the Humanities.

The goal of my book is to show that it’s problematic to think about music in those terms. Because of the banjo’s complex history of use by both black and white performers for different purposes with various layers of meaning, you can’t pick up the instrument and say, “this is a black instrument” or “this is a white instrument.” The banjo confounds that way of thinking about cultural history and instead reveals a more complex and truer vision of how cultural history works in our society.

Much of what we know about the banjo was recorded by whites. How do we discern white representation from African American experience? You do see a lot of white listeners being intrigued by this instrument and writing about it as early as the 17th century in the Caribbean. A lot of the observations are layered with racism and disdain, but there are a number of white writers who clearly are fascinated by the instrument and leave detailed accounts of it. For instance, in the early 1700s, Hans Sloane wrote down the only notation of Afro-Atlantic music until maybe the late 18th or early 19th century, as well as documenting the performance traditions surrounding the banjo. While some writers clearly had observed something, at a certain point people started just throwing banjos into their texts because the image of an African slave playing a banjo had become a literary trope.

The key was to find visual or material traces, such as drawings and paintings, as well as actual instruments from Haiti and Suriname, and connect that evidence back to the written accounts. I thought of it as a kind of archaeology, where you have little fragments dispersed in time and you then have to reconstruct a story as best you could from a broader understanding of the context.

Ultimately there’s no easy way to say “This is authentic African American music, and this is representation.” But once you focus on the early Afro-American experience of playing this instrument—which is, after all, the first at least 150 years, but which tends to get told relatively quickly or as a pre-history—when you arrive at the story of minstrelsy in the 19th century, the entire history does look different. For instance, I argue that the banjo was fundamental to making minstrelsy possible: the cultural transformation in which the long history of blackface meets up with the banjo in 19th-century New York couldn’t have worked without the banjo already existing as a symbol of slave life.

How has the banjo been a tool of resistance? Within slavery, playing music and creating a space of cultural autonomy helped people imagine themselves and their communities in ways that were radically different from how the plantation order imagined them: as laborers whose only point of existence was to serve that order. 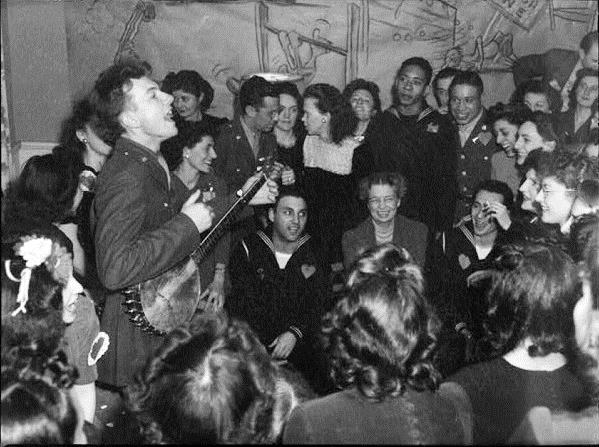 The Junkanoo celebrations at Christmas, for instance—where slaves took over the streets with music and dancing, parodying the masters and going into their houses to play—represented a momentary overturning of the order. Later in the 20th century, Pete Seeger deployed the banjo in social and political spaces to protest the Vietnam War, and the presentation of the banjo as the voice of excluded people was powerful because it was so deeply and undeniably American. The vast archives of 20th-century recordings of African American banjo players and Haitian banza players, recorded by John Werk III, Alan Lomax, and others for the Library of Congress and Smithsonian, capture what people who otherwise were relatively voiceless were singing, and therefore what they were saying and thinking about in different periods in history. 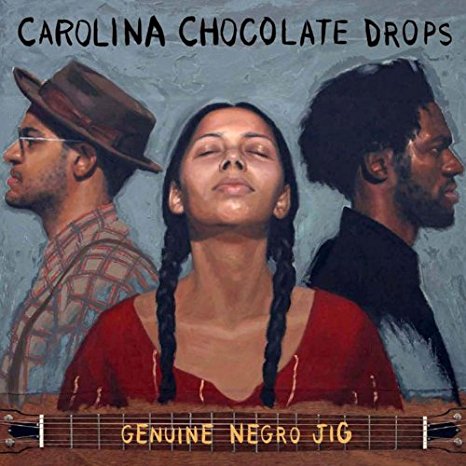 There was a period in the 20th century when it became particularly associated with bluegrass music and disassociated with African American music, but even then, the banjo continued to be present within vernacular African American practice. The banjo is still present in North Carolina and Virginia and other places, with musicians such as Taj Mahal and the Carolina Chocolate Drops apprenticing with elderly players in this region and bringing the banjo back into American concert spaces. Because it’s surprising to many people to think of the banjo as part of African American music, and because the idea of racial difference is so powerful, some of these musicians are going against the grain when they play the banjo, and there’s something subversive about that. It’ll be interesting to see what associations the banjo has in 10, 20, 30 years.

How did your perspective as a musician impact your approach to studying and writing this history? At first I was just interested in playing, but when I learned that the Caribbean side of the history hadn’t been told, I thought I could probably bring something to this. There are a few academic scholars of banjo history, but there are also many intellectuals thinking about this history because of their musical practice, such as musicians, collectors, and instrument makers. A lot of the key people I engaged with were in that community. With funding from a New Directions Fellowship from the Mellon Foundation, I studied ethnomusicology and music theory and worked with instrument makers for a year to support the research.

Now, since finishing the book, I created a project with Mary Caton Lingold (Virginia Commonwealth Univ.) and David Garner (Univ. of South Carolina) called Musical Passage. Musical Passage is a digital study of the banjo music that Hans Sloane wrote down in the early 1700s. The project includes digitized manuscript notation alongside modern recordings. We’ve learned a lot by playing these songs ourselves, and we hope to encourage other musicians to record their own interpretations. Even though we can’t reconstruct exactly how early Caribbean banjo players performed these songs, we’re suggesting that playing the music can also be a form of historical interpretation. In order to approach the sound of early banjos as much as possible, we’re having banjo maker Pete Ross construct a gourd banjo based on the Sloane images.