Neal Hampton is a volunteer at the Indian Archives of the Oklahoma Historical Society. He lives in Oklahoma City, Oklahoma, and has been a member since 2014. 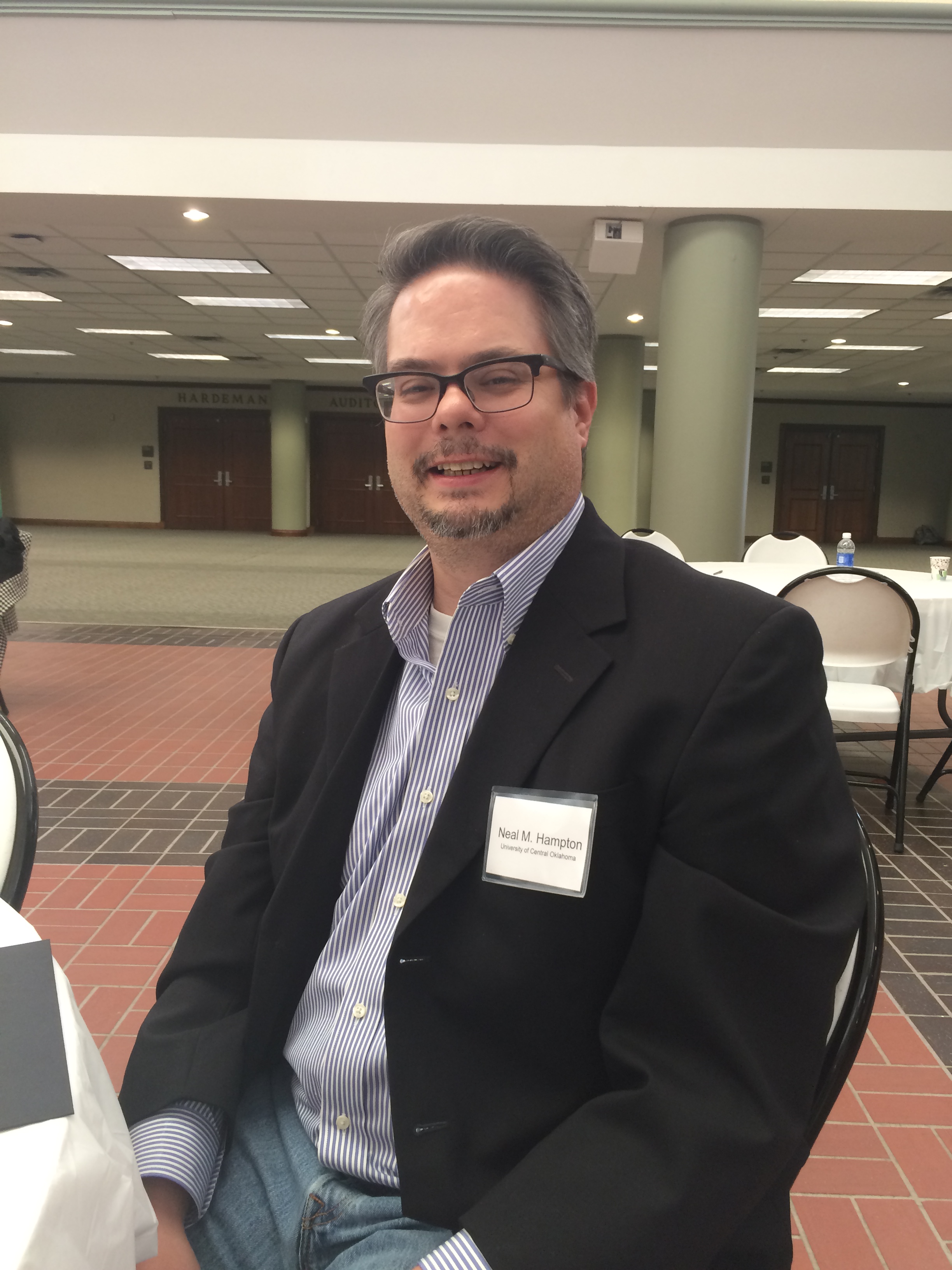 Neal Hampton is a volunteer at the Indian Archives of the Oklahoma Historical Society.

Describe your career path. What led you to where you are today? I attended Phillips Academy at Andover from 1985 to 1989. I began my higher education at Oberlin College in 1989. I completed a degree in Native American studies from University of California, Berkeley, in 1994 where I received admission to Phi Beta Kappa. I returned to my home state from California to complete my MA in philosophy at the University of Oklahoma. In 2010, I became interested in Native American history and completed an MA in history at the University of Central Oklahoma in 2015. I have been a volunteer at the Indian Archives since graduation.

What do you like the most about where you live and work? Living in Oklahoma City provides excellent Native American historical and cultural resources as well as a chance to engage socially with my fellow Caddo tribal members and the Native American community throughout Oklahoma.

Have your interests evolved since graduation?  If so, how? Upon graduation from the University of Central Oklahoma with a 4.0 GPA and a 200-page thesis entitled A Dark Cloud Rests Upon Your Nation: Lipan Apache Sovereignty and Relations with Mexico, the United States, and the Republic of Texas in hand in 2015, I have since decided to apply to the Yale University PhD program in history.

What’s the most fascinating thing you’ve ever found at the archives or while doing research? I found several letters by officials of the Roman Catholic Church in the Colegio San Ignacio de Loyola (Parras, Mexico). Records in the LLILAS Benson Latin American Collections at the University of Texas at Austin were relevant to my research in Lipan Apache history of the mid-19th century in the state of Coahuila, Mexico.

What do you value most about the history discipline? To my mind, the most significant values in history may be found in readings in the philosophy of history from Michel Foucault’s Discipline and Punish to The Dialectic of Duration by Gaston Bachelard.

Why is membership in the AHA important to you? My AHA membership allows me to access the journal, online publications available only to members, and the chance to attend the AHA annual meetings.