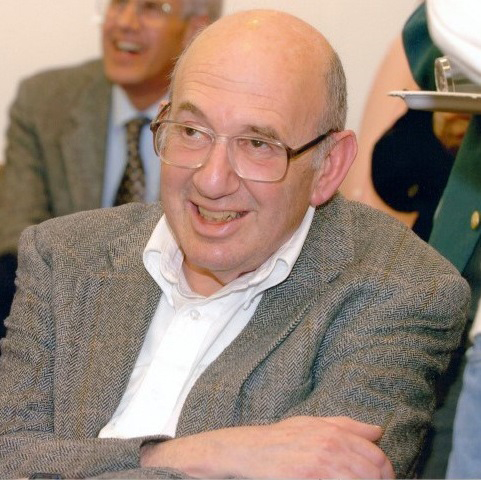 Henry Horwitz died on January 19, 2019, leaving to mourn him family, friends, former students, and former colleagues, especially those in the University of Iowa History Department.

At St. Antony’s College, Oxford, Horwitz developed an interest in the then largely neglected field of early modern English political history, participating in the energizing of what one reviewer called “a minor renaissance in English historiography,” offering “fresh perspectives on the impact of the Glorious Revolution of 1688,” with “obvious relevance” for American colonial historians.

His major books—Revolution Politicks: The Career of Daniel Finch, Second Earl of Nottingham 1647–1730 (Cambridge Univ. Press, 1968); Parliament, Policy and Politics in the Reign of William III (Manchester Univ. Press, 1977); and an edited edition of The Parliamentary Diary of Narcissus Luttrell, 1691–1693 (Clarendon Press, 1972)—offer painstaking narratives based on extensive and fresh archival research. Daniel Finch was the author of England’s Toleration Act, which broke the monopoly of the Anglican Church, opening the way to dissent and non-observance. Horwitz’s work contributed to a reevaluation of the origins and intentions of that epochal law. Parliament, Policy and Politics is a magisterial study of the larger context of English politics in which Daniel Finch made his career—an eloquent book about politics, legislation, and law in the era of the Glorious Revolution.

Horwitz’s delight in archival research led him to spend some 25 years creating two Public Record Office Handbooks—Chancery Equity Records and Proceedings, 1600–1800 (1995, 2nd ed. 1998) and Exchequer Equity Records and Proceedings, 1649–1841 (2001). With Jessica Cooke, he prepared London and Middlesex Exchequer Equity Pleadings, 1685–6 and 1784–5: A Calendar (London Record Society, 2000). These are delicately nuanced, scholarly guides that open the way for other historians to work with records that would otherwise be impenetrable. Horwitz’s principal achievement, wrote a reviewer in the English Historical Review,is to have “flung open the doors to a neglected treasure-trove and provided an Ariadne’s thread through its complex labyrinths.”

Horwitz pursued his research with support from the National Endowment for the Humanities, the John Simon Guggenheim Foundation, the American Council of Learned Societies, the Folger Shakespeare Library, and major grants from the Leverhulme Trust (UK).

Colleagues recall that Horwitz’s own passions were engaged by struggles for decency and toleration in his research and in our own community. Long before “interdisciplinary” became a catchword in higher education, he was a founding member of an interdepartmental seminar on legislative behavior, sharing his questions about the House of Commons in the 17th–19th centuries with political scientists focused on the present. He made it his mission to create an egalitarian and collegial department that maintained high standards of scholarship during a time of significant changes in higher education, serving as assistant chair for many years, embracing burdensome chores that others avoided, and counseling graduate students and junior faculty with kindness and wisdom. In 1971, Horwitz played a leading role in a new general education model for non-majors, in which graduate students offer small sections of “Issues in Human History” as an alternative to the large-lecture course format. The department awards the Henry Horwitz Prize annually for the best “Issues” syllabus created by a graduate student. Although he retired in 2004, Henry’s legacy lives on.

Henry will be missed by his survivors: his wife Juliet Gardiner, his daughter Elizabeth Russell, his brother Tem Horwitz, his stepson Simon Cope, and former students and colleagues.