Made by History: A New Blog for Engaging the Public

“In order to make history, we first have to understand how history has made us,” reads the introduction to Made by History, a new history blog on WashingtonPost.com. The blog, which takes inspiration from a quote by Rev. Martin Luther King Jr. for its title, offers historians a major public platform to situate current events in their historical context. As co-editors-in-chief Brian Rosenwald (Univ. of Pennsylvania) and Nicole Hemmer (Univ. of Virginia) write, “In an era seemingly defined by the word unprecedented, it’s easy to feel like political, technological and social revolutions have severed our link to history. . . . We need to understand the history behind the breakneck news.” 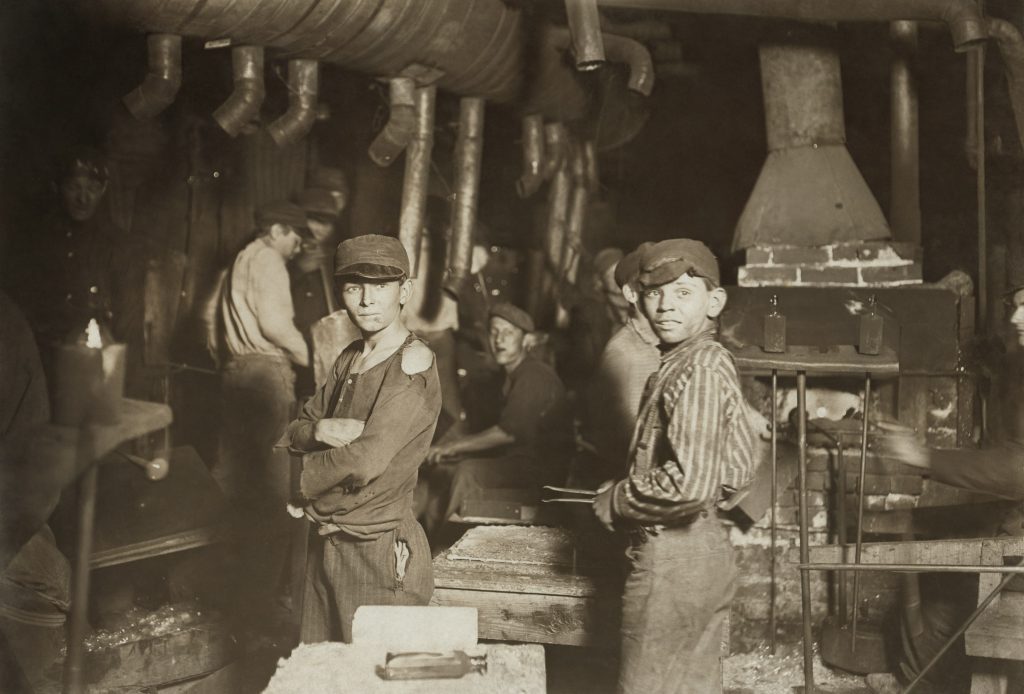 A recent article on Made by History explored the concept of boyhood in American history. This photograph by Lewis Hines shows boys working in a glass factory in the early 20th century. Wikimedia Commons

Since launching on June 26, 2017, Made by History has featured historical analyses of the concept of boyhood, mass surveillance, and the idea that China must be the nation to control North Korean aggressions. Rosenwald emphasizes that the blog is a space for historians to reclaim control of the public perception of history. “If we cede the field . . . we’re basically letting commentators and politicians weaponize history,” he says. The editors, including co-editor Kathryn Cramer Brownell (Purdue Univ.), want the articles on Made by History to be timely and “news-driven,” addressing breaking news and major events as soon as possible. At the same time, they also want the articles and topics they cover to appeal to a wide range of Washington Post readers.

The blog begins at a time when the Washington Post is one of few newspapers succeeding in the digital age. In May, a column in the New York Times noted that despite adding substantially to its reporting, editing, and technology staff, the Post turned a profit last year. With its 78.7 million unique users and 811 million digital page views in April, the Post is increasingly responsible for, as the column calls it, shaping the “national conversation.” It is not surprising that Rosenwald looked to the Washington Post to serve as home for Made by History. He says that part of the reason he reached out to the Post initially was because it already had a political science blog.

Responses to the blog so far have been enthusiastic and encouraging, according to Rosenwald and Hemmer. Historians with low expectations for the blog, says Hemmer, have been surprised to find that the articles are “good history.” But the blog is not intended for professional historians, she says. Hemmer and Rosenwald agree that the audience for the blog is the average Washington Post reader—a smart, educated individual who wants to know more about what’s happening in the world today. Rosenwald hopes to show skeptics that “there’s a way we can do rigorous history . . . without sacrificing quality.”

Hemmer hopes that Made by History will “not only help journalism move in a more positive direction in its depictions of history and historians, but can also help the profession reimagine the ways in which historians engage with the public.” She also hopes that the blog will promote a more diverse group of historians’ voices than is usually called on to give historical input by the media. Hemmer and Rosenwald anticipate that the blog will help demystify the sphere of public engagement for historians who are hesitant to enter the public fray. They have plenty of advice for historians seeking to get more involved (and a guide for how to do it!). Hemmer suggests finding examples of historians who’ve been successful with engaging the public and learning from those models. Rosenwald simply advises: “take the plunge.” Both, however, emphasize that writing for the public is a new skill that takes time and experience to develop. Historians writing for the public, they say, often fall into the trap of trying to show readers everything they know about a given topic and digressing from the main argument. Historians may go through multiple rejections and drafts before they publish something.

In thinking about the future of Made by History, Rosenwald hopes that there may be room to experiment with how historians communicate their work to the public. He imagines finding ways to turn conferences and panels into content and adding in audio and video elements. He also thinks that by directly connecting history to current events, Made by History can show people questioning the value of studying history or the humanities why both are useful and relevant. “We’re believers that you can reach the public with good scholarship,” he says.