On September 28, 1833, Prince George FitzClarence, the oldest illegitimate son of King William IV of the United Kingdom, dined on soup, fish, chicken, and beef steak pie at Windsor Castle. On the same day, the housekeepers ate soup, duck, and leg of lamb, and the comptrollers had soup, mutton, and fillet of veal. Detailing the many, often meat heavy, dishes served to the Royal Family and the Royal Household from fall 1833 to spring 1835, this menu book is only one of the thousands of documents from the Royal Archives already uploaded to Georgian Papers Online as part of the Georgian Papers Programme. For historians of food, menu books such as this one can provide valuable insight into the food and diet of this period. 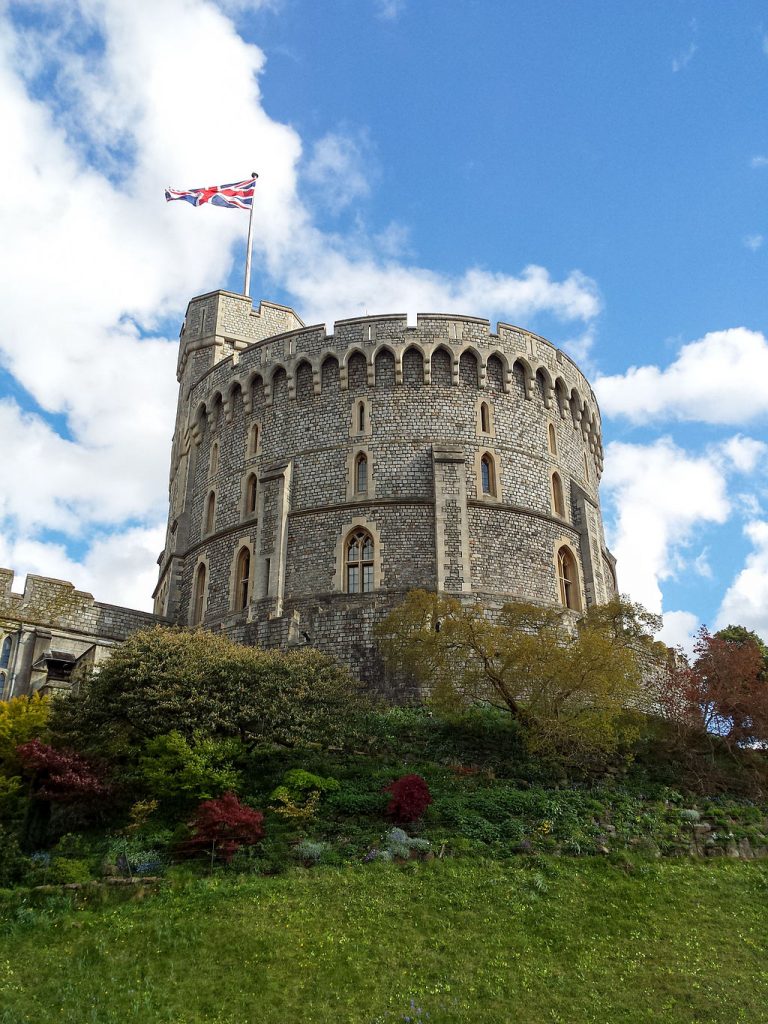 The Georgian Paper Programme plans to digitize thousands of materials from the Royal Archives, which are housed in the Round Tower at Windsor Castle. Wikimedia Commons/CC BY-SA 4.0

The goal of the Georgian Papers Programme, established by the Royal Archives in 2015 in partnership with King’s College London, is to make the approximately 350,000 materials in the Royal Archives and the Royal Library from the Georgian period (1714–1837) fully available online for scholars and the general public. Karin Wulf, the director of the Omohundro Institute of Early American History and Culture, explained that the digitization project is important to early American scholarship because the Royal Archives is likely the “last great private archive” that can contribute knowledge about the American revolutionary period in significant ways.

The Royal Archives was created in 1914 and contains the papers of the Royal Family, including personal and official correspondence of monarchs, mostly from George III (1760–1820) onward. The Royal Archives was never designed for research services. Only about 15 percent of the material has previously been published and only a few scholars have been allowed to do research in the archives. Furthermore, the archives are housed in the round tower at Windsor Castle, the Queen’s residence, which makes both physical access (think 13th-century structures, steep stone steps) and security substantial issues.

The digitization of papers from the Georgian period is part of a wider effort by the Royal Archives to make its primary source material more accessible. In 2012, the archives successfully digitized all 141 volumes of Queen Victoria’s journal, and it is currently working to digitize the papers of the exiled Stuarts (c. 1689–1800) and the Duke of Cumberland (1745–65). The archival collections being digitized for the Georgian Papers Programme include George III’s personal ruminations on a number of topics, such as abolitionism, and items that could be of use to scholars not solely focused on the 18th and 19th centuries.

The project released the first batch of materials, about 30,000 items from the Royal Archives, online in January of this year, and plans to get all the materials online by 2020. The College of William & Mary and the Omohundro Institute are the main US institutions organizing and supporting international work on the project. Their involvement includes sponsoring fellows to work with the materials in Windsor Castle, organizing workshops and conference panels, and developing and testing transcription technology.

Wulf emphasized that although the “core” of the project is the digitization of the papers, the “heart” of the project is “an academic understanding that creating a digital archive is an act of knowledge production.” One of the major tasks in the creation of this digital archive is transcribing the thousands of items in the Royal Archives. Currently, graduate students are manually transcribing the materials they encounter, but the Omohundro Institute is also experimenting with machine-learning transcription tools and is considering crowdsourcing transcriptions. Fellows and others involved in the project also help to enrich the metadata for the transcribed materials.

Beyond just producing searchable text, however, the project also aims to produce a reliable digital edition of the material. Wulf says that the project is developing in an “important moment” for libraries, when organizations like the American Antiquarian Society are considering how to make their materials better available online so that “people can do creative digital work with it.” The Omohundro recently received a planning grant from the National Endowment for the Humanities to continue working on the Georgian Papers Programme. According to Wulf, the grant will allow the institute in collaboration with William and Mary libraries to continue work with machine-learning technologies and to develop “an Omeka platform for transcriptions and metadata.”

King’s Digital Lab, which is composed of digital humanities software developers based at King’s College London, is leading the development of the digital architecture for the project. In the upcoming months, the lab aims to produce a “pilot” or “proof of concept” website that will collect content from the main Royal Collections Trust website (where the Georgian Papers Online are currently housed), and facilitate various digital research methods. According to James Smithies, director of King’s Digital Lab, a primary goal for developers is for the website to facilitate contributions—high-quality metadata, in particular—from research teams. The pilot website will also aim to provide “functional foundations” that outside research teams could potentially use for project websites that combine scholarship and digital archival material.

Arthur Burns, the academic director of the Georgian Papers Programme at King’s College London, emphasized in an e-mail that unlike most major research projects in history, the Georgian Papers project advances without a clear knowledge of the exact content of the archive or a defined set of research questions. “Instead,” he wrote, “we are both mapping the archive and seeking to enable research which can exploit that archive at the same time.” The outcome of the Georgian Papers Programme will, thus, be significant not just for making valuable materials more accessible, but for enabling digital scholarship and producing new digital tools.