Shuang Wen is a research fellow at the Middle East Institute, National University of Singapore (MEI-NUS). She lives in Singapore and has been an AHA member since 2010. 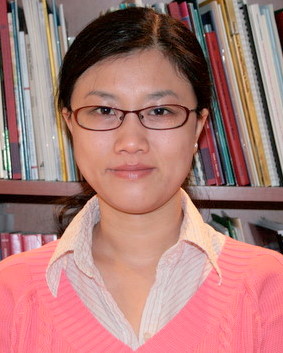 Shuang Wen is a research fellow at the Middle East Institute, National University of Singapore, where she is working on global history and Arab-Chinese relations.

Describe your career path. What led you to where you are today? I initially encountered the Middle East as a broadcast journalist for Phoenix Satellite Television InfoNews Channel in Hong Kong (2003–06). During those reporting trips, I learned some rudimentary Arabic, including ana siniyah (I am Chinese). Wherever I went, as soon as I said ana siniyah, the response was always a passionate ahlan wa sahlan (welcome). Despite the linguistic and cultural differences, the local people’s friendliness and hospitality deeply touched my heart. I told myself that if I wanted to write in-depth and human-oriented stories, I needed to study the Arabic language and history of the Middle East. Therefore, I enrolled in an MA program in Middle East studies at the American University in Cairo (AUC). During the Israel-Hizbullah conflicts in 2006, I freelanced as a war correspondent reporting on the humanitarian crisis in Lebanon.

At AUC, I took intensive Arabic classes. I also learned how to conduct research and write academic papers in the English language. I was gradually attracted to the beauty and profoundness of a scholarly life. The excitement of discovering different layers of the past in a quiet library room and having intellectually stimulating conversations with like-minded colleagues eventually led to my decision to pursue a PhD at Georgetown University. My committee members were supportive, for which I am grateful. I believed in the value of my research on Arab-Chinese connections. It is an under-studied topic but has become increasingly important, especially with China’s deepening engagements with Middle Eastern countries today.

What do you like the most about where you live and work? Singapore is the meeting place of the Middle East and East Asia. As someone who is originally from Asia, I am thrilled to be back to the region after an extended period of absence. At MEI-NUS, I can not only develop a new research project, but also impart my knowledge of the modern Middle East to the aspiring and dedicated Asian students.

What projects are you currently working on? My first-book project, entitled Imperial Mediation: Arab-Chinese Connections at the Turn of the Twentieth Century, investigates the role of global empires in the intertwined intellectual, economic, labor, and religious (both Islam and Christianity) interactions between the Arabic- and Chinese-speaking societies. Despite their geographical distance and linguistic difference, Arabs and Chinese occupied a similar position in the world order as colonized and semi-colonized peoples in the late 19th and early 20th centuries. As a result, in response to their comparable circumstances, various ideas, commodities, people, as well as religious and medicinal practices were transferred between them in multiple directions through the enmeshed trans- and inter-imperial networks.

The project is a global history that links Asia, Africa, Europe, and North America. It demonstrates how the British, French, Japanese, and American empires mediated interactions and left profound impacts on China and the Arab world. The book narrates several little-known stories, such as how the common challenge of global imperialism inspired Arab and Chinese thinkers to draw inspirations from each other in their domestic debates on large-scale infrastructure building; how the Anglo-Japanese Alliance led to the export of soybeans as a trading commodity and the transference of its cultivation as an agricultural crop from Manchuria to Egypt; the role of the YMCA as a trans-regional religious organization in mitigating the problematic encounters of Chinese and Arab laborers working in WWI western front; and the Anglo-American missionary efforts to proselytize in Africa and Asia and how a converted Egyptian nondenominational physician (who was originally a Muslim) practiced the western medicine among Chinese in Fujian for more than 30 years.

Have your interests evolved since graduation? If so, how? My next project explores the history of Arab diaspora communities in Asia via the lens of Arab restaurants. The eating place is one of the most frequented sites of cross-cultural interactions. When immigrants move to a new place, they often first open a restaurant to make a living. People from the host society also experience the initial taste of a different culture at eateries. By narrating how those restaurants maintain the halal practice in non-Muslim societies, this project leads me to the new themes on migration and diaspora, science and technology in food preparation, as well as human-animal interactions in the environment.

What’s the most fascinating thing you’ve ever found at the archives or while doing research? The Arabic records on Egypt’s importation and cultivation of soybeans from Manchuria in the first half of the 20th century. As a result, the soybean was transformed from a food item mainly consumed for its protein content in East Asia to an industrial raw material mainly utilized for its oil content.

What do you value most about the history discipline? To understand the past human experience so that we can live better at present.

Why is membership in the AHA important to you? It is my professional home as a historian.