Scott Alves Barton defended his dissertation, Feeding the Gods: Sacred Nagô Culinary Religious Culture in Northeastern Brazil, and was awarded his PhD in food studies from New York University in May 2016. Scott continues to maintain affiliation with NYU as an adjunct instructor, and is developing a collaborative multi-media project studying food and foodways as a locus of community development in the nascent days of the Black Arts Movement, second-wave African American Feminist Movement, and Civil Rights Movement in New York City. Scott lives in Harlem, New York, and has been a member of the AHA since 2009.

Scott Alves Barton is an adjunct instructor at NYU, where he received his PhD in food studies in May 2016.

Describe your career path. What led you to where you are today? Following a successful decades-long career as an executive chef and culinary consultant, the desire for greater intellectual engagement led me to enroll in the NYU food studies PhD program. I received my diploma last May. Currently I am teaching part time and seeking permanent academic employment.

What do you like the most about where you live and work? I always prefer and enjoy communities laden with cultural, ethnic, and intellectual diversity. My home in Harlem, and the larger New York City cultural, academic, and intellectual communities afford me many opportunities with and through which I can engage my interests and develop a range of stimulating discussions or collaborative relationships

What projects are you currently working on? I conduct ethnographic and historical research in northeastern Brazil. My work includes photographic and video documentary work. I am currently working on a domestic project to investigate the role of foodways and commensality in New York City as a community building/consciousness raising component of the then burgeoning second wave African American Feminist, Black Arts, and Civil Rights Movements of the late 1950s to early 1970s. 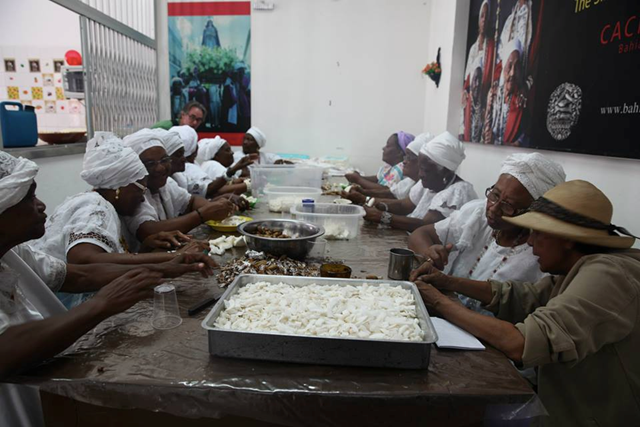 Have your interests evolved since graduation? If so, how? I am beginning to work on revising my dissertation into a manuscript, pursuing grant funding for the aforementioned domestic project, and entering the autumn job market.

What’s the most fascinating thing you’ve ever found at the archives or while doing research? It was fascinating to find several sites and individuals that confirmed a wealth of Afro-Mexican pueblos and descendants along both the Costa Chica between Acapulco, Cuajinicuilapa, and Puerto Escondido and in Veracruz on the Atlantic Coast between Jalapa and Catemaco. My Mexican non-Afro respondents heralded their Afro-Mexican neighbors as the best cooks of Mexican food, a cuisine that was not inherently their own.

What do you value most about the history discipline? I am thoroughly engaged in narrative, oral history, and storytelling. For me, history asks us to pursue the understanding and interrogation of cultural narratives that may or may not accurately depict the times that we live in, or the people who came before us. The recent debate that has ensued following Colin Kaepernick’s refusal to stand for the playing of “The Star-Spangled Banner” has revealed that the seldom-heard third stanza suggests a political posture regarding indenture and slavery, “No refuge could save the hireling and slave, From the terror of flight or the gloom of the grave.”

Why is membership in the AHA important to you? I find that my AHA membership as well as the other academic scholarly memberships that I hold in ASFS, AAR, AAA, LASA, BRASA, and ASWAD synergistically provide me with a means to encounter new knowledge, a forum to present and learn from current scholarship, and the ability to network for collegial and professional advancement.