Naoko Wake is an associate professor of American history at Michigan State University. She lives in East Lansing, Michigan, and has been a member since 2004. 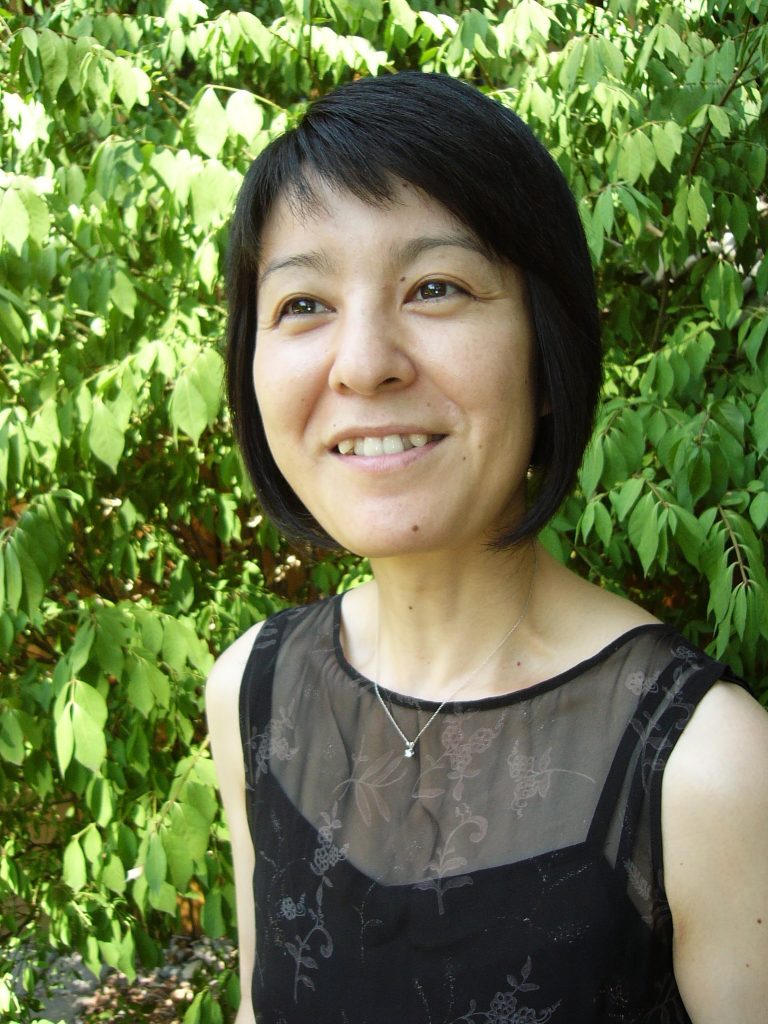 Naoko Wake is an associate professor of American history at Michigan State University.

Describe your career path. What led you to where you are today? As a Japanese native, coming to America was a big deal. I cannot think of my present self without thinking about the culture shock that I experienced as a graduate student. It has been nearly 20 years since I came, but the United States of America still feels fresh sometimes.

What do you like the most about where you live and work? I like that I belong to more than one language, culture, and people, and that my work and my colleagues in Michigan allow and actually encourage me to keep things that way.

What projects are you currently working on? I am writing my second monograph, Bombing Americans: Gender and Trans-Pacific Remembering after World War II, which is about Japanese American and Korean American survivors of the Hiroshima and Nagasaki atomic bombings in 1945. It is a transnational history of the bomb, illness, and identity.

Have your interests evolved since graduation? If so, how? Bombing Americans reflects how my interests have evolved since my PhD. My first book, Private Practices: Harry Stack Sullivan, the Science of Homosexuality, and American Liberalism (Rutgers, 2011), has some international aspects, but compared to my book-in-progress, it is much more confined within US borders. I think my work at a Big Ten university really opened my eyes. Being an Asian woman and teaching students in America’s heartland definitely takes some skills!

What’s the most fascinating thing you’ve ever found at the archives or while doing research? I love archival research because it gives me a feeling of being alone and with others simultaneously. I can share two of the most memorable things I encountered in the archives. The first moment came when I was doing dissertation work at a mental hospital near Baltimore. After several visits and meals together, the archivist there finally let me into the basement storage she called a “dungeon.” My guess is that, at first, she thought showing me a small bunch of select clinical records should be enough. But I kept on coming back for more, so she realized that, unless she gave me full access to everything, she would not be able to get rid of me! I cannot tell you how fantastic it was to find boxes and boxes of unprocessed patient records there.

The second special moment arrived in 2013, in Hawai’i, when I was conducting interviews with Japanese American survivors of the atomic bombs. One of my interviewees told me that she herself had conducted oral histories with Hawaiian survivors decades ago, and that she had transcribed them all. I began to literally shake as I leafed through the pages of the transcripts; they were truly valuable. The interviews seemed to be conducted thoughtfully, and they also appeared to be transcribed meticulously. Any oral historian would know that this is an extraordinarily time-consuming and expensive task! But the woman would not let me either copy or use them. Nor was she ready to donate them to an archive. This was one of those moments when you realize that people have strong feelings about their personal collections. I hope to visit her again sometime in the future.

What do you value most about the history discipline? I value revealing moments about people that the history discipline seems to be good at making. Thinking about the past is so familiar and foreign at once. Doing history can definitely be solitary, but it also opens up connections with others in a kind of crazy, in-your-face sort of way. Ding! and it is too late for us to run away. We have to deal with it. When I think about these things, I am so happy that I am a historian, and fortunate, too.

Why is membership in the AHA important to you? My membership in the AHA has made it possible to meet others who enjoy similar moments about people. I am not really talking about networking here (which I am perpetually not good at), but those times when your fellow historians make you realize that they have a shared curiosity about people. I look forward to seeing friends at AHA, but meeting new people, too. Besides, as much as I love Michigan, it is good to get out sometimes—and I would say, especially in winter!