The NHC Receives Mellon Grant in Support of Congressional Briefings

One of the most distinctive undertakings of the National History Center is our Congressional Briefings program. Initiated in 2005, the program aims to bring nonpartisan historical perspectives to issues facing Congress in the belief that historians have meaningful knowledge and insights to offer to policy makers. 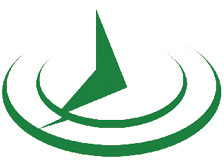 The center’s briefings have featured renowned historians such as Eric Foner and John Hope Franklin speaking to a room packed with congressional staffers. They have also attracted attention from journalists; a reporter recently consulted with Mae Ngai of Columbia University after watching the film of a 2013 briefing on immigration history that featured Ngai, Tyler Anbinder of George Washington University, and Alan Kraut of American University. And since the beginning of Dane Kennedy’s tenure as director, the Center has held two briefings that spurred lively discussions. The first, in June, examined the history of legislative oversight of the intelligence community; the second, in September, cosponsored with the German Historical Institute, probed historical perspectives on immigrant entrepreneurship. (To read more about these events, see bit.ly/1rItoto and bit.ly/1yzmXOr).

Yet, in spite of notable successes, the center had not been able to hold briefings regularly or to realize the program’s potential more broadly until now. With new support from the Andrew W. Mellon Foundation and through other initiatives, the center is now working to establish the program firmly and to expand its reach.

In September, the center received a $130,000 grant from the Mellon Foundation to finance the briefings program for five years. This grant eliminates the most serious problem the program had faced over the past years—a lack of dedicated funding. Thanks to the Mellon support, the center will now be able to hold briefings regularly, rather than on an ad hoc basis. Four times a year, we will bring historians to Capitol Hill to address timely legislative priorities that fall within four broad categories: domestic policy; foreign policy/military/intelligence; science and technology; and Congress and the electoral process. As they have in the past, each briefing will typically feature two historians speaking on a particular topic for about 10 minutes each, with a question-and-answer period following the prepared remarks. Besides being able to hold a briefing each quarter, we are also now able to look nationwide for historians who have the expertise we would like to put before Congress. Moreover, we will also be able to devote resources to filming the events.

Having secure funding is essential to our ability to strengthen the Congressional Briefings program. There are also other facets to developing the program. Foremost is building our ties on Capitol Hill. The National History Center has many friends in the community of historians in the federal government. These colleagues—in the State Department, the Smithsonian, and the National Park Service, to name just a few—help spread the word about our briefings within and beyond their agencies (along with bringing historical perspectives to their colleagues through their own work on a daily basis). In addition, the center has good relationships with the historian of the Senate, Don Ritchie (who began his career at the American Historical Association), and the historian of the House of Representatives, Matt Wasniewski. Both have helped us understand the legislative priorities of members of Congress, the congressional calendar, staffers’ schedules, and other details that help us plan successful events. We also have close ties with staff at the Library of Congress, most of all at the library’s John W. Kluge Center, and they too have offered insights and introductions that help enhance the briefings program. What we lack are extensive connections among the staffs of members of Congress. While some staffers attend our briefings, we would like to attract more. To that end, Dane Kennedy, the center’s director, and I are scheduling meetings with staffers in both the House and the Senate and on both sides of the aisle. Our twin goals with these meetings are to introduce staffers to the center and our briefings program and to understand better how they might draw on historians’ work as they consider and craft legislation. We plan also to forge stronger relationships with staff at the highly regarded Congressional Research Service; CRS staff members sometimes attend our briefings. And, in recognition that interns on the hill often go on to become congressional staffers, we are working to make the center familiar to these young people through outreach targeted specifically to them.

Our plans to strengthen the Congressional Briefings program go beyond holding regular, well-attended events in House or Senate office buildings. We aim also to expand the program’s reach beyond the hill. A first step in that direction was to create a video library of available broadcasts of past briefings on our website. (The video library can be found at bit.ly/1vthEw4.) We are also developing plans to create resources so that educators at various levels can draw on these events in their teaching.

We expect that the center’s briefings, along with suggested readings and primary sources, will prove useful to K-12 teachers and college professors seeking to explore the historical background of contemporary issues. Moreover, we believe that familiarity with the program will help students—and others—to recognize that history education has value beyond the classroom. We welcome your suggestions and comments as we work to develop this facet of the program.

With the plans outlined above in mind, we look forward to our next briefing, on historical perspectives on Ebola and the African health crisis, to be held on November 17. Randall Packard of Johns Hopkins University; Julie Livingston, a visiting professor at New York University and professor at Rutgers University; and Gregg Mitman of the University of Wisconsin will explore the history of the broader crisis in the African and global health infrastructure that has shaped the Ebola outbreak. For more information about this event, see our website at www.nationalhistorycenter.org.

Amanda Moniz is assistant director of the National History Center.

Videos of the National History Center’s Congressional briefings can be found in the Video Library on the center’s website (nationalhistorycenter.org/resources/video-library-of-nhc-events) or at the Congressional Briefings section of the American Historical Association’s YouTube channel (www.youtube.com/user/historiansorg). Available videos include the briefings on Congressional oversight of intelligence activities, Congress’s role in immigration reform, commercialization of space travel, the Great Depression, and the federal role in race and Reconstruction. Watch these spaces for a video of the November 17 briefing on Ebola and the African health crisis in historical perspective. The recent briefing on immigrant entrepreneurship can be found in C-SPAN’s video library (cs.pn/1w39c65). 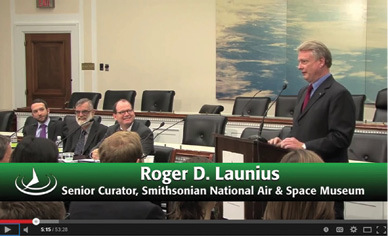 Roger Launius, now associate director, collections and curatorial affairs at the Smithsonian National Air and Space Museum, discusses the commercialization of space travel at a Congressional Briefing in June 2012.