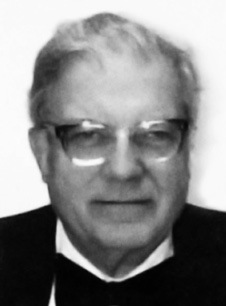 Richard William Lenk, long-standing member of the American Historical Association and the Organization of American Historians, professor emeritus at Bergen Community College, city historian of Hackensack, New Jersey, and past president of the Bergen County Historical Society, died on May 27, 2014, at the age of 77. With his passing, Bergen County has lost its most passionate historian and advocate for historical preservation, and the college has lost one of its most beloved storytellers. Although I did not have the privilege of knowing Richard Lenk, I have witnessed the immense respect for his life and work here at the college and in the community. I am honored to commemorate the life of a historian who dedicated himself to preserving the history of his town and his county and to translating this passion to his students and to the broader community.

Richard Lenk earned his BA at Fairleigh Dickinson University and completed his PhD in modern US history at New York University in 1969. His dissertation, entitled “Hackensack, New Jersey: From Settlement to Suburb 1686-1804,” was the opening chapter in a historian’s lifelong love affair with the city of Hackensack and the surrounding county. This initial study argued for the existence of a new concept of suburban growth that occurred in areas that were too small to be recognized as urban but too large to be rural and that were therefore often dependent on a large nearby metropolis. Lenk explained that Hackensack, with its history and proximity to New York City, was the perfect case study of such a phenomenon. Uncovering previously unexplored court records and land surveys, he meticulously pieced together Hackensack’s troubles and triumphs, from its colonial settlement to its establishment as a “cultural satellite” of New York. In particular, he highlighted the suburban paradox of big-city economic development and opportunism merging with rural conservatism in religious and family values.

Richard Lenk’s strong connection to his home in Bergen County led him to join the history faculty at the newly created Bergen Community College in 1969 after teaching history courses briefly at NYU, Brooklyn College, Hunter College, and Long Island University. At BCC, Lenk developed a reputation for doing what the best historians strive to do, weaving stories of the past in a way that captivates and educates. Whether in the classroom, providing talks at local events, leading seminar discussions among regional scholars on revolutionary-era history, or simply catching passing colleagues in the hall, Lenk found a way to translate his incredible knowledge of local history to any audience. Reference librarian Joan Cohen remembers his gift for telling stories about the county’s past and his encyclopedic knowledge of the people and places in the area. If it involved Bergen County, Richard Lenk could tell you all about it and how it had changed over time—and, his colleagues remember fondly, he could keep you entertained in the process. His department chair, George Skau, recalls that Lenk was both a scholar whose expertise in Bergen County history was unsurpassed and a gifted educator whose energy and enthusiasm in the classroom drew students to his courses, whether on Bergen County and New Jersey history, western civilization, geography, or even his secondary field of Latin American history. Most of all, Skau says, Lenk was known for being a kind and generous colleague who was always willing to lend a hand to those in need.

Lenk’s passion for his county’s history went beyond storytelling in the classroom to become a more tangible act of historical preservation for his community. In 1976, he compiled an extensive collection of photographs of the county and its history and presented it in a slide series entitled “Bergen County: A Picture Postcard History,” which remains a valued resource for revisiting the past at the Bergen Community College library. This desire to preserve the local community’s past led Lenk to his next microhistory, a study of the political and social machinations that led to the creation of Bergen Community College entitled “Prologue to a College: The Historical Conditions Preceding the Establishment of Bergen Community College: 1767-1968.” While it notes the colonial Dutch origins of the call for a local college, the bulk of the book focuses on the changing environment of the 1950s and 1960s that led to the creation of BCC and to community-supported colleges throughout the nation. Meticulously researched and filled with interviews of the key players, the book remains an important testament to the history of BCC and provides new insight into the nationwide movement to create community colleges.

As the city’s historian, Lenk was also an advocate for historical preservation and memory of spaces and buildings in Hackensack. In the early 1960s, Lenk provided articles for the local newspaper The Record and later spoke on the radio station WPAT and on CBS. As historic buildings like the 117-year-old Packards supermarket were demolished, Lenk spoke to local newspapers about preserving the city’s history and remembering the unique features of the city. He continued this effort of historical preservation, particularly efforts to find a new home for the Bergen County Historical Society’s archives, during his tenure as a trustee of the society from 1977 to 1980, as president from 1980 to 1983, and afterward as one of its respected spokesmen.

The loss of Richard Lenk has been keenly felt by the society, the city of Hackensack, the community college, and the county community as a whole. As he now becomes part of the history of the community he so loved, we, along with our fellow AHA members, are honored to remember the man and the historian who meant so much to Bergen County.