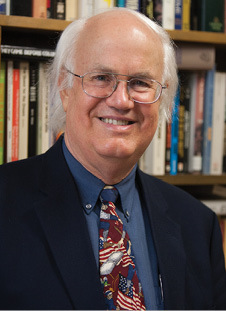 On April 26, 2014, Gary Gene Land, a prominent scholar of millenarianism and Seventh-day Adventism, passed away near his home in Berrien Springs, Michigan. Although initially trained in trans-Atlantic cultural history (with Robert L. Kelley at the University of California, Santa Barbara), Land quickly turned his focus to the history of religion. In the early 1970s he became coeditor (with Jonathan M. Butler and Ronald L. Numbers) of Adventist Heritage: A Magazine of Adventist History, the first historical journal devoted to Adventism, which first appeared in January 1974. About this time he began serving as an advisory editor for a projected multivolume scholarly history of Seventh-day Adventism; he edited the first (and only) volume, Adventism in America: A History (1986). For years, beginning in 1994, he edited the newsletter of the Association of Seventh-day Adventist Historians, and in 1998 he assumed the presidency of the association.

By this time Land was establishing himself as the leading historian of Adventism. In 1987 he brought out an edited volume titled The World of Ellen G. White, followed by an edited edition of Everett N. Dick’s classic but previously unpublished William Miller and the Advent Crisis, 1831-1844 (1994), Teaching History: A Seventh-day Adventist Approach (2000), Historical Dictionary of the Seventh-day Adventists (2005), and The A to Z of the Seventh-day Adventists (2009). Meanwhile, he coauthored with his former student Calvin W. Edwards Seeker after Light: A. F. Ballenger, Adventism, and American Christianity (2000), the most balanced treatment of an apostate written by Adventists and published by the church.

In 1970 he joined the History and Political Science Department at Andrews University, where he would teach two generations of students over the next 40 years, 22 of them as chair of the department. He regularly taught both graduate and undergraduate courses in American cultural and intellectual history, research methods, great historians, multicultural America, African American history, Seventh-day Adventist history, the senior seminar, and a class in philosophy. For many years, he served as president of the Andrews University chapter of Phi Kappa Phi (the interdisciplinary honors society) and was the faculty sponsor of the campus Phi Alpha Theta chapter (the international history honors society). In addition, Land served as a director of graduate programs and assistant dean in the College of Arts and Sciences. Andrews University bestowed on him its prestigious J. N. Andrews Award and the Researcher of the Year Award for his outstanding contributions to the university and to his discipline. Active in community service, Land was a member of the Berrien County Historical Association’s board of directors; a lay teacher at Pioneer Memorial Church; and a member of the Spectrum editorial board for the Association of Seventh-day Adventist Forums.

Gary Land was much more than the leading Adventist historian of his day; he also contributed significantly to trans-Atlantic cultural and intellectual history (the topic of his 1973 doctoral dissertation at the University of California, Santa Barbara). An avid fan of professional baseball, especially the nearby Class A South Bend Silver Hawks, Land was especially proud of his edited book Growing Up with Baseball: How We Loved and Played the Game (2004).

Despite battling cancer during his last years, in 2014 he completed a biography of Adventist pioneer Uriah Smith and prepared an updated version of his Historical Dictionary of the Seventh-day Adventists. He also coedited (with Terrie Dopp Aamodt and Ronald L. Numbers) a major new study of the cofounder of Adventism, Ellen Harmon White: American Prophet (2014).

Land is survived by his wife, Edi; his daughter, Jessamyn; and his son, Jeffery. He is mourned by countless former students and colleagues.