History in the Art of Tom Lea

On September 24, the Smithsonian American Art Museum hosted a symposium entitled The Art of Tom Lea: Preserving Our National Heritage. In 1940, Tom Lea, an American artist, war correspondent, and novelist, completed a mural commissioned by the Works Progress Administration. The Odessa, Texas, post office mural, Stampede, was inspired by the song “Little Joe the Wrangler.”

Tom Lea’s other work, including the art he made for Life magazine as a correspondent during World War II, has been both celebrated and neglected. Stampede, for example, was practically abandoned after it was moved to the back of a new post office across from the old post office where the mural was prominently displayed. The mural was damaged in the new location.

Stampede and other works by Tom Lea attracted the attention of Adair Margo, who served as chair of the President’s Committee on the Arts and the Humanities during the presidency of George W. Bush. In 2007, a centennial celebration of Tom Lea’s birth was held at the Adair Margo Gallery, and Tom Lea Month was announced. It became an international event this year. The Tom Lea Institute, formed in 2009 as a not-for-profit organization, organized two conferences in Washington, DC; created the Tom Lea Trail in Texas; and leads transnational tours in El Paso and Ciudad Juarez, Chihuahua. On the trail, visitors can see Lea’s works including Pass of the North, a mural at the Historic Federal Courthouse in El Paso; a reproduction of Rio Grande in the George W. Bush Presidential Library and Museum in Dallas; the painting Ranger Escort West of the Pecos at the Texas State Capitol; and a painting he made as a war correspondent at the National Museum of the Pacific War in Fredericksburg, Texas. 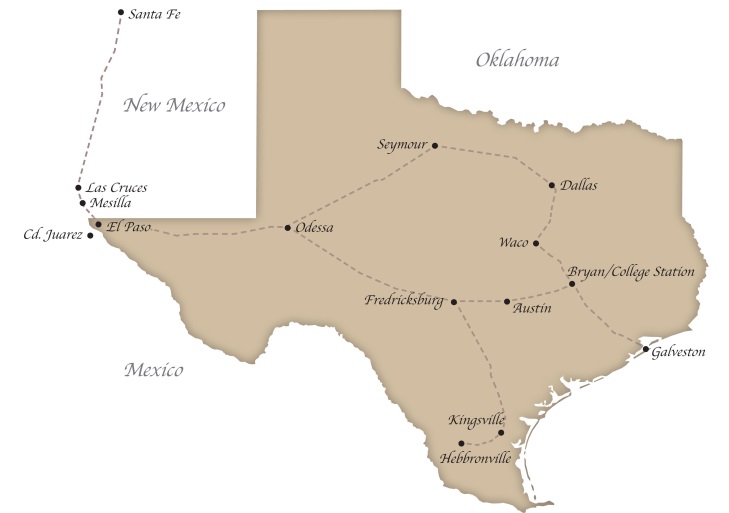 Tom Lea’s Stampede became the focus of a conference and restoration effort in 2014. Other murals and paintings from the 1930s are scattered across the US, some in public spaces, and some in museums, while others are thought to be in private collections. On permanent exhibit at the Smithsonian’s American Art Museum is a small selection of such artwork.

The story of WPA-era art and the battle for its preservation appears in the November issue of Perspectives on History.