The program for the January 2-5, 2015, annual meeting was mailed to members in early November. It is also available online at the AHA’s website, www.historians.org/annual.

Members and nonmembers can preregister online via links from the AHA’s website. Attendees must preregister to access accommodation information. Preregistration must be submitted no later than midnight on December 19, 2014. After that time, onsite registration rates will be assessed.

The AHA has reserved blocks of rooms at three hotels: the New York Hilton Midtown (headquarters), the Sheraton New York Times Square (coheadquarters), and the Manhattan at Times Square. Rates at the Hilton and Sheraton are $149 single and $169 double; the charge for an additional person is $30. The $149 single rate was available at the Hilton for 300 rooms; this limit was reached on October 2, 2014. Now that these rooms have sold out, the $169 double rate will be charged for single occupancy rooms at the Hilton. There are no similar limitations at the Sheraton, and all single rooms will remain priced at $149. 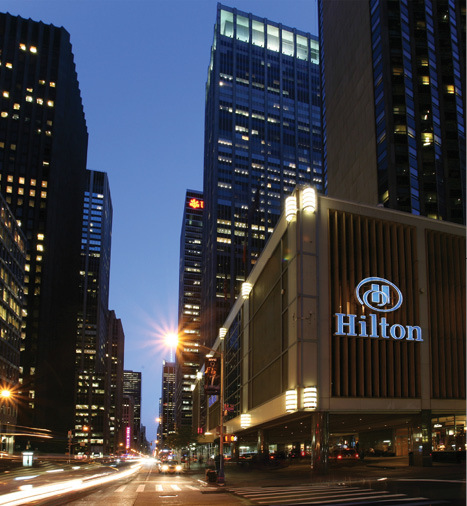 The rate at the Manhattan is $119 for a room with one king-size bed regardless of whether one or two people occupy it, and $149 for a room with two beds, which can be occupied by up to four people. The Manhattan’s $119 rate is in effect up to the housing cutoff (December 10, 2014; see below); thereafter, rates will be the same as at the Hilton and the Sheraton. All properties are nonsmoking.

All rooms are subject to city and state taxes (14.75 percent), plus a 5.875 percent per-room, per-night New York City occupancy tax (subject to change without notice). Rates are in effect for rooms booked for three days before and after the meeting dates, and are for a limited number of rooms only at each property.

Making a Hotel Reservation: Once preregistered, attendees will receive an e-mail confirmation of preregistration that will include information on making reservations for standard rooms and for suites. Reservations can be made via customized web links or the hotels’ toll-free numbers.

Cutoff Date: The cutoff date for the AHA’s official blocks at all hotels is 5:00 p.m. Eastern Standard Time on December 10, 2014. After this date, remaining inventory in each hotel’s block will be released, and rooms will be available at the AHA’s convention rates on a space-available basis at the time of reservation. If all hotels sell out, the AHA will secure additional hotel rooms.

Sharon K. Tune is director, meetings and administration, for the American Historical Association.