What Does the Google Books Decision Mean for Historians?

If you’re like me, over the past few years, your Twitter feed has periodically been briefly taken over by reactions—often angry, bewildered, or both—to the long-running series of lawsuits between Google and organizations representing authors and publishers. Last week, Judge Denny Chin finally dismissed the last part of that suit in Google’s favor. 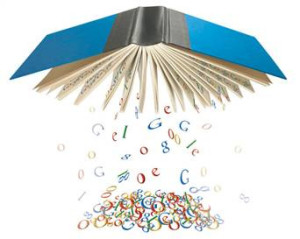 Google, in digitizing materials from libraries around the world, created an archive that includes many books still covered by copyright. The Google Books interface allows users to search the text of these books. For works under copyright, the search retrieves short “snippets” rather than the full text. Google’s defense was that this system constituted fair use because copyright law, in the words of Chin’s Opinion, “seeks to … provid[e] sufficient protection to authors and inventors to stimulate creative activity, while at the same time permitting others to utilize protected works to advance the progress of the arts and sciences.” These were the grounds on which he found in Google’s favor.

Historians both write and research, and in doing so, produce and consume works that have been digitized by Google. Copyright and intellectual property are polarizing issues, with one side claiming this as an unqualified victory for fair use with the other claiming that Chin is transforming the nature of copyright. The Author’s Guild, in their response to the decision, emphasized that they saw a breach of the fair use doctrine in the fact that Google is making unauthorized copies of these works and profiting from them. Chin acknowledges this, but views the use of these works as transformative—it opens up new kinds of research by giving scholars the ability to search the full text of “tens of millions of books,” gives “new life” to materials that have been all but forgotten, and democratizes access.

Judge Chin’s decision was also heavily influenced by an amicus brief filed by digital humanities and law scholars and a scholarly article written by the creators of the Google Ngram viewer that explained the value of this vast digital archive for text mining, a methodology that can reveal change over time in this vast archive. Chin quotes directly from the article by the Google Ngram team in saying that this use “can provide insights about fields as diverse as lexicography, the evolution of grammar, collective memory, the adoption of technology, the pursuit of fame, censorship, and historical epidemiology.”

Judge Chin’s opinion makes excellent reading. Few more lucid explications of the principle of fair use, and the transformative potential of large-scale digitization for research and teaching, have been written. It also amounts to a defense of the social value of humanities scholarship.

The Authors Guild has said they will appeal the ruling, and the HathiTrust—a consortium of research libraries that have come together to build a massive digital library based upon the digitization done by Google—is awaiting a decision in a similar case brought by the Authors Guild. The debate and the reconfiguring of intellectual property law in response to the changes brought by the digital revolution will carry on long after these cases are finally put to rest.

Do you use Google Books for research? Tell us about your experiences with it and what you think of Judge Chin’s decision.