Preregistration for tours is highly recommended. Tour tickets are non-­refundable and cannot be exchanged. Tour participants must be registered for the AHA meeting. Those who want to review the annual meeting Program (published in late October) before purchasing tickets may call 508-743-­0510 to add tickets to an existing registration.

All tour groups will meet in the Marriott's Room 8226. Except where indicated, participants will travel to the tour site by Metro. Round trip fare is included in the price of the tour.

Metro is handicapped accessible. Some tour locations are a few blocks from the nearest station. Alternate transportation is available on request. Contact the AHA for additional information.

Participants will tour the Library of Congress Prints and Photographs Division in the Madison Building. The division holds thousands of images relating to the Civil War, including glass negatives, ambrotype and tintype portraits, and stereograph cards.

Tour 2: Tour of the US Capitol Visitor Center and Historic Spaces in the Capitol Building

Tour 3: The Diplomatic Reception Rooms of the Department of State

Participants will tour the Diplomatic Reception Rooms of the Department of State, used for official functions hosted by the Secretary of State and other high level government officials. The suite of rooms holds a premier collection of 18th-­century American furniture, paintings and decorative arts and serves as our country's main stage of international diplomacy. 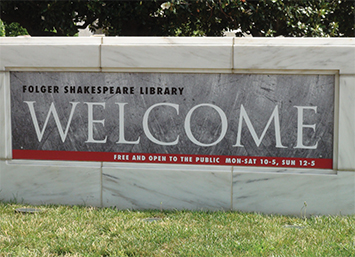 The Folger Shakespeare Library holds the world's largest collection of Shakespeare materials and major collections of Renaissance books, manuscripts, and art. The library building, opened in 1932, is a national historic landmark. The tour will begin with tea, followed by a series of enlightening presentations from library staff on current projects. Then participants will visit the Conservation Lab to witness ongoing preservation efforts. 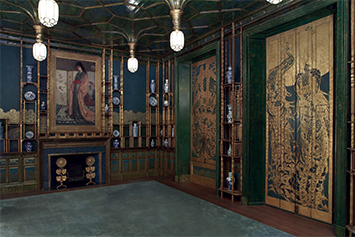 Tour 5: The Freer and Sackler Galleries: The Smithsonian's Museums of Asian Art

Participants will receive an overview of the museum's collecting focus through original archival materials that document the reception of Asia through its art and culture in the 19th and 20th centuries. Collections include the papers of art historians, archaeologists, artists, dealers, and collectors, plus important collections of 19th- and 20th- ­century photography of Asia and the Middle East.
Limit: 15 people. $10 members, $15 nonmembers.

Tour 6: Curator-­Led, Behind-­the-­Scenes Tour and Discussion of the Historic Thomas Jefferson Building of the Library of Congress

Participants will tour the Library's historic Thomas Jefferson Building, completed in 1897. The building, designed in the Italian Renaissance style by architects John L. Smithmeyer and Paul J. Pelz, was described at the time of construction as "the largest, the costliest, and the safest" library building in the world. Professor Hoban has done extensive study in the archives of the building. Collections from the archives will be pulled for a special display for this tour.

Participants will tour portions of the Old Post Office Building, built in 1899. The building served as the main city and federal post office until 1914. For most of the 20th century, it seemed that the massive Romanesque Revival structure was destined to be demolished, but through the efforts of dedicated preservationists it has become one of Washington's favorite landmarks. While the building is notable for many reasons, the most remarkable feature inside is the nine-­story light court topped by an enormous skylight that floods the interior with natural light. When it was built, the room was the largest uninterrupted interior space in Washington. Under the National Historic Preservation Act and associated legislation, GSA is leasing the property to the Trump Organization for rehabilitation and reuse into a luxury hotel.Attendees must enter the building on Pennsylvania Avenue, present a valid photo ID, and go through security at this federal building.

Tour 8: Olmsted Walk: The History and Design of the National Zoo

Tour leader: Gregory Kaliss, Franklin and Marshall College.Participants will tour the grounds of the zoo, designed by landscape architect Frederick Law Olmsted in the late nineteenth century. Please note: Participants will meet at the hotel and walk one third of a mile uphill to the zoo entrance. The zoo is located on hilly terrain in Rock Creek Park.

Tour 9: Mount Vernon and the Fred W. Smith National Library for the Study of George Washington

Participants will travel by bus to George Washington's Mount Vernon for a tour of the historic estate, including the mansion and outbuildings, Washington's Tomb, and the Slave Memorials. Participants will also have the opportunity to tour the new Fred W. Smith National Library for the Study of George Washington, which is the international headquarters for new scholarship and research about the first American president. Library staff will showcase a range of holdings from the collection.

Participants will tour the History of Medicine Division of the National Library of Medicine, the world's largest medical library. The tour will include rare medical books (some dating back to the 11th century), modern manuscript collections, prints and photos, historic audiovisuals, two rotating exhibitions, and current digital access and preservation projects.

Important: The National Library of Medicine is a US government agency, located on the campus of the National Institutes of Health in Bethesda. Participants will be required to produce a government-­issued photo ID and pass through a security checkpoint.