The Digitization and Democratization of Oral History 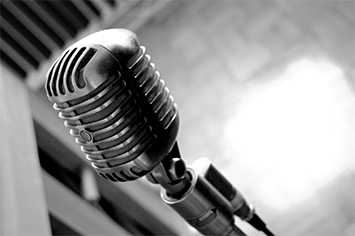 In the field of oral history, nothing has been more prominent and consequential over the last two decades than the digital revolution. High quality and affordable audio and video recorders have greatly extended oral history practice; not only is there more oral history being done, it is being done and thought about very differently. From the collection, preservation and indexing of oral history interviews, to their interpretation and presentation in diverse formats, to new ethical and legal issues, we are in the midst of what Robert Perks and Alistair Thomson, editors of The Oral History Reader, have called one of the four major paradigm shifts in the field since World War II. As Michael Frisch and Douglas Lambert have recently written, "Almost every traditional assumption about the collecting, curation, and uses of oral history is collapsing in the digital age."1

The move away from analog recorders to laptops, smart phones, and other readily available digital recording devices, along with the greatly increased access to potential platforms for oral history interviews in the digital environment, has been both democratizing and transformative, even more so than when cassettes and video recorders began to supplant reel-­to-­reel recorders in the late 1960s. Intertwined with general cultural currents (such as what one might call the "broadcast yourself" sensibility) and specific developments (such as the StoryCorps phenomenon), technological advances have certainly contributed to the growing popularity of oral history today.One measure of this growth is the increase in oral history courses at both undergraduate and graduate levels. Approximately two-­thirds of the programs listed in the National Council on Public History's online guide to public history programs feature classes in oral history, while many programs identify oral history as an area of concentration. In 2008, Columbia University established its interdisciplinary Oral History Master of Arts program, the first master's program in the country explicitly dedicated to oral history. And it is now common for professors to include oral history-­based assignments in classes not specifically designated as oral history courses.

Also striking is the sheer volume of scholarly production, which has actively drawn upon oral historical sources. Oxford University Press, Palgrave, Routledge, and AltaMira have all initiated oral history series in recent years or published extensively in the field. Author Dave Eggers and physician/human rights scholar Lola Vollen founded the Voice of Witness book series to illuminate human rights crises through oral history, and in 2013 Left Coast Press issued the five-­volume Community Oral History Toolkit. Recent years have seen the publication of genuinely international anthologies such as The Oral History Reader (Routledge, 2006), the Oxford Handbook of Oral History (Oxford, 2011), and Oral History and Public Memories (Temple, 2008), as well as more focused works as Preparing the Next Generation of Oral Historians: An Anthology of Oral History Education (AltaMira, 2006). The Oral History Association (OHA), the national professional organization in the field, routinely receives dozens of submissions for its now-­annual book award, and many recent AHA and OAH award-­winning books have included a strong oral history dimension.

Of course, more oral history doesn't automatically translate to better oral history. Indeed, as oral history has spread, many professors who conduct or use oral history interviews themselves, or who include oral history assignments in their syllabi, have no connection to the OHA, and little training themselves in oral history methods, ethics, and interpretive issues. In a recent article, OHA president Mary Larson has argued that as the costs of launching oral history interviews online have lessened compared to twenty years ago, "the dialogue about digital ethics [has] seemed to decrease exponentially as well, perhaps due to the fact that, with projects being more manageable, not as much thought had to be put into all aspects of their production."2

The OHA has revised and promoted professional standards to address oral history practice in the digital era. In 1998 an ad hoc OHA technology update committee presented revisions to the organization's Evaluation Guidelines, including new sections on recording equipment and preservation, and encouraged practitioners to pay more attention to technical standards for recording and to new technology and media, particularly the Internet. At the same time, they considered some of the ethical issues that new technology posed. Recognizing that increasing numbers of people were "doing oral history" outside the purview of established programs and centers, often with limited knowledge of standards of professional practice, in 2008 the OHA appointed a committee to review and further revise the guidelines. The committee developed a set of "Principles and Best Practices," that retains the core principles and professional standards of previous iterations while recognizing the diversity of uses to which oral history is being put.

Along with Michigan State University's MATRIX Center, the American Folklore Society, the American Folklife Center at the Library of Congress, and the Smithsonian Center for Folklife and Cultural Heritage, the OHA also has been a partner in the "Oral History in the Digital Age" initiative (OHDA). Funded in 2010 by a national leadership grant from the Institute for Library and Museum Services, OHDA articulated best practices for the collection, curation, and dissemination of oral history interviews from a diversity of vantage points. The initiative's website  provides a portal to hundreds of best practices documents, an interactive guide for selecting appropriate equipment, and a collection of seventy-­five essays written by experts in oral history about all aspects of the oral history process, often drawing from exemplary case studies.

The renewed interest in sound and the new interest in video are among the many areas covered by the OHDA. The digital revolution has rekindled an interest in sound itself, in "aural history," as it were, while improved technology, along with contemporary expectations, have led to expanded use of video oral history. The OHDA offers numerous suggestions for optimizing both audio and video recording quality, and examines some of the ramifications of video oral history, including privacy concerns. Perhaps even more revolutionary is the fact that digital sound and video move researchers away from reliance on the transcript alone. Consumers of digital history increasingly interact with the recording itself, not just a transcript. To help facilitate this exploration, and the use of untranscribed oral histories, the OHDA explores a variety of digital indexing and cataloguing systems. One such pioneering effort is the Oral History Metadata Synchronizer System (OHMS) developed by Doug Boyd of the University of Kentucky.

The sheer quantity of oral history can be daunting, but researchers are developing digital tools to help automate analysis. High-­powered searches can detect patterns and themes across large collections of oral history interviews, opening new possibilities for interpretation (although to date it has been primarily linguists rather than historians who have availed themselves of such an approach, as in the case of researchers mining the vast collection of StoryCorps interviews housed at the Library of Congress).

Oral history has been central in the evolution of public humanities over the past two decades, not merely in the greater dissemination of historical knowledge, but in the collaborative interaction between professional historians and diverse constituencies, often using digital tools. One outstanding example of such a collaboration is the Mashapaug Project, a partnership among Brown University's John Nicholas Brown Center for Public Humanities and Cultural Heritage, community artist Holly Ewald, and residents near a local pond to explore the landscapes of community memory. As manifested by a variety of projects-­in-­progress, such as Georgia State University's NEH-­funded "Mapping Atlanta" initiative, the intersection of oral history and advanced digital mapping programs offers an especially fruitful and powerful collaborative possibility.

Both OHDA and the OHA, through the journal and the OHA annual meeting, have encouraged practitioners to think and write digitally, in other words, to deeply consider the attributes and possibilities of digital oral historical sources in their scholarship. The Summer/Fall 2012 issue of the Oral History Review included two articles where oral/aural history was integral rather than supplemental to the central argument, thus requiring readers to listen as well as read through access to the online edition of the journal. The Winter/Spring 2013 issue amplified some of the essays originally composed for OHDA, while the Summer/Fall 2013 issue embedded video links for the first time.

We are now twenty years into the digital revolution, and perhaps it is time to drop the "digital" signifier. As Doug Boyd, project manager for OHDA has written, "the new normal for contemporary oral history practice is the ongoing and unfolding transition to digital and, with it, exciting and sometimes dizzying innovation."3

—Clifford Kuhn is the executive director of the Oral History Association, based at Georgia State University where he is also associate professor of history. He is the author of Living Atlanta: An Oral History of the City, 1914–1948 and Contesting the New South Order: The 1914-­15 Strike at Atlanta's Fulton Mills. He has also been involved with numerous media productions, including the award-­winning radio series Living Atlanta and Will the Circle be Unbroken?