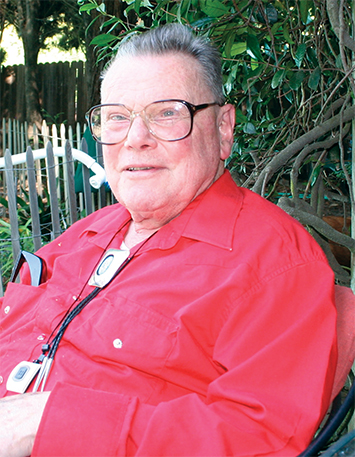 William M. Bowsky, professor emeritus of medieval history at the University of California, Davis, died on Tuesday, February 12, 2013, after a brief illness. Bill was raised in New York City, a few blocks from the Cloisters, which he always said explained his initial interest in medieval studies. Educated at the Bronx High School of Science and New York University, he earned his PhD in 1957 at Princeton University, where he studied with Joseph R. Strayer and Theodore E. Mommsen. Ernst Kantorowicz participated on his dissertation committee, and for one year Bill served as Kantorowicz’s assistant at the institute. Bill later reflected that he could not have had better mentors.

Bill was part of the postwar wave of American historians who investigated the incomparable riches of Tuscan archives. He followed Gene Brucker from Princeton University to Florence, Italy, and became a Fulbright Fellow in the same year that David Herlihy went to Pisa. Along with Marvin Becker and Lauro Martines, they produced a constant flow of important and exciting archivally based work.

Bill’s dissertation, published as Henry VII in Italy (1960), was a diplomatic study of Dante’s Alto Arrigo and his struggles to reestablish imperial control over the city-­states of 14th-­century Italy. Bill’s most important work remains his intensive archival study of the economic and institutional history of Siena during its late medieval flowering. He liked to call himself an old-­school positivist because he was suspicious of theories and models that muffled or blurred whatever realities the documents themselves might reveal. More simply, as he explained to his grandchildren, he just loved the mystery of 600-­year-­old documents. Using an incomparable but then-­unstudied series of council deliberations, Bill worked out the administrative and institutional realities that shaped a major Italian commune. His study, “The Impact of the Black Death on Sienese Government and Society,” (1964) remains one of the best case studies of 14th-­century plague. The Finance of the Commune of Siena, 1287–­1355 (1970) and A Medieval Commune: Siena under the Nine, 1287–­1355 (1981) revealed the inner workings of an Italian government in unmatched detail. In the end, Bill realized the limits of his own approach: he could explain what the city fathers of Siena believed about themselves and their government, but he could not entirely explain the contradictions between their actions and the ideals represented in the civic mural they commissioned, Amborgio Lorenzetti’s allegorical painting often called The Good Government of Siena. Bill remained convinced, however, that the historian’s speculations must be held in check by what the evidence permitted him to say. In later years, his interests shifted to Florence, and the important parish of San Lorenzo. In addition to several articles, he produced two books, La chiesa di San Lorenzo a Firenze nel medioevo: Scorci archivistici (1999) and Piety and Property in Medieval Florence: A House in San Lorenzo (2000). He was also founding editor of Studies in Medieval and Renaissance History.

Bill was recognized with numerous awards and citations. A Fulbright Fellowship supported his dissertation research, and he later won fellowships from the Guggenheim Foundation, American Council of Learned Societies, American Philosophical Society, and Social Science Research Council. In Siena, he accepted the Mangia d’Oro as well as an honorary doctorate and membership in the Accademia degli Intronati, and he was made an honorary citizen of the city. He also became a Fellow of the Medieval Academy of America and a Fellow of the Deputazione di Storia Patria per la Toscana.

But he was much more. “Unforgettable Bill” is how one Italian scholar remembers him. Students, colleagues, and friends all tell stories of his irrepressible behavior, not to mention his preference for dressing in full cowboy regalia for most of his adult life and the explosive espresso pot over which he told many a tale in a bellowing New York accent. He taught the first women’s history course at UC Davis, and proudly described himself as a charter member of the National Organization for Women (NOW). He could sit on the floor and sing union songs (once, he claimed, with Pete Seeger), or he could call a square dance in Rome (in Italian). He described more than once accepting a challenge from Mommsen and Kantorowicz. During an evening of wine and conversation at Mommsen’s home in Princeton, the two Germans lamented that American education could not equal German training; Americans had little ability to read Latin poetry correctly. As Bill later told the story to his daughters and grandchildren,

I had imbibed a little too much of the wine . . . and blurted out “Yes we can.” Immediately the two professors opened one of the volumes of the great multi-­volume Monumenta Germaniae Historica and placed it in front of me. Taken aback, I felt that I had only two choices. The first was to work through the text word by word, which would have made it all too easy to make a mistake. Instead, I took one look at the page and rattled off the poetry at full tilt. “Alright,” one of the professors said, “Bill can read.”

The stories could be multiplied. What we most wish to remember is Bill’s great love of friends and family, his kindness and mentorship to many younger scholars, and his boundless generosity in sharing his wealth of knowledge and experience.

In retirement, Bill continued, so long as his health permitted, to return to Italy—­to archives, libraries, and his circle of friends. He was preceded in death by a daughter, Janna, and is survived by his wife Martha Welborn Bowsky, his daughters Monica Dwyer and Sara Bowsky, and three grandchildren.