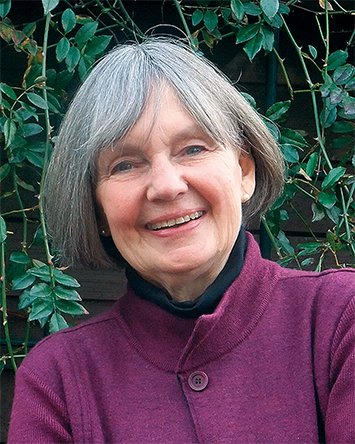 Historian of the American Revolution

Pauline Maier, the William Rand Kenan Jr. Professor of American History at the Massachusetts Institute of Technology (MIT) and a distinguished historian of the American Revolution, died at the age of 75 on August 12, 2013, in a hospice in Cambridge, Massachusetts. A non-­smoker, she had been diagnosed with lung cancer less than two months previously.

Born Pauline Rubbelke in 1938 in St. Paul, Minnesota, she was the first in her family to attend college. A champion high school debater, she impressed a recruiter for Radcliffe College and enrolled there in 1956, intending to be a journalist. She majored in history and literature and joined the staff of the Harvard Crimson, where she met her future husband, Charles Maier, now the Leverett Saltonstall Professor of History at Harvard. They studied for a year in England after graduation in 1960—­she as a Fulbright Scholar at the London School of Economics, he in Oxford. After marrying in Oxford in 1961, they toured Europe. That fall they entered the graduate program in history at Harvard together. Both earned PhDs from the department, and to many who have known them since, they have long been referred to almost as one person: “Pauline and Charlie.” Though their fields—­his in modern Europe, hers in early America—­were quite different, they were one of the most prominent couples in the historical profession.

While holding professorial positions at the University of Massachusetts ­Boston, the University of Wisconsin–Madison, and finally at MIT. Pauline Maier retained the scholarly trajectory on which she embarked as the first female graduate student of Bernard Bailyn: the era of the American Revolution. From her initial published articles to her last book, she based her work firmly in primary-­source materials, with much of the research being conducted in Harvard’s Widener Library or other Boston-­area repositories.

Her 1968 PhD dissertation, published as From Resistance to Revolution: Colonial Radicals and the Development of Opposition to Britain, 1765–­1776 (1972) is still in print. A classic account of the coming of the revolution, it changed historians’ interpretation of the Sons of Liberty. She showed that, rather than wild-­eyed radicals who led street mobs, the group was an inter­colonial organization of middling men dedicated to controlling violence. She continued that theme in her next book, The Old Revolutionaries: Political Lives in the Age of Samuel Adams (1980), which offered short biographies of key leaders in the 1760s resistance movement, and distinguished them from the men who later waged the Revolutionary War. In it, she attempted with some success to banish forever the radical image of “Sam” Adams. (As she demonstrated, Adams, who usually sought to achieve political consensus before he acted, was always called “Samuel.”)

Her next book, American Scripture: Making the Declaration of Independence (1998), remains her best known. Controversially, she asserted that Thomas Jefferson was “overrated” and stressed the collective authorship of the declaration by members of the Second Continental Congress, who made many changes in Jefferson’s original draft. In addition, she located 90 local “declarations” issued before July 1776, thus proving that the Congress’s declaration was the culmination of a process rather than its initiator. American Scripture was a finalist for general nonfiction for the National Book Critics Circle Award. What would become her final published book, Ratification: The People Debate the Constitution, 1787–­1788 (2010), was awarded the George Washington Book Prize as the best work on the revolutionary era that year. Her remarkable narrative skills managed to make the story something of a cliff-­hanger, even though readers knew the outcome. At the time of her death she was at work on a study of the process through which the first 10 amendments to the Constitution acquired semi-­sacred status as “the Bill of Rights,” a designation with more recent roots than most Americans realize.

Maier’s service extended to engagement with local and national historical organizations. She played an active role in the Massachusetts Historical Society, where she served as a member of the board of trustees and as chair of the Adams Papers committee. She also chaired the publications committee of the Colonial Society of Massachusetts. Fearing that the political history she practiced was being overshadowed by social and cultural approaches to the past; she helped found the Historical Society in 1997 and served for a time on its board of governors. She was also president of the Society of American Historians in 2010–­11.

At MIT, she was known as a dedicated teacher, passionate about instructing her students, primarily undergraduate scientists, through the careful reading of primary sources. In addition to her regular courses—­the US history survey and the American Revolution—­for 25 years she cotaught a popular course on riots and rebellions in US history with her colleague, Robert Fogelson. With three others, including Daniel Kevles, a friend from her time in England in 1960, she coauthored Inventing America, a college textbook that examined the nation’s history through an emphasis on science and technology; she wrote a textbook intended for use by eighth graders as well.

She was long such a vibrant and energetic presence in the community of early Americanists that her illness and sudden death came as a shock to the field. Although she had no PhD students of her own, many young scholars have attested to her mentoring, her generosity, and her enthusiasm for assisting their work.

She is survived by her husband, her father, two brothers, six grandchildren (one of whom was born shortly before her death), and three children: Andrea (of Brussels), Nicholas (of Belmont, Mass.), and Jessica, an assistant professor of art history at Mt. Holyoke.

Because of a stroke, she was unable to speak in her final weeks. But she wrote the following on a whiteboard, which accurately conveys her sensibility: “I have three wonderful children. I have written some books. I have planted flowers. I have baked bread. I have been blessed.”

She is already sorely missed.