Cataloging for the Future: NARA on Archiving Federal E-­mail Records 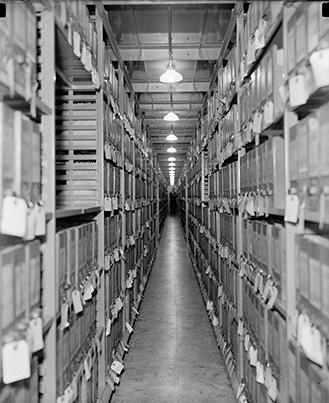 We have come a long way since Raymond Tomlinson sent the first experimental e-­mail in 1971. Playing around on ARPANET, a byproduct of the Department of Defense's research into computer networks, Tomlinson wanted to see if he could send a basic text message between distinct computers. By choosing the "@" sign to connect a username to a destination address, Tomlinson was able to send what is considered one of the first network electronic mail messages. The rest, as they say, is history.

In a few short decades, e-­mail has become central to how we communicate, both personally and professionally. According to Mashable (on.mash.to/18Qjfig), over 144.8 billion e-­mails are sent worldwide per day, with 89 billion considered business and 55 billion considered personal. E-­mail has left an indelible mark on how humans communicate, and now it's time to consider how we will preserve it. In late August, the National Archives and Records Administration (NARA) published a bulletin outlining guidance for the heads of federal agencies who manage e-­mail records (1.usa.gov/18Qjk5G). The "Capstone" approach is an effort by NARA to "evaluate how agencies have used various e-­mail repositories to manage e-­mail records." Capstone is designed to create a universally applicable system for agency heads to determine how to filter and ultimately preserve e-­mail documents. As it stands now, federal agencies manage their own e-­mail systems, and set their own standards of e-­mail preservation. Adopting the Capstone approach will allow federal agencies to comply with a 2012 White House directive requiring them to electronically manage all e-­mail records by December 31, 2016.

Currently, federal records management relies on either "print and file" or "click-­and-­drag" (where an email remains in an electronic form) archive strategies. According to Arian Ravanbakhsh of the Office of the Chief Records Officer, in an e-­mail correspondence, "these solutions, especially 'print and file,' where individuals have to print email (and associated metadata) and file that paper in appropriate records keeping systems is obviously subject to a wide variety of user error." By contrast, the Capstone approach prompts federal agencies to identify key personnel and designate Capstone accounts (which use existing e-­mail systems within the agency), which will capture e-­mails as permanent records. Capstone captures not only permanent records to be archived, but also relevant metadata and attachments. In summary, NARA's approach would not only cut down on print e-­mail records currently being preserved, it would create a more uniform strategy for archiving e-­mail records throughout the federal government.

The Capstone option is up to individual federal agencies to adopt. According to Ravanbakhsh, it is too early to tell how many agencies will implement the strategy. He did qualify that NARA has received considerable interest in the approach from many agencies, some of which have signed on for additional training sponsored by NARA.

New frontiers present new opportunities as well as new challenges for historians. If NARA is able to implement a broadly applied strategy to manage and preserve e-­mail records today, tomorrow's historian will reap the benefits of a trove of searchable new records. Of course, this will require new methodologies to handle such large quantities of data sets, which could mean an even greater reliance on new database and software techniques associated with the big data movement. But there are plenty of questions that still remain unanswered. How will individual federal agencies determine who and how many administrators will have Capstone accounts? Will the Capstone strategy eventually filter to lower levels of federal staff? If  they do begin to include more staff members in the program, what new skills and technology will big data historians need to mine and map this new quantity of data?

It is for these reasons that historians should be involved early on in the process. Archival material is the tie that binds the archivist and historian together, and it's important to keep an open line of communication between the two groups to bridge the "archival divide." Particularly for projects like Capstone that have long-­term ramifications for our research, historians need to stay abreast of the work of archivists and how they are formulating archival strategies. NARA frequently solicits public comment and feedback on strategy drafts like Capstone, and it is vital that historians engage with archivists early in the strategy phase and make our mark. Readers can read the original bulletin here (1.usa.gov/18Qjk5G), and the corresponding announcement on the NARA blog, Records Express (1.usa.gov/GzWnfb). If they are so inclined, Records Express allows public comment, and readers can publish their questions and concerns on the announcement space.