Artifacts as Pixels, Pixels as Artifacts: Working with Photographs in the Digital Age

What are historians to do? The evolving digital environment poses a challenge for all of us who work with photographs; in part because digitized archives make images more accessible, but also because new technologies have changed just what a photograph is. In some ways, the emergence of digital images echoes the transformation that happened in the 1860s, when the singular media of the daguerreotype, tintype, and ambrotype gave way to glass negatives that could be used to make unlimited numbers of paper prints. That technological shift, like this one, allowed photographs to circulate in new ways, far beyond the control of their makers. Still, as objects of historical inquiry, digital images raise a special set of problems of their own.Historians have never been all that good at using photographs. They tend to think of them as disembodied images rather than as time-­bound physical artifacts, material objects that reward study in and of themselves. And they too often turn to them as illustrations rather than as rich primary sources that can yield evidence much as literary documents can. The turn to the digital reinforces these bad habits. 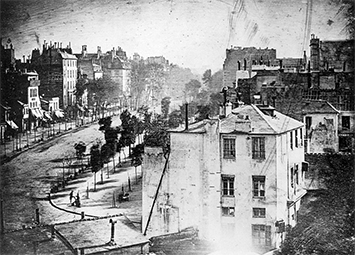 Any analysis of photographs as primary sources needs to consider photographs as they exist in history and through history. To consider a photograph in history, we might ask about patronage, consider the tension between the photographer's needs and the subject's ambitions, seek out the original format of the image and the ways in which it moved into the public realm, and look for evidence of viewers' responses. To consider the photograph through history, we'd ask how its uses and meanings have changed over time, how it moved from one owner to another or into an archive, and how our encounter with the photograph is shaped by our own research agenda. Photographs may be fixed physical objects, but their meanings can change as viewers approach them with fresh questions. A 1990s photograph of lower Manhattan looks different now, in the aftermath of 9/11.

Many historians shy away from using photographs as primary sources because they don't feel confident interpreting visual evidence, or worry they must understand photographic technology. But one doesn't need to understand chemistry to analyze a photograph. It's enough to understand that prevailing photographic technologies determined what could be photographed, what the photograph would look like, how it would be published or exhibited, and how it would circulate. So a Civil War historian needs to understand that the relatively slow exposure times demanded by wet-­plate negative technology made it impossible to capture images of action, but let photographers make and distribute large numbers of paper prints, something that would have been impossible just 15 years before. A historian of Gilded Age America needs to know that the invention of the Kodak camera in 1888 simplified picture-­making and attracted amateurs to the field. And a historian of the Depression era should understand how the developments in halftone printing allowed picture magazines to emerge as important vehicles for the reproduction of photographic images.

Anyone who, like me, has spent lots of time in photographic archives can appreciate how the digitization of large collections makes life easier. From home, we can search enormous archives, compare images from different sources, zoom in on details, and download study prints. But the quality of these online digital archives varies widely. Well-­catalogued archives of historical photographs sometimes become well-­catalogued digital collections, with easy to navigate metadata and digital images that fully reproduce the original photograph, front and back.

But not always. Some digital archives are the electronic equivalent of a disorganized drawer of photographs dumped out on the table. These online sites can make it difficult to determine just what sort of physical object is actually in the collection. A negative? A vintage print? Some sites obscure the name of the photographer or the original size of the object, both vital bits of information for someone who wants to think about how the photograph circulated or what sort of impact it had. Most reproduce the image, but not the mount or the back of the photograph, which can contain evidence crucial for the historian. Digitization can flatten the physical differences among photographic prints and conceal or erase information accessible to anyone who consults the original object.

Moreover, it can be very difficult to determine how digital archives have been created. Researchers who go to a physical archive and plow through boxes of photographs can generally know they've seen what there is to see (let's forget what we know about the uncatalogued collections in deep storage). But visitors to a digital archive are usually hard pressed to understand the relationship between what's online and what's in file drawers. Did a curator digitize everything, or only the most fragile pictures? Indeed, did the curator even make those decisions, or was it a summer intern picking whatever fit in a scanner? Digital archives tend to erase all signs of their own creation. They convey the illusion of providing researchers with access to everything. But they rarely do.

In general, the quirky nature of digital archives and the uneven quality of the metadata appended to individual digital image files pushes the casual researcher toward a greater focus on visual information and away from any serious consideration of the photograph as a material object capable of conveying more complex and nuanced sorts of historical information. The enormous benefits of so much visual data come at a price.

What of the "born digital" images, made without negatives, that constitute virtually all the photographs being made today? The first digital cameras shipped out to consumers in 1997; the first cellphone cameras in 2000. Click, just like that, we're drowning in images. In 2000, the year that marked their peak, an estimated 85 billion analog photographs were made around the globe. (The most popular subject? Babies.) By 2011, some 2.5 billion people owned digital cameras, and Facebook included roughly 140 billion photographs. That's more than 10,000 times the number of photographs in the Library of Congress. As one researcher noted, every two minutes we take as many photographs as the whole of humanity took in the nineteenth century.1

Even presuming we can gain access to some meaningful percentage of digital images through online archives or social media sites, how can we, as historians, use them as primary sources for scholarly research? The sheer number of images challenges us. How can we distinguish the typical from the unusual, or locate the data that identifies the image and lets us assess it as a historical document?

The integrity of the images presents another set of problems. Photographers have always edited their scenes through the simple act of framing their pictures. And they've always had the ability to alter their images in the darkroom. Still, in the pre-­digital era, the subject of a photograph usually appeared before the camera lens. We can't make that assumption anymore. How many of us have the technical skills to detect whether an image has been digitally altered or even created on a computer? With digital photography, there's no easily accessed equivalent of an original negative that allows us to assess a photographer's or editor's alterations.

And how can we evaluate the motivations of the photographers whose images we encounter online? How do we determine which images were made to promote a particular point of view, which to hurt or deceive? How can we even know who made the photograph? Historians sometimes have to use anonymous sources-­an unsigned letter, an unattributed newspaper story, a fragment of a larger document. But what kind of historical source is a pixelated image whose creator we can't identify, whose integrity we can't confirm, and whose purpose we can't discern? That makes for a very complicated source, indeed. We might still be able to track these born-­digital images through history, watching as they appear in one site and then another, but in many cases we'd be hard-­pressed to understand them as objects in history, bound up in the time in which they were produced. They're defined by motion; their ever-­shifting form pushes us to rethink what an historical artifact even is.

I appreciate the considerable advantages of the digital turn for both photographic archives and the creation of new photographs. But the emphasis on visual information comes at the expense of all the smaller details that made analog photographs such rich sources of historical knowledge. Historians have not always been smart about how they've used images as historical sources. But in older forms of photography they've found the corroborating details, fresh perspectives, and sparks of human empathy that let them write about the past in a more understanding way. Whether digitized images or born-­digital photographs can ever provide equally compelling and verifiable evidence about people, places and events distant in times and space, is, I think, very much up in the air.

—Martha A. Sandweiss, professor of history at Princeton University, began her professional career as a photography curator. She is the author of Passing Strange: A Gilded Age Tale of Love and Deception across the Color Line and Print the Legend: Photography and the American West.