At the Lower East Side Tenement Museum in New York City, visitors experience a dynamic and challenging interpretation of immigration history in the United States. Through guided tours of historically renovated tenement buildings, neighborhood walking tours, and other programs, the Tenement Museum encourages visitors to consider the lives and experience of immigrants of the past and invites them to think about the relevance of that history to contemporary challenges. “At a time when issues surrounding migrants, refugees, and immigration have taken center stage,” their website states, “the Tenement Museum is a potent reminder that, as a nation shaped by immigration, our brightest hope for the future lies in the lessons of the past.” 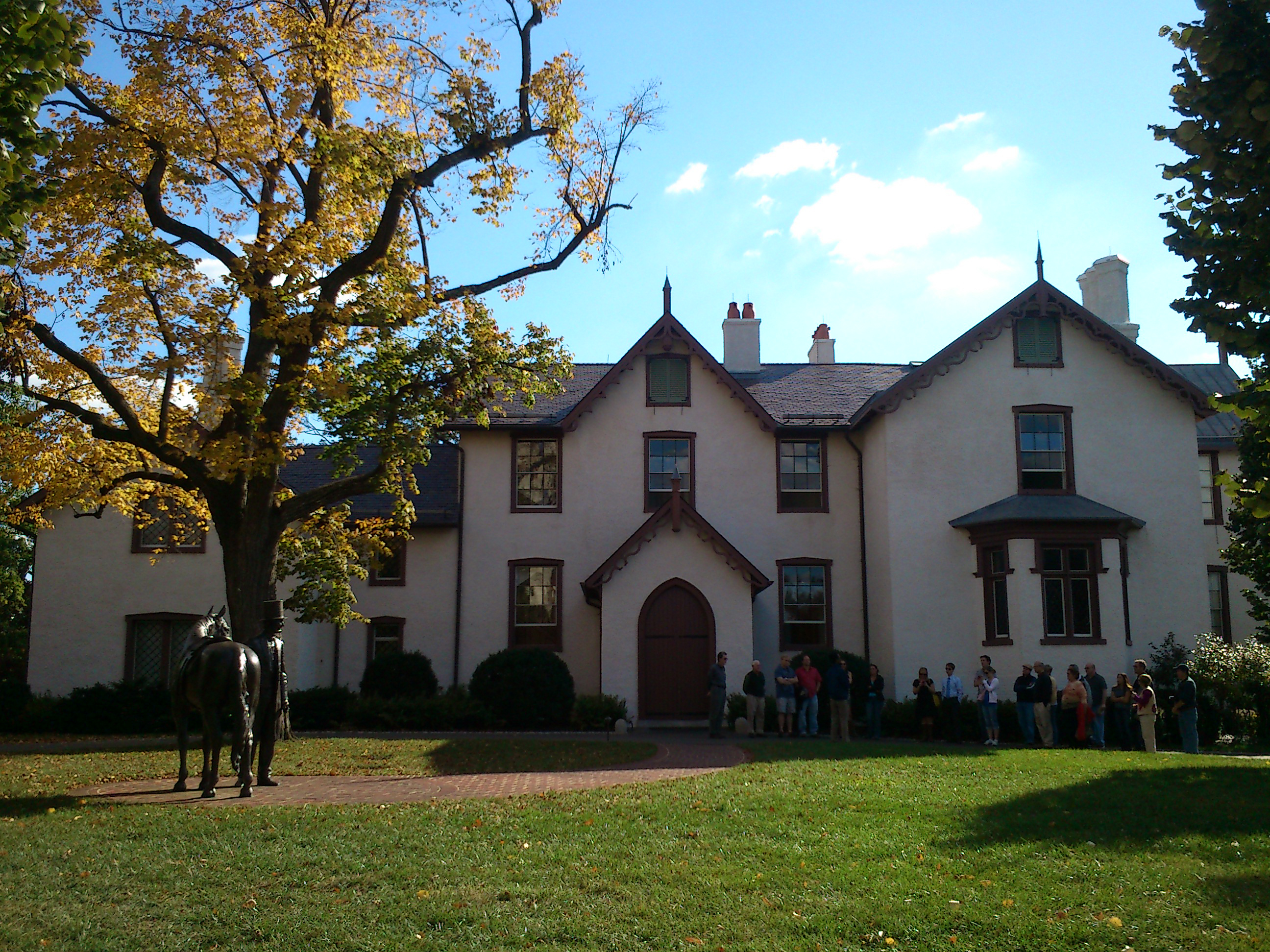 President Lincoln’s Cottage in Washington, DC, is just one historic site that has been revising its programs to make contemporary connections to history more clear. Payton Chung/Flickr/CC BY 2.0

Like the Tenement Museum, historical institutions throughout the country are working with their communities to make the past more relevant and engaging. New research suggests these efforts have had a positive effect, as visitation to history organizations has increased considerably over the past several years. The National Visitation Report (NVR) published in November 2019 by the American Association for State and Local History (AASLH) is the first nationwide survey of visitation trends at historical organizations. It found that visits to history museums, historic sites, and other historical organizations increased nearly 6 percent between 2013 and 2018. This growth was evident for institutions of nearly every type, of different budget sizes, and in every region of the country. Although the report did not endeavor to answer why visitation trended upward, conversations with public history practitioners across the field reveal a strong consensus: efforts to make history more relevant, inclusive, and community-engaged have resulted in visitation growth.

“With lots of encouragement and support from both the public and the museum profession, historic sites have been working to tell fuller, more well-rounded stories of American history, and that’s having an effect,” says Michelle Moon, the Tenement Museum’s chief programs officer. “More and more, museums are connecting to audiences through their inherent interests, presenting creative twists on content, and providing opportunities to dive deeper and learn more about topics or skills.”

Efforts to reinvigorate historic interpretation and increases in visitation are evident beyond large institutions in major cities. The NVR reveals that some of the strongest visitation growth occurred at the small historical societies and museums that are ubiquitous in towns and counties across the US. Institutions with annual operating budgets of less than $50,000, for example, saw their visitation grow 18 percent, the largest increase of any budget level. Those with budgets between $50,000 and $250,000 saw visitation increase nearly 13 percent. Institutions of this size, many of which are operated solely by volunteers, form the majority of the nation’s more than 20,000 historical organizations.

Conversations with public history practitioners across the field reveal a strong consensus: efforts to make history more relevant, inclusive, and community-engaged have resulted in visitation growth.

Other data suggests growing engagement with history as well. The National Endowment for the Arts’ 2017 “Survey of Public Participation in the Arts” found that 28 percent of Americans had visited a historic site in the previous year, a 4 percent increase from 2012. A 2019 survey by Conner Prairie, a living history museum in Indiana, found that nearly 90 percent of Americans were likely to visit a history museum if it would connect them more meaningfully to their past and help them understand the world today.

These surveys point to a growing engagement with US history. A broad view of public history practice gleaned from conference sessions at AASLH and the National Council on Public History, publications, leadership seminars, and conversations among practitioners suggest this visitation growth is likely a result of increased effort among organizations to employ new methods to advance more relevant and more inclusive interpretation and programming.

These approaches have taken hold across the country, with a growing number of institutions creating programs and exhibitions built on the concepts of shared authority and community-engaged practice. Public history institutions are working more directly with their audiences, taking seriously their understandings of the past and their concerns in the present, integrating community knowledge and priorities into the work of the institution. President Lincoln’s Cottage in Washington, DC, for example, connects Lincoln’s efforts to end slavery with the contemporary fight to end human trafficking through their “Students Opposing Slavery” program. El Pueblo History Museum in Pueblo, Colorado, directly engages visitors in the interpretive process, asking them to contribute their personal stories of the community in order to shape the museum’s exhibitions. And the Indiana Historical Society in Indianapolis collects artifacts and documents related to the state’s LGBTQ history to ensure the institution reflects the community it serves.

The effect of this field-wide shift is especially noticeable among historic house museums. In the late 1990s and early 2000s, as waning interest in historic houses led to tough questions about sustainability, AASLH, the National Trust for Historic Preservation, and others convened a major forum asking, among other things, “Are there too many historic house museums?” As Kenneth C. Turino and Max A. van Balgooy noted in their recent book, historic houses have been encouraged since that time to address sustainability challenges by “becoming more relevant to the surrounding community, working collaboratively with nearby museums, recognizing that interpretation should evolve, and taking advantage of modern planning and evaluation tools.”

As the nation approaches its 250th anniversary in 2026, these trends suggest the history enterprise has a strong foundation to build on.

Many historic houses have proven themselves up to the task: their average annual visitation rose nearly 9 percent between 2013 and 2018, above the national average. According to Turino, manager of community partnerships and resource development at Historic New England, these increases come as a result of field-wide changes toward greater community engagement and relevance. “There really has been a shift in what people have been doing to engage their communities,” noted Turino, “and it seems like that is having an effect.” As historic homes and other institutions have prioritized connecting with and listening to the communities in which they operate, and have moved away from presenting roped-off rooms and a static narrative of the past, interpretation has become more relevant, more engaging, and as the NVR suggests, more attractive to visitors. That such growth has occurred among institutions that inspired field-wide concern less than 20 years ago is a very promising development.

Not everyone, however, has been receptive to the advancement of more inclusive histories. Some visitors are disappointed (or worse) when they are asked to consider historical narratives they find difficult to deal with. Some white visitors to Monticello, Whitney Plantation, and other southern sites, for example, have rejected the effort to present more intellectually honest interpretations about American slavery, preferring a more comforting, sanitized version of the past. Yet the broader pattern of growing visitation suggests that audiences throughout the country are receptive to interpretive approaches that challenge conventional narratives.

Finally, recent success stories about student engagement with the humanities reveal emerging alignment between public history practice and pedagogical approaches. At colleges and universities, efforts to align introductory history course offerings with student interest and current events are leading to an increase or stabilization of majors and enrollments. Correlation between visitation growth and current trends in the public history community suggests the importance of connecting knowledge of the past with contemporary issues. Common efforts in postsecondary courses and at public history institutions to draw connections between past and present and to align offerings with the interests of their audiences could generate new opportunities for collaboration. Ongoing efforts by the AHA and by AASLH to better understand Americans’ attitudes toward history and to effectively communicate history’s value should only help.

As the nation approaches its 250th anniversary in 2026, these trends suggest that the history enterprise—from scholars and teachers to site directors, curators, and volunteers at historical organizations, and everyone else engaged in doing history work—has a strong foundation to build on. They also suggest ways public history institutions can continue to grow their audiences and expand opportunities to engage the public in discussions of American history: working directly with stakeholders, whether community members or students, to determine how history can help them better understand their world; sharing broad and inclusive stories about the past, even when they challenge long-established narratives; and emphasizing connections to contemporary concerns.

John Garrison Marks is the senior manager, strategic initiatives for the American Association for State and Local History. He tweets @johngmarks.