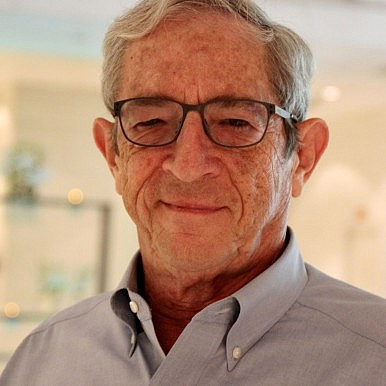 Stephen Philip Cohen, the doyen of South Asian security studies, died on October 27, 2019, after an illness. He was 83 years old.

Born and raised in Chicago, Steve spent several decades at the University of Illinois at Urbana-Champaign nurturing students’ interest in the South Asian subcontinent, pioneering scholarly studies on Pakistan’s and India’s militaries, and establishing a hub—the Program on Arms Control, Disarmament, and International Security (ACDIS)—where students, scholars, and pundits from South Asia met to discuss the most pressing issues of the region.

Steve was a historically minded scholar-practitioner, whose towering influence remains indelible through not merely his supervision of generations of doctoral students at Urbana-Champaign, but also mentorship of those who passed through ACDIS and later through the Brookings Institution, where he spent 21 years in the Foreign Policy program. He was at the core of a community of experts on South Asia that he nurtured in the United States, at a time when it was not fashionable to do so. Philanthropic organizations like the MacArthur Foundation, the Ford Foundation, and the Rockefeller Foundation played important roles in enabling Steve to craft this community, which today is spread across several countries.

Cohen’s scholarly career was influenced by his time working in the US Department of State, where he served on the policy planning staff under Secretary George P. Schultz from 1985 to 1987. In the 1960s and ’70s, South Asia was of little consequence to those looking to build a distinguished career inside the Beltway. The Cold War’s hot wars were being fought elsewhere. The Soviet invasion of Afghanistan in December 1979 made the region geopolitically significant to mainstream Cold Warriors. During the Reagan administration, the two US priorities in the subcontinent were to help the mujahideensto fight the Soviet military occupation of Afghanistan, and to prevent Pakistan from developing nuclear weapons. Steve’s stint at the State Department thus came at a time when the geopolitical relevance of South Asia to the United States was transforming definitively.

Through his work and his life, Steve endeavored to build bridges between two adversarial countries—India and Pakistan—that are intrinsically more similar than different. He did so very often with humor and food. His weekly “Adda” lunch on Massachusetts Avenue in Washington, DC, with current and former research assistants and those just passing through (including myself), was one of the many ways in which he drew people together. Upon asking him once to chair a conference panel at the last minute, I got back a humorous and good-natured response. Anyone else of his stature would have summarily refused such a request. Not Steve—he said, “Sure, happy to do it. I’m also available for weddings and bar mitzvahs.” That was Steve Cohen: magnanimous, jovial, and exceedingly generous.

He is survived by his wife Roberta Brosilow, his six children, and nine grandchildren.