In higher education, professional associations play an important role in creating and reinforcing norms. Even as associations advocate for change, they must acknowledge their historic place in maintaining hierarchies, even when that involves pernicious and rightly vilified discrimination based on race, ethnicity, gender, and other identities. Professional membership organizations do not exist outside the structures of inequality that pertain within that profession. 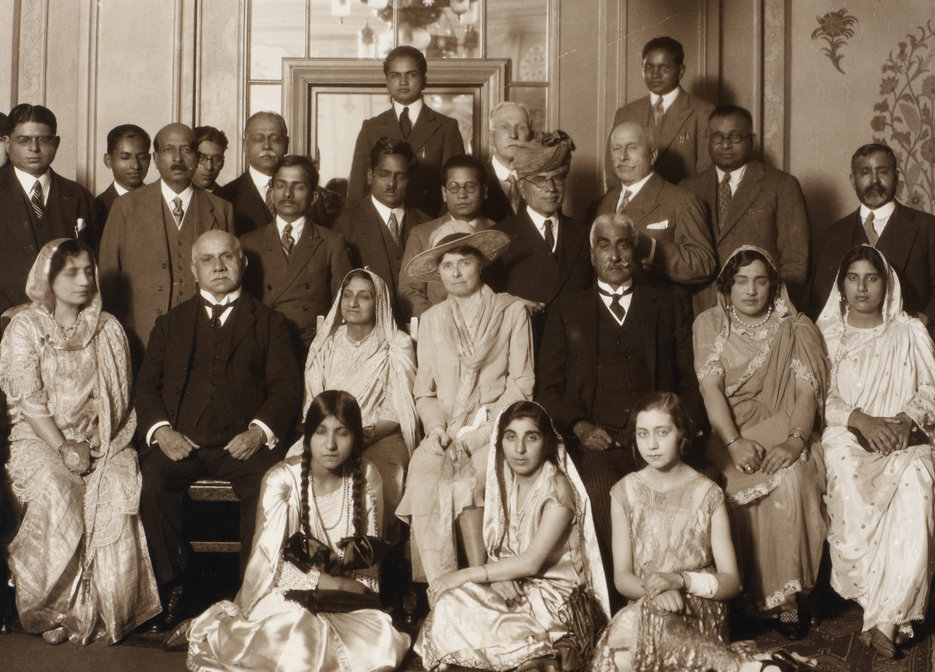 Minority students have studied in the UK for a long time. In 1928, a group of Punjabi students were photographed in London visiting Veeraswamy, now the oldest Indian restaurant in the UK. British Library/Public Domain. Image cropped.

That is the stance taken by the Royal Historical Society (RHS), an association with a membership of over 4,000 historians, as they work to address the lack of diversity and inclusion in university history departments in the United Kingdom. The RHS’s major 2018 report on this issue acknowledges that the Society’s own record on ethnic diversity is “poor,” and recognizes that “the Society needs to direct its attention to its own practices as an integral part” of trying to lead change in the discipline more broadly.

In October 2018, the RHS published “Race, Ethnicity and Equality in UK History: A Report and Resource for Change.” This report—the work of their Race, Ethnicity, and Equality Working Group (REEWG)—makes for disturbing reading about the extent to which the “racial and ethnic profile of students and staff in UK university History departments has remained overwhelmingly White.” Against a backdrop of intellectual change that has seen histories of race and ethnicity transform our understanding of the world, the extent of the problem of the whiteness of academic faculty and students looks even starker. And perhaps even more alarmingly, the report found that “racial and ethnic inequality affects History more acutely than most disciplines."

Tracing the problem from secondary through postgraduate education and into employment in history departments, the report presents data on the extent of the inequality. As of the report’s publication, nearly 94 percent of academic staff in history departments were white. White students make up 89 percent of students in Historical and Philosophical Studies (H&PS) as compared with 77 percent across all university students.1 The proportion of nonwhite students drops even lower among postgraduate cohorts. As students move through university educational levels, fewer black and minority ethnic (BME) students at the master’s and doctoral levels mean fewer in positions within departments. This in turns leads to “a lack of BME mentors, a lack of intellectual support for projects which do not fit a traditional research outlook, and a lack of doctoral supervisors.”

Beyond these stark figures, the report draws qualitative and quantitative information from an RHS survey conducted in spring 2018 of 737 historians working in higher education in the UK to gauge the extent of workplace discrimination and bias. Responses to the survey document what the report calls “significant and disproportionate levels of discrimination, bias and harassment experienced by BME postgraduate students and staff,” with many respondents noting “discriminatory and exclusionary working environments” at their universities. Nearly a tenth of survey respondents reported that they had directly “experienced discrimination or abuse,” with almost 30 percent of BME respondents reporting experiencing such intolerance. According to the survey results, “departmental colleagues (39.3 percent) and students (20.5 percent) were the most common initiators of this abuse.”

Emphasizing diverse stories in the classroom could attract a wider range of students.

The changes needed to address these problems and make history more attractive and welcoming to BME students are daunting. As Margot Finn, president of the RHS, makes clear in her foreword to the report, the Society is “cognizant of the scale of the task.” It is not enough just to address the problem in university departments, although that is an important focus of the report’s recommendations. Lack of BME representation is a pipeline problem that begins in secondary school, with the choices students make about what to study for two stages of national educational qualifications (the first usually around 15 or 16 years of age and the second at the completion of their secondary education). Attainment by BME students at the secondary level also influences what they can and chose to study when they reach university.

Survey respondents also remarked on the pipeline problem, seeing the narrowness of the historical curriculum as a factor in limiting interest among BME students. “Many respondents highlighted calls to make the history we teach more diverse in order to widen the discipline into areas of History it has previously ignored, to ‘decolonise’ curriculums and to attract a more diverse range of students.” One respondent, identified in the report as a white master’s student, wrote, “A more inclusive curriculum in regard to ethnic minority history at the secondary school and college level” would “draw a more diverse range of interest in the subject.”

The report argues that this interrelated nature of the set of problems is crucial to attempts to address it: “The narrow scope of the school and university History curriculum is an obstacle to racial and ethnic diversity in History as a discipline.” The lack of a diverse curriculum shows minority students early on in their education that history is not a field for them. Instead, emphasizing diverse stories in the classroom could attract a wider range of students. Survey respondents also raised the issue of intersectionality, with qualitative responses indicating that many think the problems faced by ethnic minorities must be considered in conjunction with discrimination related to class, gender, sexual orientation, and more.

The report provides wide-ranging, detailed, and specific recommendations. In fact, there are multiple sets aimed at people with distinct roles, including teaching staff, department chairs, and editors. While it is necessary to read the report itself to gain a full sense of the change the working group calls for, recommendations can be summarized in four major areas: improved equality and inclusion training; better data collection; changing practices to improve diversity in student and staff recruitment and retention; and the broadening of history curricula in secondary and tertiary education.

History departments across the UK have devoted time and resources to exploring the issues, learning from the report, and making changes.

The RHS’s work on these issues did not end with the first report. In December 2019, the Society released a follow-up report that charts how they are beginning to address the problem of race and ethnicity. As the initial report states, the RHS “accepts that its own thinking and practices need to change to promote and embed racial and ethnic equality in UK-based History.” The 2019 report, “RHS Roadmap for Change Update,” documents the Society’s ongoing commitment to change. It also lists dozens of events and workshops and a range of publications including journal articles, reports, and blog posts that have happened in the 14 months since the initial report was published. And, of course, their work is ongoing.

It is clear from the 2019 report that history departments across the UK have devoted time and resources to exploring the issues, learning from the report, and making changes. The level of commitment to change varies greatly. Some departments reported actions as minor as changing photographs on their websites to reflect more diversity. But others have made major efforts, including auditing reading lists, revising curricula, creating academic positions, and other work to attract more BME students and faculty. While the update does not cover all history departments, there is clear evidence that the 2018 report has influenced both thought and action in departments across the UK.

But not everyone agrees with the RHS’s approach; some critics don’t believe that their recommendations go far enough. While she sees value in the work that the RHS is doing, Meleisa Ono-George, Director of Student Experience and Senior Teaching Fellow in Caribbean History at the University of Warwick, reflected on the RHS report in an article in Women’s History Review. She wrote, “Adding people of colour to the reading list, increasing the number of modules that include global histories or even hiring more people of colour, though commendable first steps, are just that, first steps and not enough to achieve positive change.” For Ono-George, real and lasting change will only come from moving “beyond diversity to the adoption of a social-justice oriented anti-racist praxis: antiracism in the way we teach, research and operate in and beyond the university.”

Ono-George and some of the survey respondents who call for decolonization of the curriculum remind us that concerns about race and historical education extend beyond the borders of the United Kingdom. Akin to the situation in the UK, history departments in US colleges and universities are overwhelmingly white, and with history in the United States near the bottom among humanities disciplines at attracting minorities, the report offers sobering reading here, too.

But the authors of the report see a “substantial appetite for change,” and Finn argues that it “matters to our students and our colleagues that we confront and diminish racial and ethnic bias.” The RHS recognizing its obligation to address its own place within a long history of discrimination and exclusion is one facet of the many changes that need to happen, with two reports and the activities they’ve encouraged constituting early stages in a long process. Beyond the RHS, the growing interest in the issues across the discipline in the UK and the actions of departments at least provide some cause for optimism about the future since “developing effective policies of diversity and inclusion constitutes an essential, integral component of our wider pursuit of excellence and innovation in the discipline.”

1 “Historical and Philosophical Studies” is a grouping used by the UK Department of Education that includes history, archeology, heritage studies, philosophy, and theology. Data on history enrollments specifically is scarce (which in itself poses problems for this kind of work at the department level), so this conglomeration is the basis for the report’s information on enrollments.