The Struggle to Commemorate Reconstruction

Following the American Civil War, the United States engaged in a process of reconstruction that was not only political and constitutional in nature, but also had serious, lasting cultural and social ramifications for the nation as a whole. During this period, formerly enslaved southern African Americans worked to reunite with families and created communities, while legislatures and courts debated who counted as a citizen and what rights they possessed. Americans were grappling with critical questions: What would freedom look like? What national identity would emerge from war? The changes that accompanied emancipation and the end of war were violently contested—and the legacy of that violence continues to resonate in American society today. 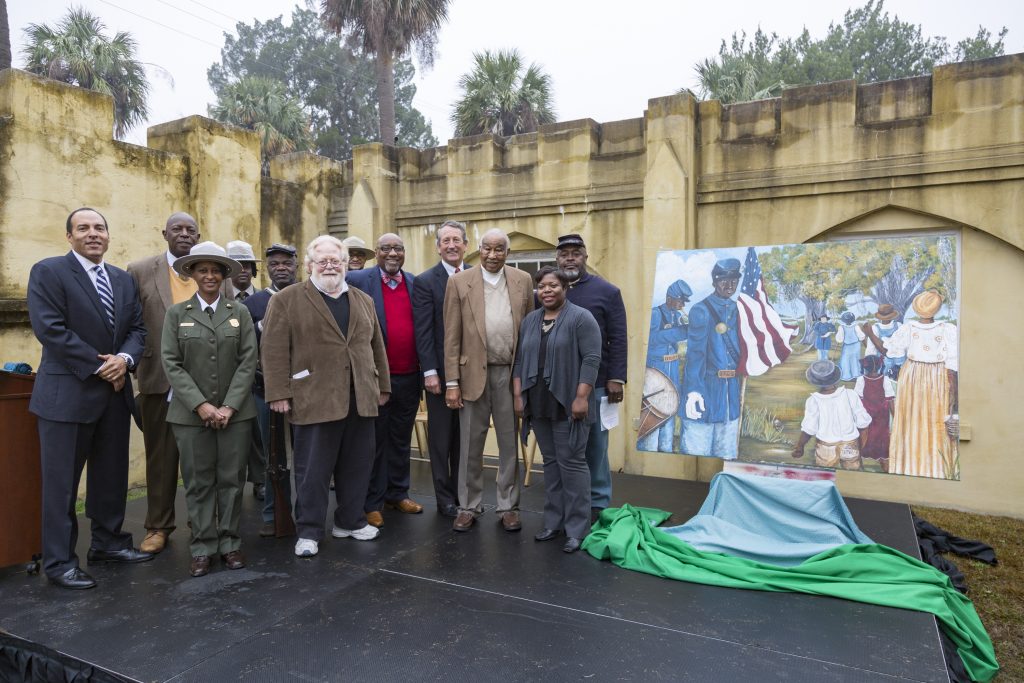 While hundreds of National Park Service (NPS) sites are tied to the Civil War, only one focuses on the tumultuous decades that followed: the recently created Reconstruction Era National Monument in Beaufort, South Carolina. The AHA supported this important expansion of the National Park Service system with a letter to the US Secretary of the Interior on November 16, 2016.

One year after President Barack Obama designated the Reconstruction Era National Monument, several people involved in this effort gathered on a panel at the 2018 AHA annual meeting to reflect on this achievement that was 15 years in the making. Kate Masur (Northwestern Univ.) and Gregory P. Downs (Univ. of California, Davis) moderated a panel that included Eric Foner (Columbia Univ.), former Secretary of the Interior Bruce Babbitt, Beaufort Mayor Billy Keyserling, and Molly Ross of the National Park Service. Together, they outlined the challenges of this effort and the lessons learned.

Some of the greatest challenges centered on the review process and the legal and policy requirements of the Antiquities Act of 1906, which grants presidents the power to designate national monuments. These were further complicated by the time constraints posed by the fast-approaching end of President Obama’s term: maps needed to be drawn, memos written, public hearings held, land secured. Masur and Downs wrote a theme study on the period.

Ross explained that complex land transactions needed to occur before President Obama could act. The Antiquities Act requires that the land designated as a national monument be owned by the federal government. Of the several locations that make up the monument (Brick Baptist Church, Darrah Hall at Penn Center, Camp Saxton, and the Old Beaufort Firehouse), only Camp Saxton was federal property. The federal government is prohibited from buying or soliciting donations of land; it needed to be offered. Land was critical to the process both because the NPS interprets physical spaces and because access to and the ownership of land has a deep, fraught history in Beaufort County, where formerly enslaved people struggled for land access during Reconstruction.

As Ross recounted, one person asked passionately, “You want us to give up land? Do you know how important that is to us?” At a meeting, according to Keyserling, a woman “stood up with a piece of wrinkled paper, covered in cellophane” and said, “See this? This is the deed to my great-grandfather’s property. If you read a history book, even today, you will read that my grandfather, a slave, when he was freed, was given 40 acres and a mule. He paid $8.49 for it. Nothing was given to him.” The belief that stories like hers needed to be told ultimately outweighed initial resistance. It was through the generosity of people in Beaufort that this monument was realized. The Brick Baptist Church donated a historic preservation easement to the United States, while Penn Center and the Keyserling family donated (respectively) fee titles to Darrah Hall at Penn Center and the Old Beaufort Firehouse.

In addition to the land, it was necessary to ensure that there was public support for the monument. Mayor Keyserling focused on the importance of community, taking time to understand local politics, and the need to “sit down and have honest conversations about what comes next and what we are leaving to the next generation.” In Beaufort, community engagement involved creating spaces to have those conversations, especially with people who were uncomfortable with or opposed to the national monument. A public hearing at Brick Baptist Church, for example, gathered together 200 people, including 40 speakers, to express support for the project. According to Keyserling, the central message of those who spoke was that it was “time for the truth” and “time to tell the real story” of Reconstruction and Beaufort’s past. The Park Service was also inundated by letters of support from community members and historians.

But NPS also faced pushback during the process. In the early 2000s, for instance, the Sons of Confederate Veterans (SCV) launched a lobbying campaign against the project. Michael Givens, SCV commander-in-chief emeritus, explained in a 2016 interview: “There’s a lot of history there. But if the Park Service was just going to serve up the politically correct version, we were against it.” The SCV’s objection was placated, Keyserling suggested, by the insistence that the monument was an effort to add to history, not erase it.

While celebrating the designation of Beaufort as a national monument, the panel urged the audience to think of the national monument in Beaufort as a stepping stone toward a broader integration of Reconstruction into our national story. According to Secretary Babbitt, historians should broaden the popular narrative of the Civil War so that it is no longer just a war story, but rather a story of conflict, resolution, and transformation. Certainly, historians have already engaged in this effort, but they must move beyond the confines of historiography. Academic historians need to develop better connections to those outside of the academy, Babbitt noted—to connect with leaders in the National Park Service, local communities, and others.

Eric Foner stressed that “most Americans are anxious to encounter new ideas,” and that “we historians have an obligation to try to disseminate the fruits of up-to-date scholarship in as many ways and as many venues as possible.” Panelists suggested building Reconstruction era connections into current NPS sites; creating a network of parks to which people could travel and learn about Reconstruction; and developing digital stories to broaden access. New sites could be located in areas that have existing historical structures and local support. But this history can also be incorporated into existing sites, including Civil War sites, such as Vicksburg, as well as Yosemite, Homestead, the Presidio, and sites related to the Buffalo Soldiers, the Indian Wars, and Gilded Age labor disputes.

Commemoration doesn’t need to happen at the level of a monument, Masur pointed out, citing recent programming and curriculum development related to the commemoration of the Memphis Massacre of 1866. With that in mind, how might we, as historians, lead a new commemoration of Reconstruction and its legacies?

For a conversation with historians Greg Downs and Kate Masur, whose advocacy was crucial to designating the national monument, please see “Monumental Effort: Historians and the Creation of the National Monument to Reconstruction.”