Looking for something to do New Year’s Eve? Take advantage of our discounted hotel rates and spend the night in Washington, DC. The capital offers a number of events and parties suited for an array of interests. 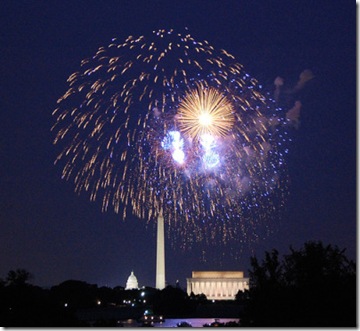 If you fancy ringing in the New Year at President Lincoln’s Cottage, Freedom’s Eve is the event for you! Freedom’s Eve features live music, an open bar, and dessert buffet. Admission to the event is available by advanced ticket purchase only.

Finally, there are a number of family-friendly events going on around the city including First Night Alexandria featuring a battle of the bands, fireworks, dance, and food scattered around Alexandria’s Old Town (many of the events are held inside Alexandria’s historic buildings).

The Big Night DC, at the Gaylord National Hotel & Resort on the National Harbor, is one of the of the biggest New Year’s Eve events on the East Coast. The event features five dance floors, fifteen themed party areas, an awesome DJ lineup (featuring Zenbi, DJ Chris Styles, and others), as well as live band music. Tickets can be purchased here.