The Find a Grave Assignment: An Experiment in Fostering Collaboration in the Classroom

College has always been more about individual work than collaboration. Critical thinking, analysis, and learning are individualistic endeavors, and grades are most accurate when they reflect the work of an individual. Yet each year the National Association of Colleges and Employers (NACE) surveys employers about skills and qualities they will be looking for in their new hires. At the top is communication, a skill colleges and universities have emphasized for decades. Second on a recent list, and consistently in the top five, is the “ability to work in a team structure.” Developing a project that accomplishes this and that does not require a large amount of class time, however, can be a challenge. Students often resist group work in classes for a variety of reasons, and many professors are reluctant to use any class time for things other than content knowledge-building.

Cottey College, where I teach history, has, for many years, emphasized collaborative learning. Recent school-wide requirements expect that all students know how to successfully contribute to the work of a group, but implementation has been complicated. I recently taught one element of this implementation: the multidisciplinary capstone class for BA seniors. The course was specifically designed around students not simply working in groups but actually forming a team through careful analysis of each person’s strengths and then executing an assignment together. Students were tasked with researching the severe health problems of the local community and proposing projects to Healthy Nevada, a local community health organization. Yet, despite the obvious importance of the project, some students were both resistant to working together and adamant that it was something they would never do in their careers. I began to feel that this was an area where a college education was not fulfilling its responsibilities, so I reconsidered my reservations about teaching teamwork.

As I looked at my history classes for the following year, hoping to incorporate some kind of meaningful teamwork-based projects, I was at first baffled. I already used group discussions and class-generated outlines for developing student essays. What I was now looking for was a more constructive example of working on a team, in which each individual would have a part to play that was aligned with her strengths and knowledge. Since students would not be completing the same tasks, I knew it would be complicated to directly align the assignment with course material, so for the experiment I decided not to attempt it. For my US History to 1877 course, I had students try out new types of collaboration on a very simple project using the Find a Grave website. Find a Grave was created in 1995 and has evolved into a valuable research tool for genealogy. The site is maintained by thousands of volunteers who visit cemeteries, take photos of headstones, and upload them to the site. 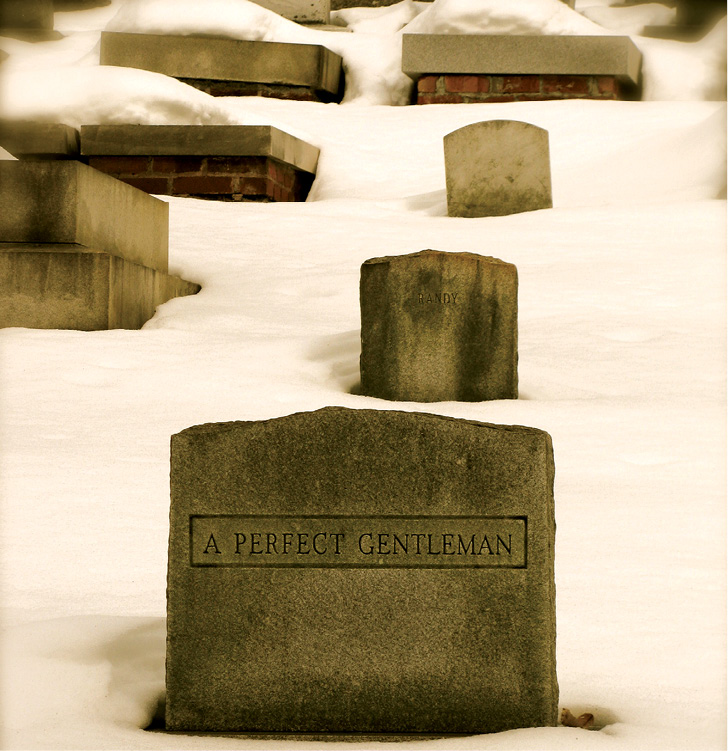 Luckily for genealogists, most headstones provide much more information than this one, which was placed for the grave of Randolph Bolling Hubard (1936–1991), descendant of Thomas Jefferson. He was buried in Monticello near his wife. Her headstone reads “ A Talented Lady.”

I decided to serve as leader for the project in order to model good team leadership skills for the students. I broke down the process of fulfilling photo requests on Find a Grave into four distinct roles that required different sets of skills: webmasters who would work with the website to both identify the photo requests for graves in our area and upload the photos; researchers who would use cemetery directories in the library to locate the graves and organize the trips to cemeteries; researchers who would travel to cemeteries to find the gravesites; and photographers to document the artifacts. The next task was to determine which students were best suited to take on each role.

There are many instruments for evaluating a student’s leadership style and strengths. I wanted something simple and free that I could administer right in the classroom. From colleagues knowledgeable about leadership, I obtained a “leadership orientations” survey based on the ideas of Lee G. Bolman and Terrence E. Deal (bit.ly/1jlt5mt), which my eleven students completed. The survey has six questions that identify how closely a student’s style corresponds to four “orientations”: structural, political, human resource, and symbolic. After discussing the results of their surveys and other circumstances that might impact success, such as access to transportation and a camera, the students and I worked together to decide who should do what activities. For example, two had experience with web design and scored high in the survey’s structural orientations category; they served as webmasters.

I did not set a due date, but I gave them a points-based rubric with criteria for success for the team as a whole so that the evaluation criteria would be clear. I also gave students both written and personal instruction on how to accomplish their individual tasks.

We spent half an hour of class time organizing for the activity, but after that only a couple of five-minute progress-report sessions were needed during class, so there was minimal impact on the rest of the traditional coursework. They completed the whole project in less than a month, earning the maximum number of points.

At the end of the assignment, but before the end of the semester, I asked the students to provide nonanonymous feedback. The responses stressed that the group collaborations had been successful; one student wrote that she was “really impressed with the way everyone picked a job and then completed it on their own.” Another said it was the only group project she had been involved in where each student had “pulled their weight.” The end-of-semester evaluations were more mixed, however. Students rated the course on average only a 3.5 out of 5 for “acquiring skills in working with others as a member of a team.” While the project was at the beginning of the semester and of short duration, I had hoped the experience of successfully working together would have made a more lasting impression. But other comments in the evaluations revealed a flaw with this assignment: it was not well-integrated into our course material.

The class was US History to 1877, but the graves the students were researching were nearly all from the 20th century. While it would be difficult to find very many requests for pre-1877 graves in our area, in the next course I might lessen the criteria of fulfilling a large number of requests and add a research paper to the assignment. Students could explore how burial practices changed over time, or, since so many people were buried in unmarked or only temporarily marked graves, what factors came together to allow these specific grave markings to survive. This would tie the teamwork project to other history skills, such as an understanding of cause and effect as well as identification of context. I could also focus on the workings of historical teams. I would assign sections of Ken Burns’s Not for Ourselves Alone, about Elizabeth Cady Stanton and Susan B. Anthony, and Doris Kearns Goodwin’s Team of Rivals, to start a discussion of the benefits and complications of relying on others to help accomplish tasks. In this way, I can use my history classes to teach students the skills of collaboration as well as provide them with examples of collaborations from the past.

Angela Firkus, professor of history at Cottey College, Nevada, Missouri, earned her PhD at Purdue University. In addition to the US surveys, she teaches women’s history, Native American history, historical methods, and environmental history. She is also the coordinator of the BA in Liberal Arts program. Her research area is race and gender during the Gilded Age and Progressive Era.